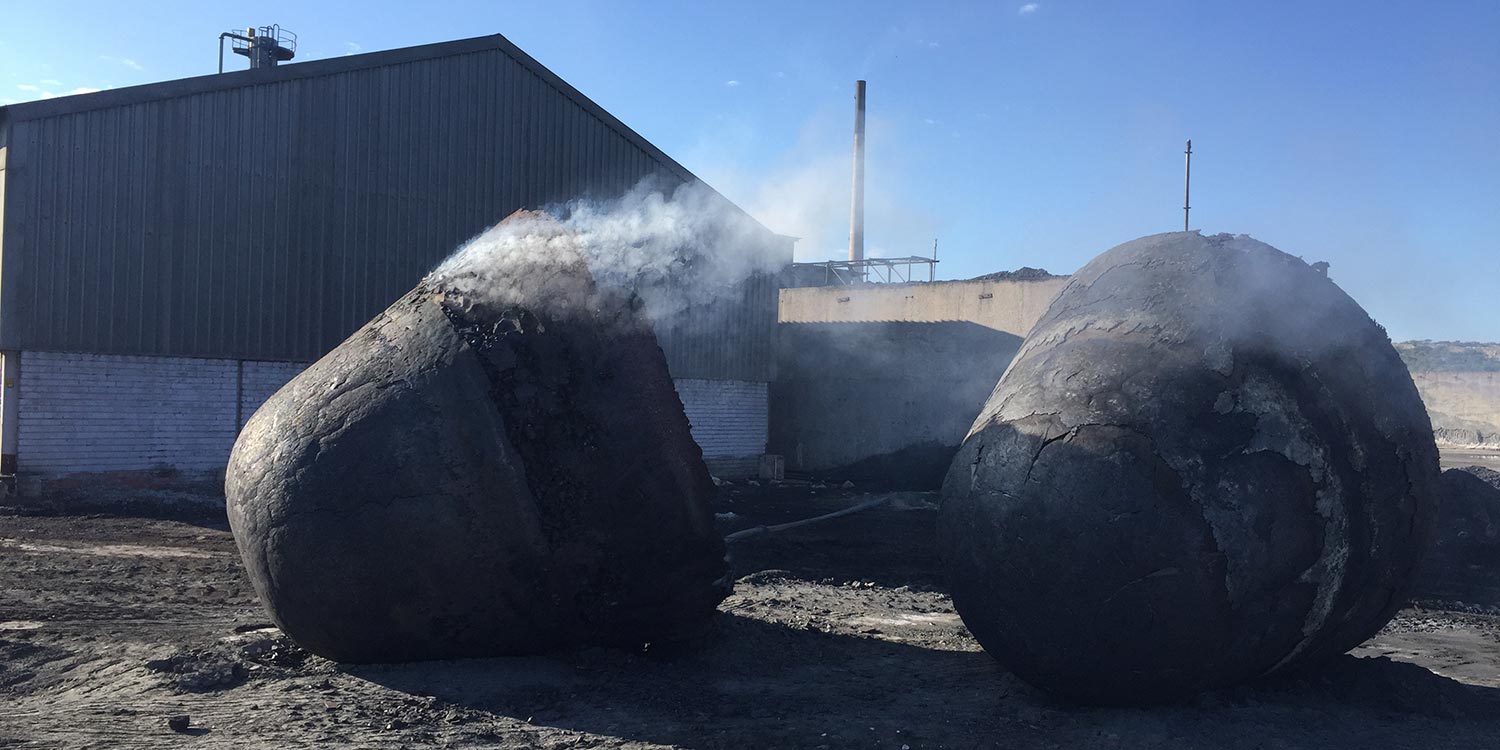 About two years have passed since a Bankwatch report exposed how highly toxic substances are being kept in unsafe conditions at a smelter in Tsumeb, Namibia. For months, the smelter’s operator, Canadian mining company Dundee Precious Metals, has denied access to environmental information of the smelter. A planned expansion of production has is now forcing the company to disclose some of the information in a public consultation process.

In 2016 the Canadian Dundee Precious Metals announced plans to expand production at the Tsumeb smelter in Namibia. The production is to rise by more than 50% to 370.000 tons of processed dirty copper concentrate a year. The company is now seeking an amendment of the existing Environmental Impact Assessment (EIA) for the expansion.

The smelter and its impacts

The Tsumeb smelter is fed with concentrate coming predominantly from the Chelopech mine in Bulgaria and the El Brocal Colquijirca mine near Cerro de Pasco in Peru. The former is operated by Dundee and financed by the European Bank for Reconstruction and Development (EBRD) In addition, the EBRD is supporting Dundee with a revolving debt of up to EUR 250 million.

The planned increase in the production capacity will have additional costs for the environment and the health of the Namibian people. According to the Environmental Impact Assessment for the production increase, it will boost SO2 emissions by 53%. PM 10 emissions are expected to increase by 19%, arsenic emissions by 54% and H2SO4 emissions by 42%. As a result the air pollution will inevitably soar.

The production expansion also increases the risks associated with piling the highly carcinogenic arsenic trioxide, a by-product from the smelting process, in a dump site nearby. The site is located in one of the most geo-morphologically complex parts of Namibia with underground cave systems that stretch hundreds of kilometers.

In 2016 we received highly disturbing photos and videos documenting slow cooling slag, a new practice in the smelter. The hot slag is thrown in the yard of the smelter and the workers wait until it cools down. During this process, toxic fumes of the highly carcinogenic arsenic trioxide must affect the workers in very high concentration before spreading further to the town of Tsumeb and the surrounding villages.

We have shared the documentation with the EBRD but have not received a response that addresses the concerns we raised.

None of my business

While the EBRD has turned down all our requests to discuss Tsumeb, arguing that they are not financing the project, insiders told us that the EBRD has been very nervous about the situation in the smelter. And rightly so, because by failing to consider the environmental and social impacts of the entire chain of production they fund with the Chelopech mine in Bulgaria, the EBRD provides an incentive to export the most polluting parts of their business to places with less public scrutiny. Out of sight, out of mind.

Following Bankwatch’s revelations from Tsumeb, the EBRD finally visited the site. Not long after, Dundee announced that they will close the arsenic plant, a facility used to purify the arsenic trioxide by removing all other substance. The nearly pure arsenic trioxide was shipped to South Africa and Malaysia to be used for pesticides and wood-treatment. The closure of the facility however, will not solve the problems with the toxic waste piles in Tsumeb, for which a long term solution still needs to be developed.

The good life – Interactive documentary on Tsumeb and Chelopech 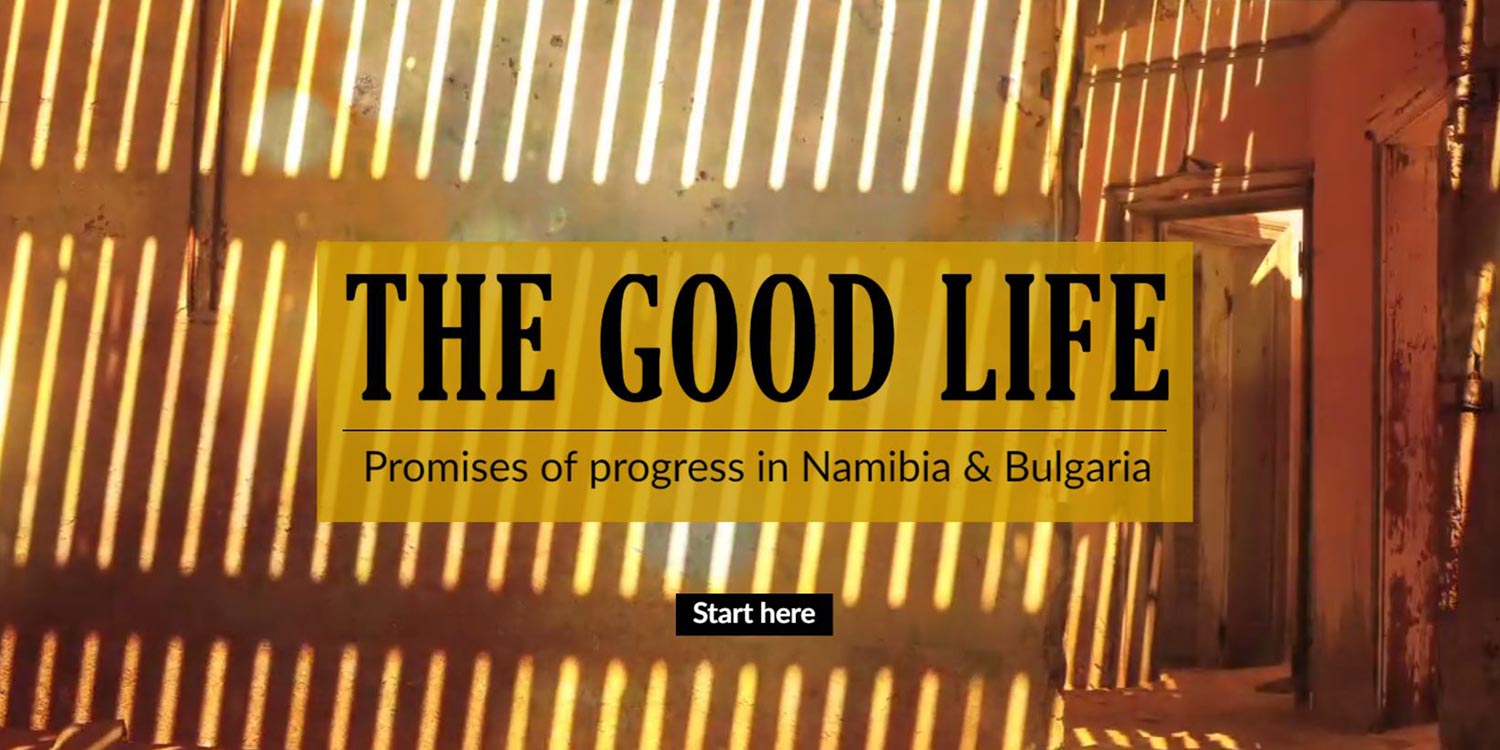 The documentary explores the meaning of progress, development and well-being in two places on two continents that are connected through the Chelopech copper mine and the Tsumeb smelter.

Responsibility lost in the production chain

Dundee has equally broken the chain of responsibility in all the stages of production. The company produces concentrate in Bulgaria. Yet, they avoid responsibility for what happens to it afterwards. Louis Dreyfus Commodities (a commodity trader based in Switzerland) buys the concentrate under an exclusive rights contract and brings it to Dundee in Namibia to process it while maintaining its ownership of all the final valuable resources.

Dundee in Namibia plays the role of a contractor who is specialised in the processing of dirty ore. The product coming out of the smelter in Namibia is black copper – almost pure copper from which all toxic waste has been removed and which can be processed further anywhere in the world. No one will ever ask about the pollution that was left behind in Namibia.

Who benefits from the expansion?

The round of public comments for the EIA on the smelter expansion ended in May 2017.  An EIA done by an international Consulting company is a clear step forward for the project in making the impacts of the smelter and its expansion publicly available. (The gaps that we have identified can be found in our comments to the EIA report.)

When we prepared our report in 2016 we had to build the puzzle of Tsumeb’s impacts from scratch, estimating the piling stock of arsenic in Tsumeb and the health hazards for the workers and the local population. Apart from attacking Bankwatch in the Namibian press, Dundee never commented on the substance of our claims.

Interestingly, the EIA report confirms the claims we’ve made in our report from 2016. It also suggests that we might have even underestimated the impacts of the smelter and the ticking time bomb that piling toxic waste represents.

From an economic perspective the increase of the capacity will be beneficial for the company. Yet from a social perspective the benefits are negligible since no new workplaces will be created. According to statistics from previous years quoted in the EIA report the entire employment rate of the smelter was 667 people – a really small number compared to the Tsumeb population of approximately 25.000.

With unemployment at 36% in Tsumeb (2012), a much higher rate than the 26.4% in the Oshikoto region it belongs to, and with Dundee enjoying tax-exemption, no significant social benefits can be expected from the smelter’s expansion.