More than 20,000 people have signed a petition to demand Vinci’s withdrawal from the construction of a highway section through the Khimki Forest in Russia. 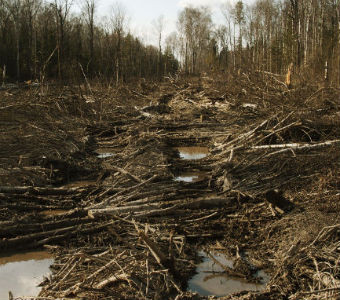 While the week of action to save Khimki Forest is in full throttle, the activists in Russia can now add another landmark in their struggle against the destruction of their valued nature. More than 20,000 people from 161 countries have signed a petition to demand Vinci’s withdrawal from the 1.5 EUR billion toll highway section through Khimki Forest. Supporters plan to present the petition at Vinci’s annual shareholders meeting in Paris on May 2nd.

Many of us were impressed by the dedication of the environmentalists in Russia, who are leading one of their country’s biggest protest movements in years.

This inspiration has now spread around the globe in just one month. The Save Khimki Forest campaign has become one of the most popular global petitions on Change.org and has garnered additional support from Avaaz, the largest activism community in the world, as well a number of civil society organizations throughout Europe.

This week, protest actions are also being held by supporters around the world, including in Moscow, Toronto, Buenos Aires, Prague, Mexico City, Zagreb, Klin, and Khimki, before Vinci’s shareholders meeting.

So far, Vinci has washed its hands of responsibility for the litany of documented abuses surrounding the project.

Michèle Rivasi, a French member of the Green-EFA Group in the European Parliament, also called on Vinci to take action this week. “The battle for Khimki forest in Russia is a symbol for the green movement. Russian activists are not only fighting to protect their forest and their environment, they are also fighting against corruption, censorship, violation of laws and human rights, oppression against civil society […] Since the beginning, this project has been done without any real public participation, what is going against essential and basic rules of democracy. […] it’s particularly shocking to see a French company – Vinci – participating to this harmful project. I ask Russian authorities to stop violence against activists and Vinci to withdraw from this project,” she said.

Image: A clearing in the Khimki Forest. (Original image CC 2.0 by Daniel Beilinson)