Clean air has become a rarity in the Western Balkans, and so has proper air quality monitoring. In Europe, a whooping EUR 11 billion in lost productivity and health costs caused by air pollution from coal plants in the region dwarf the investments in the implementation of air quality legislation. The result is an incomplete and unreliable air quality monitoring system. 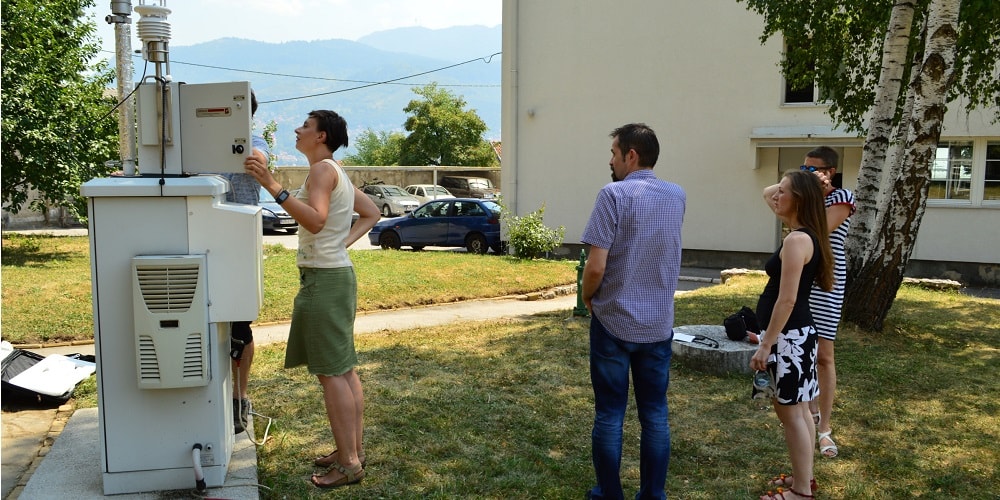 A new report Chronic Coal Pollution shows that Western Balkan coal power plants emit 20 times more than an average EU plant, causing thousands of lost lives and chronically ill people, in addition to millions of euros in health costs all across the continent.

Worse still, these findings might be understated due to a lack of monitoring data. Many of these power plants are not properly monitored by the national ambient air quality monitoring systems.

Several reports, including Air Quality in Europe 2018 and our own independent air quality monitoring, show that the air quality in the Western Balkan countries is gradually worsening. Outdated coal power plants and loosely regulated open-cast lignite mines might not be the only source of air pollution, but as the Chronic Coal Pollution report shows, their contribution is undeniable massive.

Under the Energy Community Treaty, the Western Balkan countries were obliged to bring all thermal power plants in line with the Large Combustion Plants Directive (LCPD) requirements by January 2018.

More than a year after the original deadline however, the requirements remain unfulfilled. Meanwhile, the same power plants continue to log thousands of working hours with the same overused equipment.

Even the most basic requirement to continuously monitor emissions is not fulfilled at most of the plants. Available data is mainly composed of estimates based on periodic measurements; the monitoring of emissions does not provide real-time access to air quality data and the results are only available through yearly reports. Additionally, this data does not include dispersion patterns and effects on the surrounding population and ecosystems.

Failing the health and environment directive

Unlike the LCPD that targets pollution at the source, the Ambient Air Quality Directive (AQD) is established “to protect human health and the environment as a whole” and therefore provides principles for continuous real-time monitoring of air pollution and obligations related to emission reduction at the national, local, and community levels. In order to accomplish its goals, the AQD determines the siting criteria for sampling points for the assessment of ambient air quality:

The regions’ thermal power plants, being an immense source of air pollution, should have been first in line for monitoring.

All Western Balkan countries have transposed the AQD in their national legislation, but secondary legislation for its implementation varies significantly from one country to another (or even within the same country, as is the case for Bosnia and Herzegovina).

One of the key reasons why the EU is making progress in curbing its air pollution is that there is a level playing field for all countries, and they all aspire to the same standards. This is not at all the case in the Western Balkans.

As clearly visible on the map, most of the power plants are not sufficiently monitored: many of them fall outside the monitoring stations’ range and do not cover all relevant pollutants. Several of those, such as Stanari in Bosnia and Herzegovina, and Kolubara and Morava in Serbia, are completely excluded from the national monitoring systems. The closest monitoring station to TPP Stanari is 25 kilometers away, and to TPP Morava – almost 30 kilometers away.

If the governments are serious about their citizens’ health, proper implementation of the AQD is a must.

In the Western Balkans, we need to get back to the basics and have a reliable system of air pollution monitoring and assessment in place before we move on to air quality plans, national emission reduction plans, and step further.

In order to combat air pollution, we have to know where it comes from.