Tajikistan has long suffered from serious energy shortages, but is a new coal power plant really the answer? 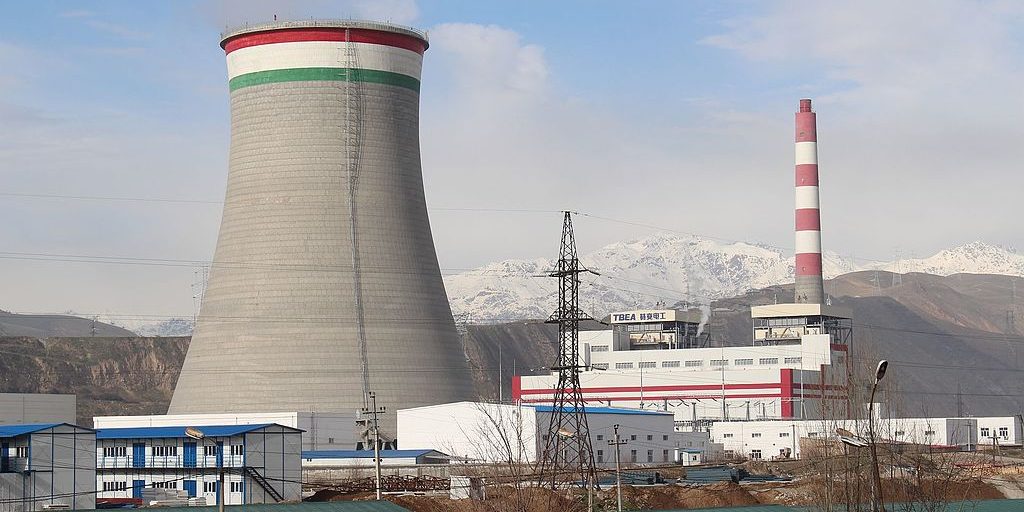 Tajikistan has long suffered from serious energy shortages. Ninety six per cent of the country’s electricity is generated by hydroelectric power plants, and acute electricity shortages appear often in winter, when water levels in rivers are low. Many villages in Tajikistan still do not have access to the electricity grid, and until this year, cities were limited in electricity supplies in the autumn and winter periods.

Deliveries of natural gas from its only foreign supplier Uzbekistan stopped 2012, so residents have no choice but to inefficiently heat their homes with electricity. The Tajik government subsidises electricity supplies for three main groups: the general public, pumping stations for irrigation and large steel mills like the Talco aluminum plant , which are two significant contributors to the economy.

In order to reduce power consumption and ensure uninterrupted electricity supplies, authorities have decided to build a second, 100 megawatt thermal power plant – Dushanbe-2 – in the the capital.  The president has said that in addition to securing supplies, the project will contribute to the industrial development of the  capital and agricultural and industrial production of the central region.

Costs for the Dushanbe-2 plant are estimated at USD 349 million, оf which USD 331 million is from the Chinese Eximbank and USD 17.4 million from the Tajik government’s largest energy holding company, Barki Tojik. The Chinese construction company Tabian Apparatus StocCo (TBEA) was selected as the main contractor for the construction. The project was implemented under a tripartite agreement between the Ministry of Energy and Industry (now the Ministry of Energy and Water Resources), JSC “TBEA” (China) Ltd. and “TBEA Dushanbe mining industry”. Barki Tojik is believed to manage Dushanbe-2, but some interviewed sources suggest that the holding company also oversees a process of transmission and distribution of electricity, but not generation.

Construction on the first stage of Dushanbe-2 began in November 2012 and was completed in 2014. The second phase of construction began in 2015 and lasted for 17 months, bringing the total capacity of Dushanbe-2 to 400 MW. However, the power plant is not working at full capacity during most of the year. Electrical substations at Shahrinav (220 kW), Hissar (110 kW) and Hissor Shahrinav (110 kW) were built as a part of the  TPP “Dushanbe-2” complex.

Dushanbe-2 is the largest thermal power plant in the country and the main consumer of domestic coal. It consumes about 45 per cent of the coal mined in the country. About 180 000 tonnes of coal are used monthly during the heating season. The coal is delivered to the plant by vehicles from the Ziddi coal deposit. Operation of the power plant has lead to a drastic increase of coal mining in Tajikistan.

According to official data, woven and electrical filtration systems are installed at the plant in order to ensure low combustion emissions into the atmosphere. Special scrubbers treat up  to 99.8 per cent of the emissions, while the plants solid waste is used in the production of building materials (blocks and bricks).

However, various sources deny the presence of the quality filters for cleaning emissions. As Dushanbe-2 began its operations, rumors spread that the contractors installed second-hand equipment from China, which the Tajik authorities deny.

In addition, the coal storage area – with a capacity of more than 120 000 tonnes – was built close to the plant and less than 50 metres from residential homes. The plant is located near the centre of Dushanbe, and is less than a kilometre from the city botanical gardens, amusement park and a soon-to-be-constructed sports complex.

Local residents living in the neighborhood of the project complained about dust deposited all over their streets during the first stage of the power plant’s operations in 2014. Employees and visitors to the amusement park repeatedly spoke of dark soot covering the area.

While the storage of coal remained in the open for some time, it now is covered with a special construction.

Director of TBEA in Tajikistan Van Tszyan responded to a number of these complaints that because the project was just beginning, it would use diesel in the first stages of the project.

Many official agencies were against the construction, including the Dushanbe executive authority, Environmental Protection Committee, Agency for Construction and Architecture, State Committee on Investments and State Property Management, Ministry of Transport, Ministry of Finance and Ministry of Economic Development and Trade.

However local environmental groups maintain their concerns over the impacts of coal in the energy sector and its effects on the environment in Tajikistan.