“We invest in changing lives” is the slogan of the European Bank for Reconstruction and Development, whose investments in 2018 reached EUR 9.5 billion through 395 projects. Whether the change is for better depends on the bank’s environmental and human rights safeguards. 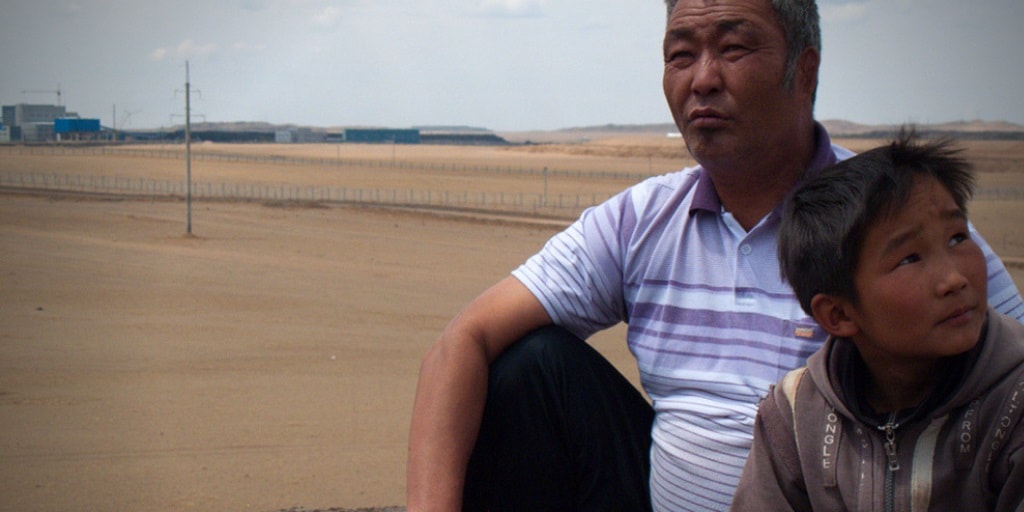 Should people have a say when their lives are changed?

The world has come a long way since 1991 when the bank was established after the fall of the Iron Curtain, and citizens nowadays more than ever demand respect for their right to know and participate in decisions that impact their lives.

These rights to know and have a say should be respected regardless if the EBRD lends money for a billion-dollar dam in Georgia’s mountains or 10 million dollar loan for the upgrade to Mongolia’s waste infrastructure through the EBRD’s Green Cities initiative.

While advancements in communication technologies have greatly enabled the sharing of information and soliciting of public opinion, the EBRD policy is still firmly in the last century when it comes to transparent and participatory decision-making.

A young entrepreneur in Egypt, a waste-picker in Serbia, a Svan woman in Georgia or a retired teacher in Mongolia, all have one thing in common. Their lives have been profoundly changed by the investments of the EBRD.

Projects financed by the bank can bring various improvements, such as new jobs, modernised infrastructure, energy savings and lower production costs for small businesses, cleaner and more reliable public buses or more efficient district heating. But they can also result in adverse impacts, for example through the resettlement of communities, loss of livelihoods and income, loss of cultural heritage, destroyed nature and loss of biodiversity, increased pollution and health risks and higher bills for basic services like water supply.

The three policies are currently being revised and one question that the revision raises is ‘Should people have a say when their lives are changed?’

Categorisation and the right to know and participate

According to the bank, a participatory approach is only required for highest risk projects, such as new mines, landfills or waste incinerators, gas pipelines and big dams. These projects are given category A and call for environmental and social impact assessments and formal consultations with project affected people and interested stakeholders. But the majority of EBRD projects are categorised as B, so the bank leaves the responsibility to its clients and local authorities to inform and consult citizens.

An analysis done by the International Accountability Project examined 195 EBRD projects from 1 November 2017 to 30 November 2018 and found that only 13 projects were categorised as A, thus requiring an impact assessment and public disclosure of information by the bank.

How about the rest of the 182 projects in the EBRD’s portfolio?

Category B urban infrastructure projects can impact millions of people and EBRD investments can lead to significant infringements on the rights of citizens. These projects can still cause harm that needs to be assessed and mitigated in a participatory manner, even if they are intended to modernise infrastructure and services, or significantly improve energy efficiency and reduce greenhouse gas emissions.

For example, there are waste-pickers who can lose their livelihoods when a landfill is upgraded. Street vendors or small shops can lose income due to the reconstruction of city streets. People may need to be resettled when new water infrastructure is built or when district heating pipes are renewed. Increased bills for water supply or district heating can hit the poorest the most, as single mothers or retired people can be disproportionately affected by tariff increases.

Often at highest risk are the most vulnerable people who may not have legal title to land or official property ownership, or vendors who lack a license to sell on the street.

Another example of harmful projects that are poorly assessed and consulted with affected communities and the public are small and medium-sized hydropower projects.

These are usually considered lower risk and thus given category B by the EBRD, as often the bank’s investments are channeled via commercial bank clients. The damage these projects can cause on pristine nature and local communities is amplified by the sheer number that are planned, resulting in a “hydropower tsunami” in some Balkan countries.

Weak regulation by Balkan authorities together with opaque political and business interests have underline the responsibility of the EBRD to ‘do no harm’ when handing money to local banks for “green” energy.

In many of the EBRD’s countries of operation companies and authorities lack a culture of transparency, or even worse, are entrenched in corruption, top-down and technocratic decision-making or actively repress freedom of expression.

Some of the banks “development partners”, including bank shareholders and recipient countries, show an extremely weak commitment to sustainability, democracy and respect for human rights, a prerequisite for investments according to the bank’s establishing charter.

This context should not be an excuse for the EBRD to delegate responsibilities to its clients and do less on transparency – on the contrary, it should only motivate the bank to provide stronger safeguards for people and nature.

It feels that the bank is constantly learning and then forgetting old lessons, for example the lesson that even when national requirements are met, affected people can still be left without information and the opportunity to influence the design of projects and mitigation measures.

The EBRD’s good governance policies have evolved significantly in the last ten years, and the current revision process has brought a number of important improvements. We welcome the improvements in safeguarding gender and labour rights, as well as the greater independence of the bank’s Accountability Mechanism to provide remedies for policy non-compliance or harm done to project affected people.

Still, every policy is only as good as its implementation. In this regard, the commitments of the EBRD to carry out human rights risk assessments needs clarity about its operationalisation in determining correctly the potential for inflicting harm on people and human rights defenders.

While the bank’s intermediated financing through commercial banks, equity investment vehicles and other financial services funds is on the rise, the new policies are not promising to bring more transparency to these investments.

In the end, it is noteworthy that the bank is attempting to again drop its recognition of the importance of the principles, purpose and ultimate goals of the Aarhus Convention. The UNECE Convention on Access to Information, Public Participation and Access to Justice on Environmental Matters is an important benchmark for international bodies like the EBRD. Not least because parties to the convention including the European Commission, EU Member States and a number of recipient countries in the Balkans, the EU’s Neighbourhood and Central Asia that hold more than half of the shares in the bank.

As consultation meetings began this week in Kyiv and Tbilisi, hopefully stakeholder inputs will again motivate the EBRD to improve, not degrade, its commitment to transparency and participation.