Our analysis of the latest available lending figures from the European Investment Bank show a striking imbalance between what was invested towards climate adaptation and mitigation in old and new EU Member States. 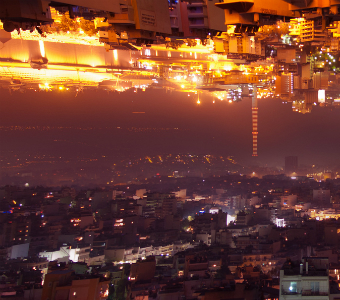 After the European Investment Bank announced tight restrictions to its coal lending last year, we still have to wait several months to assess the bank’s lending against the background of its new energy policy. But also the latest available figures for the EIB’s energy and climate action lending from 2012 provide valuable insights into the challenges that lie ahead of the bank, specifically with a view on renewables and climate action, now that coal is out of the picture.

At today’s annual meeting between the EIB’s Board of Directors and civil society representatives, Bankwatch colleagues among others discuss data from the EIB’s lending statistics. Below are a few snapshots of our findings. (For absolute lending figures see the corresponding tables in our briefing paper.)

The EIB’s lending to renewable energy dropped along with total energy lending (EUR 12.7bn down to EUR 8.4bn). While this in itself cannot be taken as a trend, the charts below show how it nonetheless exacerbates the imbalance between old and new EU Member States, with the latter receiving only a meagre EUR 65 million (or 3.1 percent of renewables lending within the EU) compared to the EUR 2 billion in EU15 countries.

A similar asymmetry can be found in the EIB’s climate action lending (which includes also non-energy lending, most notably to transport and waste projects).

The EIB’s aim is to invest 25 percent of its portfolio in climate action. But while in the EU15 it has already surpassed this threshold, the EU12 are missing out on the potential to renovate and upgrade their infrastructure. More specifically, if it wasn’t for Poland, the EIB’s climate action lending in new EU member states would constitute only 6.4 percent of total lending – a far cry from the bank’s ambitions.