A new report calculates the effects of coal-fired power generation across Europe on chronic lung disease and some heart conditions and the associated costs. It is another clue for both the European Bank for Reconstruction and Development and the European Investment Bank to end support for coal as the two revise their energy policies. 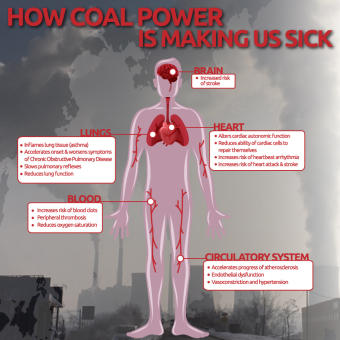 (The map does not display values for Turkey.)

Of the 20 most polluting coal-fired power plants in the EU, five of them are Romanian installations at Turceni, Rovinari, Drobeta Turnu Severin, Isalnita and Mintia. Need a figure? 426 kg of mercury emitted each year at the Turceni power plant. Do you need a dispersion model? Suffice it to say that the Romanian government is taking steps (not unlike other countries in Europe) to postpone emission reduction at 28 power plant installations, while the EU accedes to the country under the Industrial Emissions Directive.

Following a similar campaign about the health impacts of coal-fired power generation in Kosovo, the HEAL report provides another stark warning to both the European Bank for Reconstruction and Development and the European Investment Bank as the two revise their energy policies and consider what if any restrictions to place on financing for coal projects. The report is yet more fuel for the need to phase out support fossil fuels starting with coal. The EU needs to get its act together, for cleaner air, to prevent climate change, and for better health.