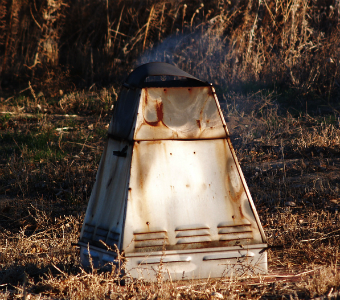 “We can not fund this incinerator because the Czech Republic can not explain how it relates to the [country’s] waste management system, designed to meet the objectives of the [European Waste Framework] Directive.”

A further recent pronouncement confirms wider Commission scepticism about the preparedness of and rationale behind ongoing incineration plans in Czech Republic. The Commission commented in late January on a near final draft of Operational Programme for the Environment (OPE), one of several key blueprint texts that will shape and dictate how the country spends its EUR 20.5 billion of EU funds in 2014-2020.

And the Commission’s verdict on the OPE waste proposals wastes no time in getting its point across, kicking off with this:

“The analysis presented and the specific objectives proposed to be met do not correspond to actually existing problems with the waste management policy in the Czech Republic … The presented OP is, according to p. 61 (CZ version), based on the existing National Waste Management Plan (from 2003), which is not in compliance with the European Waste Framework Directive and should have been replaced in 2013 by an updated plan. Therefore, the Commission cannot agree with the assertion of the Czech authorities that the National Waste Management Plan correctly addresses the obligations of the Waste Framework Directive.”

Turning specifically to waste incineration, and continuing its roasting of the Czech authorities, the Commission verdict effectively ‘locks out’ Czech incinerators from EU funding support:

“According to the latest discussion with the Czech authorities, there is no clear strategy including the number of the incinerators actually needed in the short or long-term perspective. Therefore, there is no justification for large and costly waste incinerators. Moreover, the higher levels of the waste hierarchy [eg, reuse and recycling] within the Waste Framework Directive should be supported by the EU funds. In order to avoid a ‘lock-in’ situation leading to the burning of waste which discourages waste prevention and recycling (as also raised during the meeting between Commissioner Potočnik and the Minister of the Environment in January), these investments should not be supported from the OPE.”

So, the current EU programming period (2007-2013) has seen no EU funding support for any municipal waste incineration project, and there is not going to be any such support in this period – indeed the poorly conceived incinerator plans (in Plzen, and too in the towns of Karvina and Most) have lead to around EUR 180 million being reshuffled unstrategically across Czech Republic’s EU budget lines, when such money could have been deployed effectively and prudently for sustainable waste management initiatives in the first place. A great deal of the failed incinerator money may in fact end up being sent back to Brussels.

In my view, if the benefits of concentrating our waste planning on much greater waste prevention and recycling were not already blindingly obvious, then the European Commission’s concerns surely underscore the pressing need to do something rather different in the Czech waste sector.

Yet the Czech ministry of environment remains intent on ‘recycling’ the same old thinking for 2014-2020 EU spending.

The Plzen and Most incinerator projects are back in the most recent EU funds spending drafts, with a potential overall EU subsidy of EUR 77 million. The same money could support providing waste bins for full waste separation that would benefit 380,000 Czech households. It would also mean a lot less messing around and time wasted trying to develop these pie in the sky, ‘landfill in the sky’ incinerator projects that are so unpopular with communities. But it seems, despite recent history and all the warnings, that the Prague authorities are determined to bring about another fine EU funds mess.