November is shaping up to be crunch time for a new 600 MW lignite plant planned to be built at Sostanj in Slovenia. If the Slovenian government doesn’t manage to offer a state guarantee for loans from European public banks that should cover half the construction costs by the end of this month, the project could fail. At Bankwatch, we’re preparing our popcorn for the latest Sostanj thriller, on show across Europe this month. 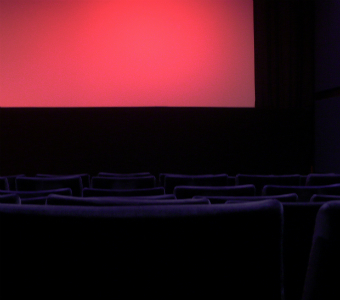 Last Friday, in the latest exciting episode, Alstom, the French company contracted to provide the main equipment for the plant, stopped works on the site, fed up with constant delays on due payments from the TES management (154 million euros were supposed to be paid to Alstom by October 30). They’ll get back to work, they say, if they’re paid the due amounts. However, if they leave and stay away for just 2 months, additional 30 million euros could be added up to an already exploding bill for the new plant, which has reached over 1.3 billion euros by now.

The Slovenians, of course, didn’t have the money for this plant in the first place. That’s why around half of the costs are to be covered by two European public banks, the European Investment Bank and the European Bank for Reconstruction and Development. And here’s where it gets interesting. The European Investment Bank wants a state guarantee for its loan (not only is the EU’s house bank financing a dirty coal plant that should not be built in the first place, but it’s asking the Slovenian tax payer to commit to covering the eventual losses).

Slovenian decision-makers are not able to offer this state guarantee just yet: even though earlier this year the Slovenian parliament passed the state guarantee law (with an awesome 29 out of 90 votes!), the government still needs to assess if the new investment plan for TES 6 is in line with national legislation and with the conditions authorities set out for the guarantee.

As a matter of fact, the foot dragging is happening because it is really doubtful whether the investment plan meets these conditions. An internal rate of return of 9% is required, but is totally unrealistic, as is guaranteeing lignite costs at EUR 2.25/GJ. It has been quite clearly proven that the TES management has overestimated the profitability of the plant and with all these delays the profitability of the plant can only be going down, not up. The project promoters also hasn’t assessed the CCS-readiness of the plant, as national legislation demands.

On top of that, all eyes are on the Slovenian government not to mess up this decision: earlier this year, a state commission for the prevention of corruption claimed that conditions of corruption existed (pdf) at the time of awarding the contract to Alstom and that national public procurement legislation may have been breached. Investigations are ongoing both in Slovenia, as well as at European level (the European Anti-Fraud Office is looking into the corruption allegations and so are internal investigators at the EIB and EBRD).

Last week, the Slovenian finance minister told national media that there are still unresolved issues around the state guarantee. We don’t know precisely which issues he meant, but certainly there’s no lack of problematic points, we mentioned only a few.

So now we’re waiting. We’re waiting to see how the Slovenian government is able to pull this one off. Under public scrutiny, how to figure out a way to pay 1.3 billion euros for this plant, much of it to a company that is under suspicion of having conducted corrupted acts to get the contract?

We’re also waiting (since spring) for the results of the internal investigations at the EIB and the EBRD. The banks are now saying that they won’t pay their half of total costs unless the Slovenians pass the state guarantee. As if that were the only criterion. The banks have promised to thoroughly look into the corruption allegations themselves as well as co-operating with the OLAF investigation. Let’s hope they don’t suddenly forget about this when under pressure to come up with the money.

If they all manage to pull it through by the end of November, we’ll have a proper state guarantee, some money paid to Alstom, a resumption of works, and the EIB and EBRD getting ready to pay their due. In that case, our thriller will have turned into a predictable romantic comedy: the sides kiss and make up, putting on fake smiles to persuade us all that there was no dirty dealing in the awarding of the contract, that this coal plant is really necessary for the Slovenians, and that European public banks are safeguarding the interests of European citizens.

Meanwhile, while waiting to see how the plot develops, we’ve nominated Alstom for the Public Eye Awards, a competition of the world’s least ethical companies. Because, as you may remember, allegations of corruption around Alstom are not appearing for the first time: we’ve heard about them across continents, types of business, and despite fines and investigations. Keep an eye on this blog to see whether Alstom wins, despite tough competition from other corporations around the world.