After more than three months delay, the Complaints Office of the European Investment Bank recently released its concluding investigations (pdf) into the banks involvement in the resettlement of 175 predominately Roma families from underneath the Gazela bridge in Belgrade. 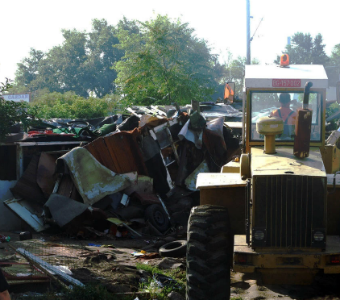 Responding to a complaint (pdf) lodged by Bankwatch and Serbian member Centre for Ecology and Sustainable Development (CEKOR) the Complaints Office of the European Investment Bank has, in an unprecedented step, determined that unless the EIB tidies up its financing performance of the project by the end of this year, the bank will have to fully recall its EUR 25 million loan for the project.

The complaint (pdf) was submitted to the EIB’s redress mechanism last September, alleging the banks mishandling of repeated requests for information and its flawed appraisal of the vastly complex social risks of the project. Many people from the former settlement still lack adequate housing or provisions for employment.

The report confirms Bankwatch’s allegations that the EIB did not pay sufficient attention during the project assessment: “the severe social impact of the project should have led the EIB’s competent services to exercise a cautious and targeted social assessment with a view to pro-actively identifying (and therefore promptly addressing) the major social concerns during the appraisal of the projects”, while EIB documents do not contain “any documental evidence of an appropriate identification of the social issues at stake”.

It also concludes that this was a reason that the EIB added little value to the resettlement action plan or the work of the Serbian authority to carry out satisfactory resettlement solutions.

Finally, the report concludes that further disbursement of the loan may only take place if an audit confirms that all the conditions have been fulfilled. If this does not happen by the end of 2010 the loan will fully be recalled.