After a field visit to the Lake Ohrid in Macedonia, the UNESCO requested the Macedonian government to halt construction projects in the area, one of which is supported by the European Bank For Reconstruction and Development. 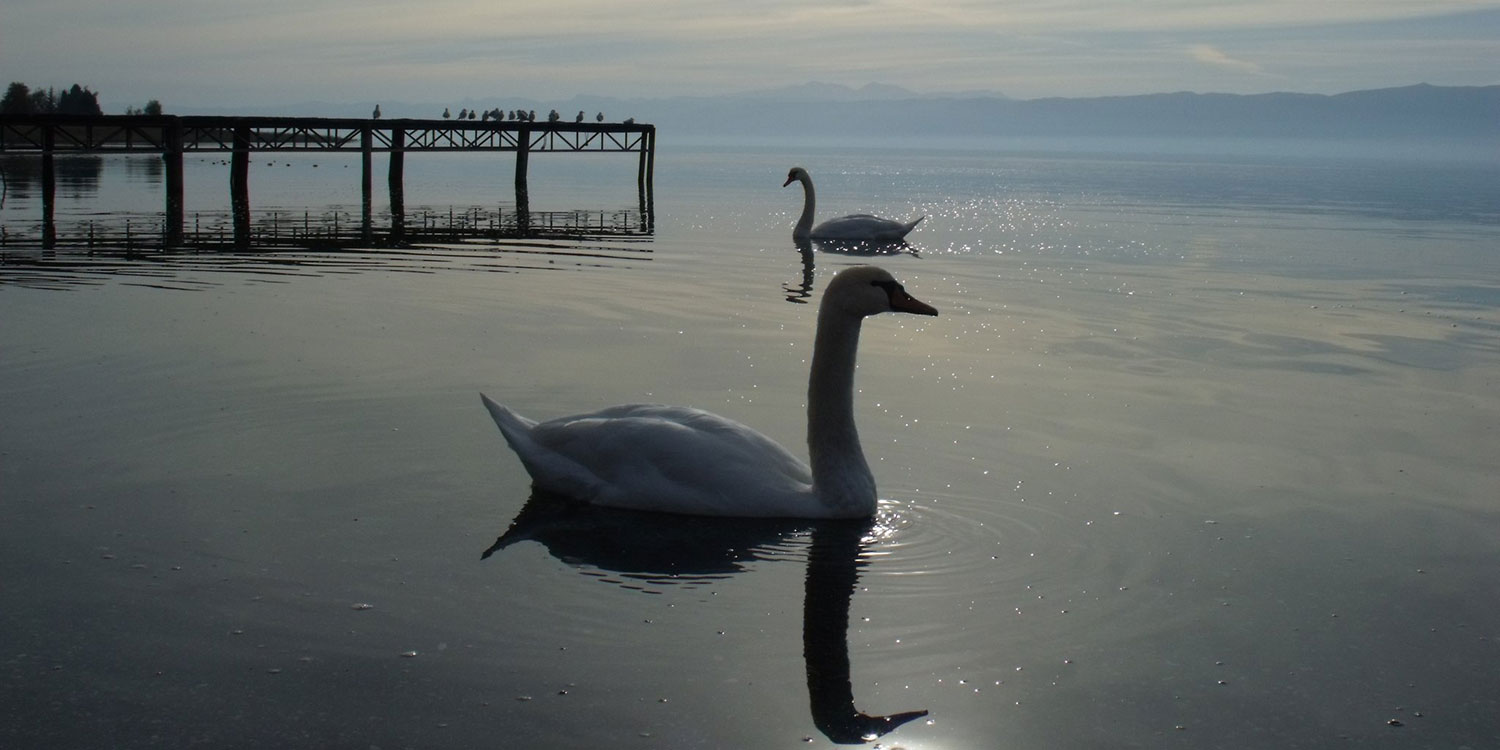 This article by Elena Nikolovska originally appeared on Global Voices on June 27, 2017.

The latest UNESCO mission to the Ohrid region in Macedonia discovered a Natural and Cultural Heritage site threatened by increased traffic and tourism pressure, inappropriate infrastructure projects and uncoordinated urban developments. It immediately released a report requesting the Macedonian government to halt construction projects in the area.

Existing for over 3 million years, Lake Ohrid in Macedonia is the oldest lake in the European continent holding valuable information on evolution aside from being the home of unique and rare species. In 2016, this lake was put in danger when the Macedonian government started plans to urbanize the lake shore and Galichica mountain and turn both biodiversity hotspots into mega resorts.

Citizen activists, civil society organizations, and scientists warned about the possible catastrophic impact of these projects on Lake Ohrid and demanded a moratorium on all construction activities in the Ohrid region.

In March this year, the UNESCO mission to the Ohrid region validated the concerns of citizens and experts about the projects around the lake. It asked the government to halt the projects to protect Lake Ohrid and instead develop alternative ecotourism programs in the area:

The mission strongly recommended to completely abandon the Galičica ski centre project, keep the internal national park zoning as is, and consider developing ecotourism options that would not negatively impact the property. Therefore, it is recommended that the Committee request the State Party to halt the construction projects of the Galičica ski resort, as well as the sub-sections (a) and (e) of the A3 road. – says latest decision by UNESCO World Heritage Committee

The Ohrid SOS group has been on the frontlines fighting to save Lake Ohrid from the very beginning. It published the UNESCO decision urging the Macedonian government and European Bank for Reconstruction and Development (EBRD) to stop the further destruction of Lake Ohrid.

Meanwhile, the Center for Environmental Research and Information Eko-svest from Skopje worked on alternatives to the planned infrastructure project that will not destroy precious nature. A feasibility study for a sustainable transport solution is scheduled to be presented in the Ohrid municipality this year.

We want to mark #TheDayOfTheLake by sharing our vision for a bike trail that would encircle the Ohrid Lake. Beautiful!

Instead of a new highway that would cut through the national park forests and block access to the water, the group is proposing a combination of transport alternatives that would not interfere with the ecosystem.

To commemorate 21 June, Lake Ohrid day, the newly elected Macedonian government opened its doors to civil society and held an event in parliament where the president of the Assembly addressed the guests.

The parliament speaker stressed the readiness of the government to discuss and support citizen initiatives for the protection of the environment. An informal group of Members of Parliament from different parties was also formed named “Friends of UNESCO.”

This has been a long and difficult fight but civil society groups continue to hope that the initial victory will be sustained to preserve and protect the biodiversity of Lake Ohrid.