Home > Blog entry > In Bulgaria, a cautionary tale for the energy transition as country abandons coal to gas switch

In 2021, the Bulgarian (interim) government announced that it had decided to transform the huge Maritza Iztok 2 coal-fired power plant into a steam-gas plant – (to replace 1.4 GW of coal capacity with a minimum of 1 GW of gas). The government has sought funding from the EU’s Recovery and Resilience Facility, the Modernisation Fund and other unnamed private sources. 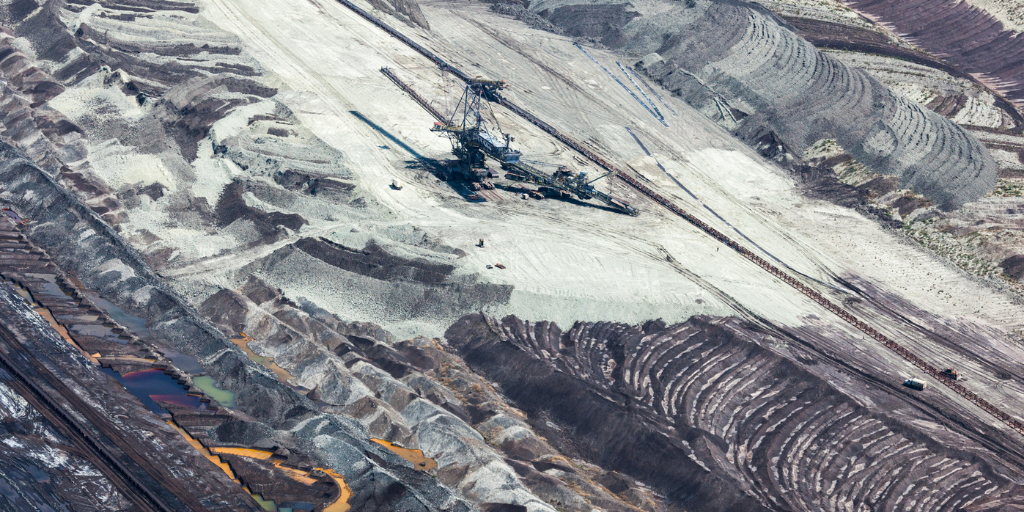 The Maritsa East 2 TPP is the largest coal– fired electric power plant in Bulgaria and all of southeast Europe, operating with an installed capacity of 1630 MW as one of three coal– fired thermal power plants in the Maritsa Basin of Stara Zagora.

Maritsa East 2 is the only one of these plants that is fully state owned, managed and operated by Bulgarian Energy Holding EAD (Български енергиен холдинг).

The region is noted for both its domestic production of coal and being the primary supplier of electricity for Bulgaria, producing approximately 30 percent of the country’s electricity.

Bulgaria is heavily reliant on the coal industry to generate electricity which, considering the determination of the European Union to reach net zero, means the government needs to act now and put Bulgaria on the path towards a green future.

The government however, under the leadership of previous prime minister Boyko Borisov, refused to adopt any sort of logical and ambitious plans to meet the problem of climate change and Bulgaria’s own responsibility to reach net zero.

In fact, it wasn’t even until October 2021 that the government, the second of two caretaker governments following two elections that failed to form a working parliament, committed to a date that it would totally phase out coal.

With the need to phase out coal and the pressure on for the government to create ambitious plans to reach net zero, Bulgaria’s caretaker government was desperate to take action . It settled on the conversion of the Maritsa East 2 power plant to a gas– fired power plant of at least one gigawatt capacity, with the aim of replacing the capacity of the existing coal plant.

In order to complete the conversion, the government would not only construct a new power plant due to the requirements of new turbines but also entirely new infrastructure consisting of a 125-kilometre gas pipeline to enable supplies to the plant.

The total cost of the new plant was initially priced at BGN 1.66 billion (EUR 846 million \). The government intended to fund this by drawing BGN 498.7 million (EUR 254.9 million) from the EU Recovery and Resilience Facility and the same amount from the Modernisation Fund. The remaining cost was to be covered from private funding sources, though these sources were never published.

In order to fund the supporting infrastructure for the plant, the government said that it would grant a subsidy of BGN 362.7 million (EUR 185.4 million) to Bulgartransgaz, the national system operator for Bulgaria’s gas transmission network and a subsidiary company of Bulgarian Energy Holdings. The government also intended to draw the majority of this funding from the Recovery and Resilience Facility and requested an investment of BGN 333 million (EUR 170.2 million) from the Facility.

Overall, the government’s ‘solution’ would have ultimately cost the country over 1 billion euros. This represented just over 6.4 per cent of the planned total expenditure for the whole Bulgarian Recovery and Resilience Plan, locking the country into a fossil gas reliance for decades and stranding a significant amount of funding in just two investments out of a total of 59 and additional 46 reforms.

This would have forced further reliance on externally-supplied gas, at least half of which would be sourced from Russia through the Greece-Bulgaria Gas Interconnector. The gas plant would also perpetuate Bulgaria’s emissions through methane leakages, which is a far more potent greenhouse gas than carbon dioxide, and carbon dioxide emissions that are released when fossil gas is burned.

Furthermore, plant construction is generally an extended undertaking. Projects can take at least one to six years for completion, with some considerable delays to be expected. When taken into account with the usual longevity of operation of gas power plants, that would mean that this plant would operate past the 2050 net zero deadline of the European Union.

The risks and vulnerabilities of gas were further exposed as Europe entered into a critical gas crisis in October 2021 that saw the wholesale price of gas skyrocket. Europe frantically tried to source new gas providers, as Russia refused to increase supplies to alleviate this squeeze. The Russian government refused to increase its exports to Europe unless the Nord Stream 2 pipeline was given total approval – exposing the risk of manipulation as a result of dependence on external suppliers.

Due to a lack of domestic production of fossil gas and low-cost renewable based infrastructure and storage, the Bulgarian government was forced to restore its coal generation capacity. This was not an appropriate solution as people were still paying hugely increased energy prices – resulting from the demand/supply issue as well as factors like the increased price of gas.

Following the third parliamentary election on 14 November 2021, a coalition government was able to successfully form after a series of negotiations. Following the resumption of parliament in the new year, the deputy prime minister, Assen Vassilev, announced that the government was abandoning the plan to convert Maritsa East 2 from coal to gas.

The minister cited the gas crunch, issues in sourcing investments and the risk of stranding crucial financial assets in a project incompatible with long term net– zero targets.

The caretaker government initially presented this false solution to the public as a wonderful opportunity for the country. It said that gas was cheap, green and the easiest fuel for its transition. This was simply not the case, as the current government realised.

Abandoning a gas project that was previously regarded as the future of Bulgaria’s green energy policy should serve as a warning to other countries in central and eastern Europe that are looking towards gas as either a long-term solution or a transitional fuel.

A huge number of gas projects expect to draw funding from the EU across a wide number of funds. The Just Transition Fund, the Recovery and Resilience Facility, the Modernisation Fund and the Projects of Common Interest amounts to billions of euros of public funds. Every country in the region has in place multiple projects to create huge gas infrastructure which, as Bulgaria has already discovered, will spell a dark future for the future of green energy.