The European Investment Bank and German development bank KfW are among the lenders supporting a 41 kilometre extension of the road from Mombasa towards Nairobi, one of the most important in Kenya. Over the last four years, the resettlement of those along the transport corridor has created severe problems for residents of Mombasa’s suburbs. 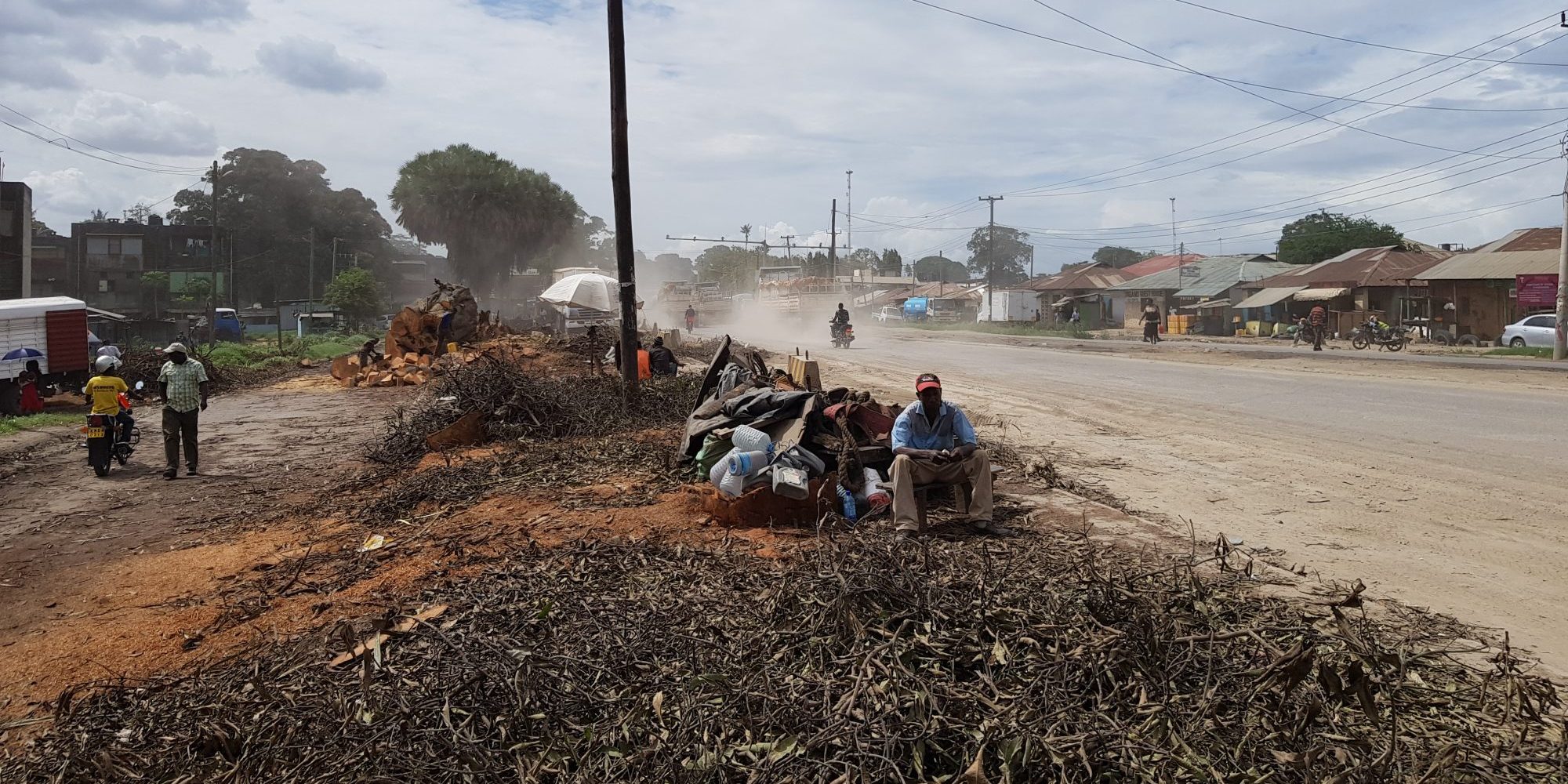 They were subject to forced evictions and intimidation and are under imminent threat of losing businesses. Life in fear and uncertainty has become a reality for hundreds of people.

In 2015 forced and unlawful evictions in the Jomvu area led to a mediation process facilitated by the EIB, covering more than 300 affected people. On 11 December 2019 the EIB’s Complaints Mechanism (CM) closed another investigation into more than 200 complaints, including from those living around the Changamwe roundabout.

The report concludes that there were shortcomings in the implementation of the resettlement process, but the mechanism notes the considerable efforts of the project promoter KENHA to address these challenges. As a way forward, it finds that the EIB should continue to cooperate with other lenders and the KENHA to address these issues.

Despite the mechanism’s findings and conclusions, the tenants and traders from Changamwe expect that the area will be demolished on 22 December even though a number of affected persons claim they have not received compensation and relocation assistance. In some cases only an oral resettlement notice was provided, while others received a written, one month notice instead of the three months that is in line with the adopted resettlement action plan.

Such an unacceptable resettlement process leaves people with uncertainty, without clear information, compensation for losses and relocation assistance. The EIB can still prevent this eviction if it stands firmly by its safeguard policies and pressures KENHA to act in line.

In May 2019 several residents and traders of the Changamwe traffic circle, complained that the resettlement process was not in line with bank standards and KENHA’s Resettlement Action Plan. The cash compensations proposed in 2018 were not based on the evaluation conducted in 2013 and failed to comply with the principle of “market price equivalent”.

Witnesses told us that there were people who did not own or rent anything and thus were not entitled to receive compensation, while some of those from the 2013 evaluation were not included on the compensation list and were omitted when compensation was paid. Others also testified that their business stalls were demolished earlier in April 2019 without notice and compensation.

We informed the EIB about this in August 2019, and despite the complaint mechanism’s findings of shortcomings, the bank responded on 10 October:

“According to information received from KeNHA, the 83 businesses identified at the July 2014 cut-off date were fully compensated on 6 June 2018. We understand that, subsequently, some business-holders indicated that they would continue their businesses until the site was cleared and some sub-letted or even sold their businesses to third parties. These third parties were not informed, by the business-owners, that they would not be eligible for compensation, considering that they had arrived after the 2014 cut-off date and that the businesses had already been compensated. Several general community meetings have taken place, and each new business-holder was informed personally of their need to vacate the premises and the reasons behind their ineligibility for compensation. KeNHA confirmed that no PAP was removed forcedly.”

What will the EIB as the EU’s ‘development bank’ do to prevent this Christmas demolition?