In recent years Montenegro was forced to stop granting incentives for renewable energy projects due to public outcry about small hydropower decimating several small rivers and enriching businesses close to the ruling party. Now a new draft Law on Energy looks set to relaunch the incentives scheme. Why haven’t lessons been learned? 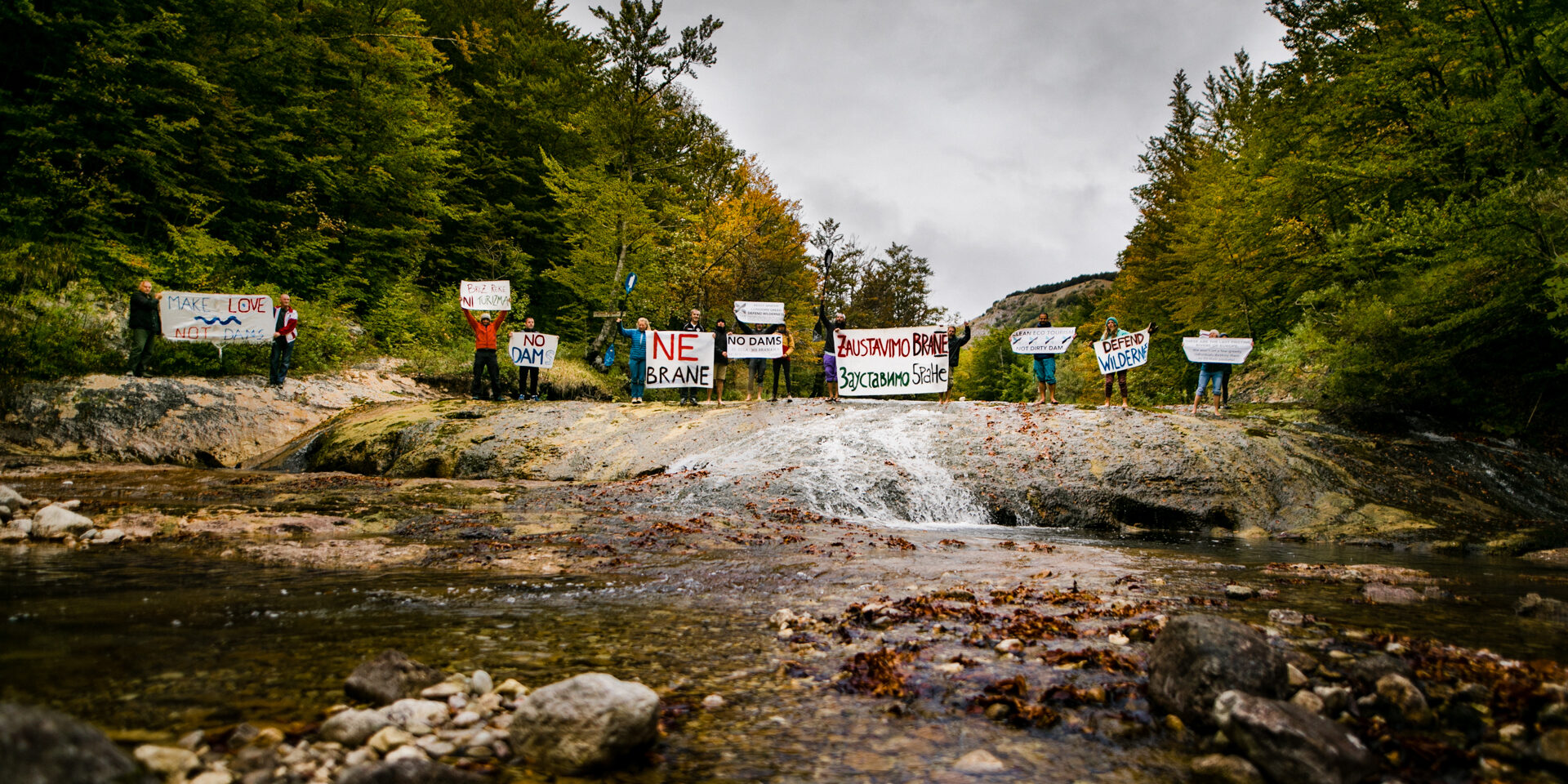 In 2009, Montenegro had seven hydropower plants of less than 10 megawatts capacity. By the end of 2018, it had twenty-three. In 2018 they generated just 2.3 per cent of the country’s energy, and cost EUR 7.3 million in renewable energy incentives.

Compared to many other countries’ incentives schemes, the number of hydropower plants and the sum used to support them may seem tiny. But in a country of 600,000 people it was enough to cause an outcry.

In the last few years, protests against the construction of small hydropower plants have increased, sometimes feeling like a new flashpoint is emerging every week. Outraged locals have stood up against the destruction of their local rivers and streams. Roads and forests have been churned up by heavy machinery. Entire rivers are dry downstream from the intakes, having been diverted into pipes to increase the water velocity.

Almost as often as protests have erupted, the country’s more independent-minded media have reported on scandals involving the approval of incentives for hydropower plants built by businesses close to the ruling party.  One small hydropower plant company, BB Hidro, is even half-owned by the son of Montenegro’s President, Milo Đukanović.

The country’s current Law on Energy stipulates that no new renewable energy producers will be admitted to the incentives scheme if Montenegro meets its renewables target. Considering that Montenegro had already fulfilled its 2020 target, largely by adjusting its biomass data, the Government in 2017 decided not to accept any new requests for energy permits for renewables, with some minor exceptions, and in 2018 repeated the decision.

In January 2019 a new regulation entered into force, which foresees a gradual decrease in incentives to plants already in the system, starting in 2020, and the Government announced that it would continue to promote renewable energy without guaranteed buy-off of electricity.

So what has changed?

Despite the amount of digging the Government had to do to get itself out of the hole its incentives system created, a new draft Law on Energy, the public consultation for which ends today, looks set to relaunch Montenegro’s controversial foray into the world of renewable energy incentives.

The country could in any case have restarted the approval of new entrants to the incentives system once it set 2030 renewable energy targets, but the new amendments would allow it to grant incentives in the meantime, as long as they are “according to market conditions” and based on a “competitive procedure of collecting bids on the basis of clear, transparent and non-discriminatory criteria”. This sounds like a nod to the EU’s Energy and Environment Aid Guidelines, but the proposals are so sparse that it is hard to tell what exactly is being proposed and whether it is in line with EU rules.

Several provisions on incentives are left untouched compared to the current Law, so for example Article 23’s provision that the Government will stipulate the price level paid for incentives still gives no hint whether it will create an auctions and premium methodology in line with EU rules or merely continue approving administratively set tariffs, or both.

Likewise, the reference to a competitive procedure does not make it clear whether the selection of bidders would be based on a strike price to define a premium or it would in fact be a tender for a concession, as was the case so far. While not every detail should be defined in an umbrella law such as this, the lack of clarity is worrying.

What is clear, though, is that the Government plans to make sure it can push through any renewable energy project it wants to. A new provision in Article 18 would declare it a matter of “public interest” to achieve renewable energy targets committed to in international agreements.

If there is any phrase which makes active citizens across the Balkans roll their eyes, it is surely the dreaded “public interest”. The concept is invariably invoked by decision-makers when using fast-track procedures to push through unpopular projects that mainly serve narrow private interests.

So as much as we in Bankwatch want to see the advance of sustainable and carefully-sited renewable energy, the appearance of this provision in the Law is not going to help. Energy policy has to be formed by consultation and developing a public consensus.

“Public interest” status may occasionally be needed to allow exceptional projects to go ahead but must not be an excuse for arbitrarily exempting entire sectors from democratic scrutiny. Surely it should be clear by now that this approach often generates public resistance and ends up counterproductive? Is Montenegro about to repeat the same mistakes all over again?

Wind and solar prices are dropping fast and in 2018 Montenegro was the first Western Balkan country to launch a tender for a utility-scale solar plant without feed-in tariffs or premiums. The tender for the 250 MW plant at Briska Gora was won by a consortium of state-owned EPCG and Finland’s Fortum. The plant is not yet built so its feasibility cannot yet be assessed, but it raised the question of how many other projects could now go ahead in the Western Balkans without support schemes.

So far there are very few examples and certainly smaller projects for prosumers and energy communities look set to need incentives for the foreseeable future. For this reason, in Bankwatch we generally remain supportive of well-designed incentive schemes with strong environmental and integrity safeguards.

But this is certainly not how many people would describe Montenegro’s incentive regime so far. And as long as President Đukanović’s son keeps his hydropower and solar businesses, any kind of support scheme is likely to be viewed with suspicion, especially if it leaves a trail of environmental destruction in its wake.

The EU tries to maintain a balance between renewable energy development and environmental protection by applying legislation like the Birds and Habitats Directives and the Water Framework Directive. Its rules on subsidies for energy projects explicitly state that any hydropower plants receiving incentives need to be in line with environmental legislation, and specifically mentions the Water Framework Directive.

But so far the approach in the Western Balkans has been to cherry-pick EU legislation. So while 2020 renewable energy targets were set, adoption and implementation of nature protection legislation trails far behind, with alarmingly destructive consequences. Without strong nature protection rules being adopted and implemented, soon it will not just be hydropower causing a public outcry.

But there are other reasons to stop incentivising hydropower as well. For one, it is a mature technology, so prices are not dropping, unlike for solar or wind, so the support is simply a subsidy for construction, not an investment into a developing technology.

In addition, large hydropower plants generate 45-60 per cent of Montenegro’s electricity, depending on the year, so the country’s electricity system is already excessively dependent on this highly fluctuating and climate-vulnerable source of energy. If it wants to look towards the future it needs to work much harder on energy savings diversification of renewable energy sources, not just adding more of the same.