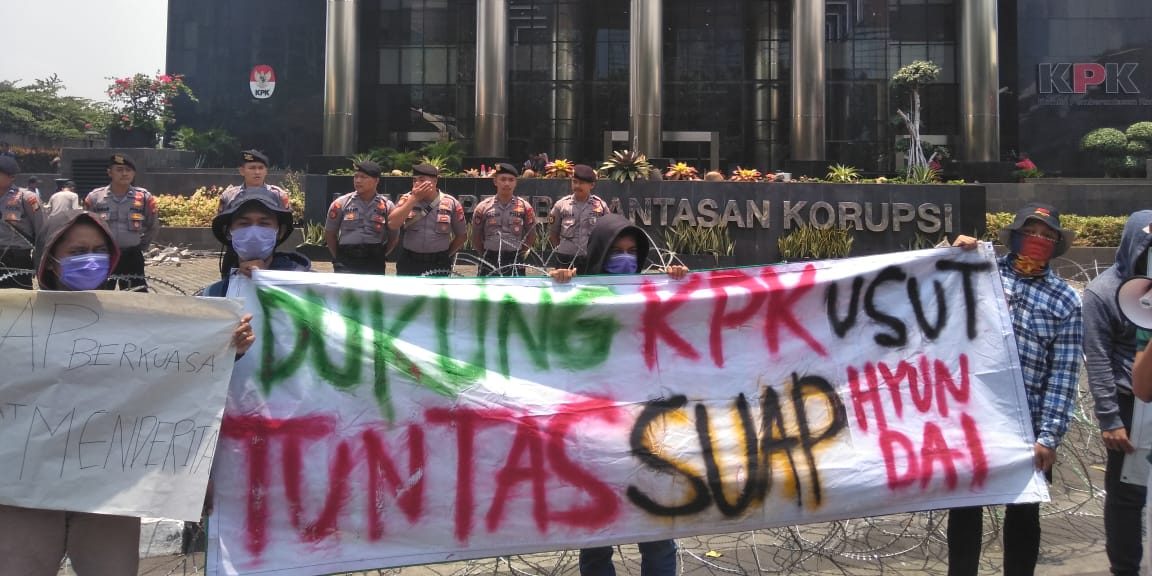 According to South Korean media, Hyundai Engineering & Construction (Hyundai E&C) and Limak have won a USD 737 million tender  to realize the Nenskra project.

This mega-project has been on the cards since at least five years, during which it has seen fierce opposition from local communities, and has become notorious for countless issues – from its environmental impact to its shady economics (see here for the full rundown).

However, the scale and number of financial and corruption scandals connected with Hyundai E&C and Limak do not give it a lot of hope. Hyundai E&C had been accused several times of misconduct, and in May the company admitted it had bribed a politician to stop local protests over a coal power plant in Indonesia.

Limak was one of the main defendants in Turkey’s famous “Blue Line” investigation in 2008 that uncovered rigged tenders, bribery and money laundering.

The way the new Korean contractor was declared  also adds to the ambiguity of the process: only two weeks before the news emerged, Hyundai E&C was not even among the pre-qualified candidates for the Nenskra project’s tender in the official list published by the European Bank for Reconstruction and Development, one of the project’s main public financiers.

Only a week after the news emerged, and after being approached by journalists multiple times, did Nenskra Hydro, the project promoter, confirmed it had contracted Hyundai E&C and Limak for the project.

Nevertheless, once the contractor is on board, it does not necessarily suggest that construction is the next step. The introduction of a new  contractor would likely require additional time for reviewing and adjusting — possibly even re-creating — the project’s technical documentation.

Hyundai E&C and Limak were reportedly awarded a USD 737 million contract, substantially higher than Salini’s USD 575 million contract. This increase could, in turn, entail a changes in the guaranteed power purchase agreement, and with it a rise in electricity prices in Georgia. In such case, the agreement between the government and Nenskra Hydro would likely need to be reviewed.

The project’s financial feasibility has long been questionable. Now that its costs have increased, Nenskra Hydro, as well as its international financiers and the Georgian government, would need to explain how continuing to pursue this hefty project is in the public’s interest.

Who are the new players?

No less concerning is the shady legacy of Nenskra’s new builders. In April 2018, police raided the headquarters of Hyundai E&C construction in Seoul as part of an investigation into alleged bribery. According to media reports, the company had allegedly bribed owners of properties for which it had bid to gain the sole rights for housing reconstruction.

South Korea’s former president Lee Myung-bak, who was recently sentenced to 15 years in prison for abuse of power and embezzlement, was a former head of Hyundai C&E, “where he was nicknamed “Bulldozer” for his ruthless business tactics.” Lee’s name was associated with another, Korea’s famous “Four River” corruption scandal, where Hyundai C&E with 14 other companies were accused of fixing prices which, according to the local prosecution, cost taxpayers a total of USD 3.57 billion.

In 2008, Nihat Özdemir, the chairman of Limak Holdings, was convicted for corruption with prosecutors seeking a sentence of 30 years. In Turkey’s scandal “Blue Line”, which was investigated after one of the corrupted company’s CIO committed suicide, Limak was said to be among major players. The company  was accused for being part of a corruption scheme concerning gas pipelines, water channels, and other large-scale infrastructure projects.

Asked  about the checkered legacy of its new partners, Nenskra Hydro told journalists that the qualifications and reputation of the tender participants “had also been agreed with the  international financial institutions which finance the project.”

Problematic history aside, the corruption history of Hyundai E&C is longer. So is its Turkish partner’s. Plus, neither Hyundai E&C nor Limak none of them bring any outstanding experience in constructing large-scale hydro power plants. It is now up to Nenskra’s international financiers to explain  how they expect companies with such history and lack of relevant experience to finalize the troubled project which even Salini Impregilo, the world’s top hydro constructor, could not manage.