BankTrack’s study finds that client confidentiality is not an absolute legal requirement in any of the world’s major banking centres. Banks can – and do – include the right to disclose information into their contracts. Will the EIB & EBRD acknowledge this in their policies on intermediated lending? 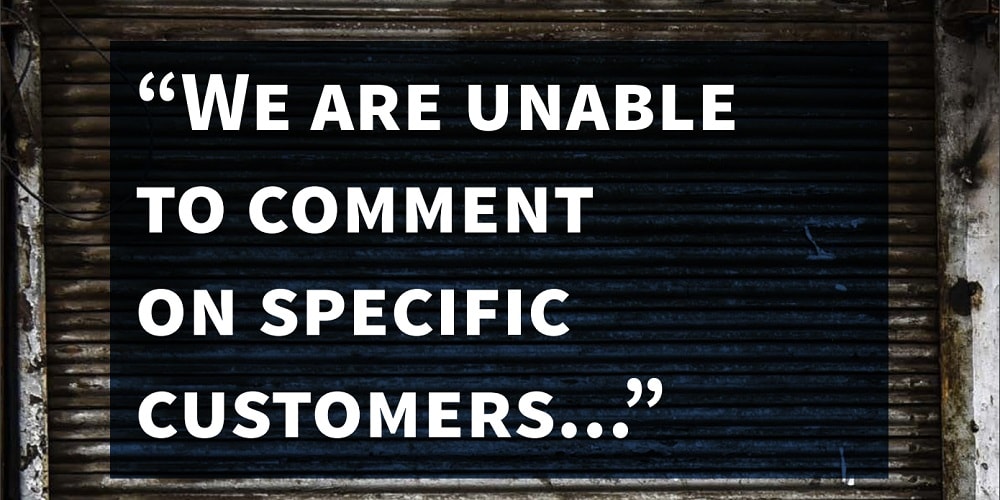 “We are unable to comment on specific customers...", cover image. Photo: BankTrack

Civil society groups have repeatedly called on financial institutions to share more information about individual projects they finance, particularly when there are concerns about the social and environmental impacts of projects in the coal or hydropower sector.

A new report from BankTrack examines such calls for moving beyond confidentiality, examining 150 bank responses to different enquiries made by the organisation between 2012 and 2017. Nearly half of these responses said that the bank could not comment on whether it had a relationship with a customer or project. In 37 of 70 responses, client confidentiality concerns were cited as the primary reason for non-disclosure.

Yet client confidentiality is not an absolute rule – indeed many banks are able to comment on specific clients. The report suggests that banks readily share information when they see this as in their own interest or business practice such as in commercial databases (eg. Bloomberg) or registries of secured transactions. Moreover, ethical banks such as those in the Global Alliance for Banking on Values (GABV) share information about their investments routinely, showing that where there’s a will, there’s a way.

The report cautiously suggests a solution to the issue of banking secrecy: asking the client for consent to disclose information. In many major jurisdictions, including the UK, the Netherlands, Germany, Singapore, Switzerland, the US and Japan, there was no evidence that banks would be unable to disclose client information with their client’s consent.

Indeed, EIB policy requires the intermediary or fund manager to publish environmental and social information on specific loans, which would in turn also reveal the clients. In reality, the EIB does not include this requirement in financing contracts and it is not done in practice.

That’s why Bankwatch has submitted a complaint to the EIB’s Complaints Mechanism (CM), asking the bank to implement its own rules. The first response from the CM is expected in April. The European Ombudsman already requested more transparency from the EIB, including on intermediated loans, in a 2018 response to a complaint from Bankwatch, ClientEarth and Counter Balance.

One of the EIB’s financial intermediaries, the Croatian Bank for Reconstruction and Development (HBOR) has repeatedly refused to disclose information. HBOR even launched a court case against the Croatian Information Commissioner when it ordered the release of information to citizens that had asked about individual loans.

A recent ruling by the Supreme Court of Croatia rejected HBOR’s request that asked the court to review the legality of the High Administrative Court rulings pertaining to the citizens’ requests. The Supreme Court found that HBOR should disclose information about loans because of an overriding public interest.

This is the way forward. Public interest should prevail over commercial confidentiality rules, whether it is because public money is involved or whether there is a genuine interest from the public to learn about loans that bring risks of money laundering or human rights abuses.

Civil society groups will find a way to reveal what is hidden, and by then it may be that financial institutions’ reputations will be only more deeply compromised.