Home > Blog entry > Romania’s decision to phase out coal by 2030: how will it serve a just and green energy transition?

Romania finally has its first concrete proposal to phase out coal by 2030. However, to ensure a successful transition, the end of coal needs to be linked with plans to increase renewable energy and a commitment to stay away from gas. 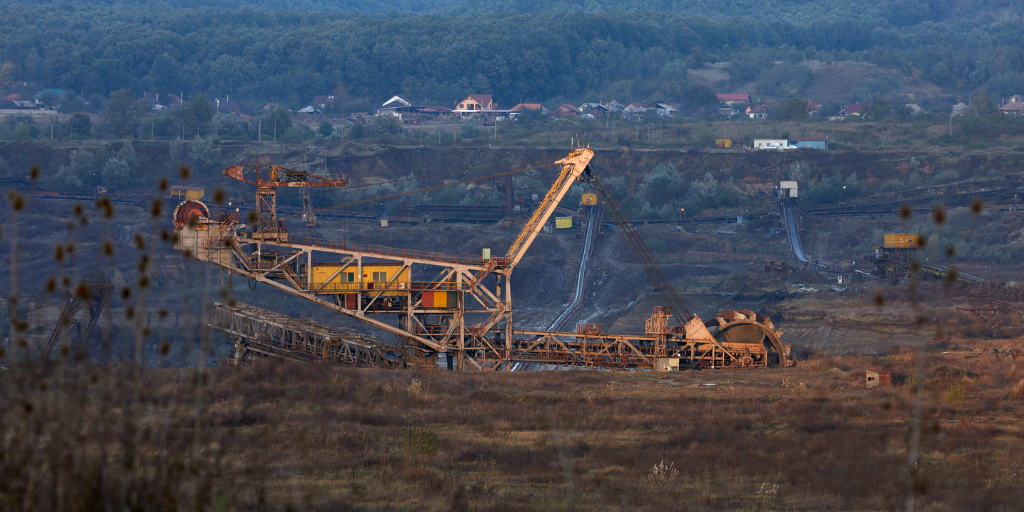 The decarbonisation law, which has been in public consultation for 10 days, proposes the permanent closure of coal power plants and mines in Romania by 2030. The graphs below show how this new law would speed up the closure of coal assets, compared to the rate at which a Bankwatch analysis published last year predicted they would close.

This is because the law schedules an accelerated closure of several coal production units and mines especially in 2026 when Black Sea gas is expected to enter the market.

However, the law does not reflect the fact that some power plants have already been closed or non-functional for several years. Contrary to the government’s claims that 4,900 MW needs to be closed, Romania currently has only 2,895 MW of coal capacity connected to the grid, according to the system operator.

The coal phase-out will be managed by a Coal Commission with assistance from an Advisory Committee, composed of diverse stakeholders including representatives from unions, market players, experts, academia and civil society.

The closure of capacities will be supported with State aid.  Each coal-fired power plant and mine included in the plan will receive State aid, and the European Commission will be subsequently notified of this. If the Commission does not approve the aid, the producers will be obliged to close the capacities anyway, with support from other resources. So far, there is no estimate of the costs involved in closing these assets.

The law provides safety nets for workers affected by closures. Thus, they will have priority in enrolling in reskilling courses and in the installation of their own photovoltaic panels (3 to 5 kilowatts) from non-reimbursable funds.

Bankwatch recommends that the relatives, including the spouses of the miners, should be considered for skilling or reskilling courses, which would give them the potential to increase the family income. Furthermore, young people are also an important resource and should be trained in areas related to the energy transition. The idea behind this is to help solve some of the inequalities in coal mining regions and get the community involved in the re-development process.

Still, the law does not consider compensation for the long-term negative effects of coal mining, which has affected the health of hundreds of locals in the area of open pits.

To be in line with the principles of just transition, the aid should be extended to them for the provision of safe drinking water, as well as ensuring access to private property and agricultural land.

At the same time, the opening of new mines or exploitations without agreement will be punished as a criminal offence. This is very important, because frequently the producers continued to expand their coal pits and operate their thermal power plants even after court decisions demand they suspend their activity.

Fossil gas won’t save the day

After closing the coal assets, the energy previously produced from coal must be replaced by other sources. Therefore, a successful transition also requires plans for the development of the energy system. The closure of thermal power plants must be balanced with the opening of new ones, preferably producing renewable energy.

To achieve this, the renewables industry needs to be stimulated and have a stable regulatory framework. However, Romanian authorities are running late in fully transposing the Renewable Energy Directive and the Energy Efficiency Directive, as well as in passing the Offshore Wind Law. There is also the need for a legal framework for the creation of energy communities – groups of people who produce their own energy and exchange it with each other or share it with a larger network.

In any case, Romania should avoid replacing one fossil fuel with another.

Most coal replacement plans are linked to new gas-fired power plants and are largely based on new exploitations from the Black Sea. Fossil gas produces fugitive methane emissions throughout its entire supply chain. Methane is a fossil fuel 86 times stronger than carbon dioxide in the first 20 years of its life, so it has a huge potential to warm the atmosphere in the short term. Some studies show that if methane leaks in the entire system are 3 per cent of the total amount circulating, then gas is as polluting as coal.