As Serbia starts the development of a new renewable energy law, it needs to prevent more public money being used for environmentally damaging hydropower projects and make its incentives scheme more financially sustainable. 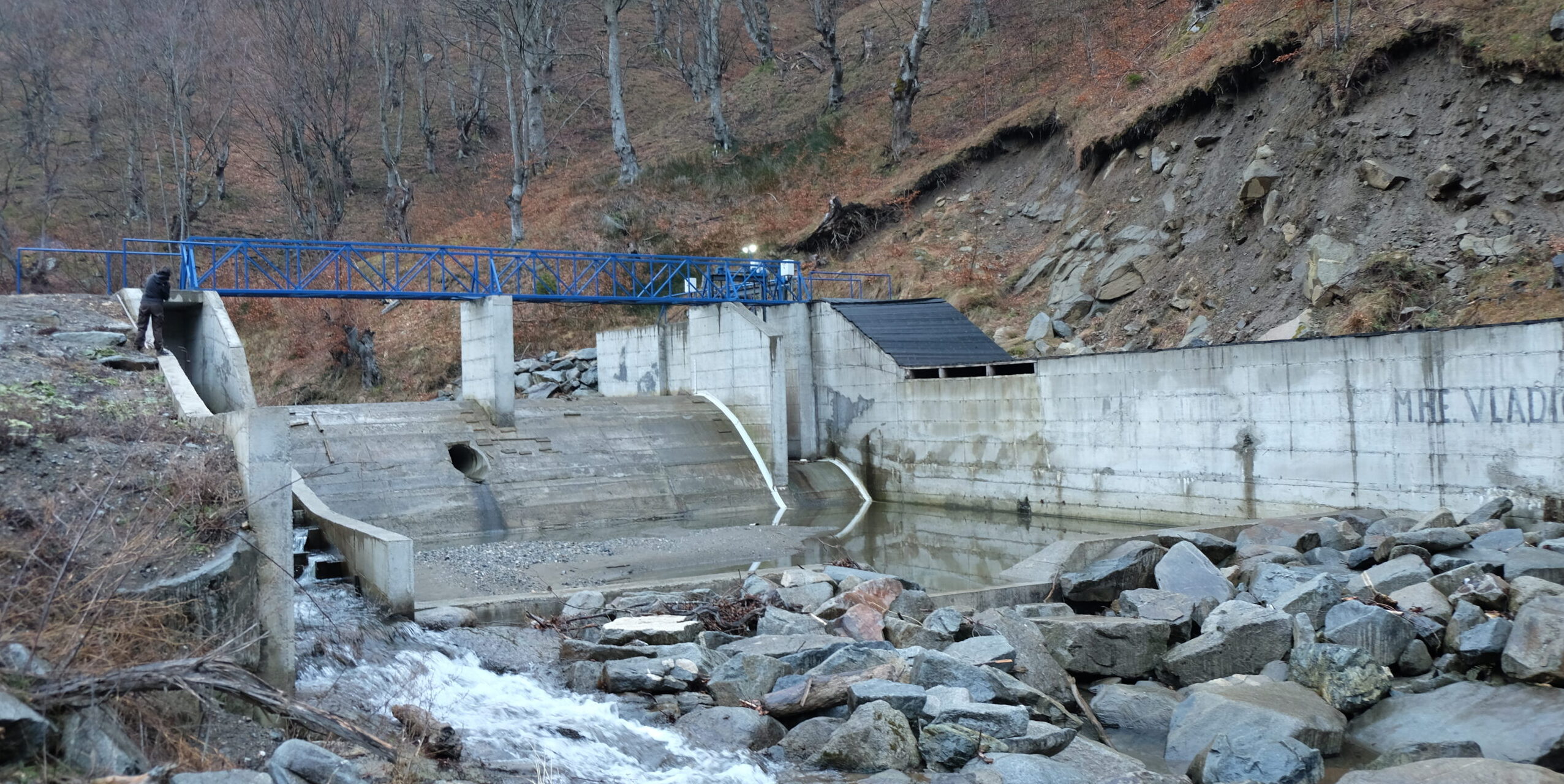 Vladici 1 near Josanicka Banja in Serbia. Hardly any water remains downstream of the intake, even in February. Photo: Pippa Gallop

Serbia’s Ministry of Energy and Mining has recently held a public consultation on the main points of its planned new Law on Renewable Energy.

Among other things, this law aims to bring Serbia’s renewables incentives scheme into line with the EU’s Energy and Environment State Aid Guidelines. The EBRD has already been assisting Serbia to move away from feed-in tariffs towards auctions for wind and solar incentives, but in order to become a reality, the country needs to change its legislation.

Moving away from feed-in tariffs is a much needed move from both the environmental and financial point of view, as Serbia’s existing support scheme is becoming increasingly expensive. The Ministry recently announced a five-fold increase in the fee paid by consumers to incentivise renewable energy in Serbia.

According to data from the Regulatory Authority, AERS, in 2019 the part of Elektroprivreda Srbije which distributes incentives collected only EUR 59 million while it paid out EUR 106.7 million. In addition, new wind farms started work in 2019 and 2020, so it is clear that the costs of the scheme are increasing and the income from consumers has not kept up.

Bill increases are highly controversial in a context where people are struggling to meet daily costs, but particularly because part of the money is used to incentivise small hydropower plants which have caused widespread protests across Serbia.

Despite the fact that there were more than 100 small hydropower plants operating in Serbia in 2019, according to AERS, they only generated around 0.7 per cent of the country’s electricity. Their construction destroys swathes of forests for access roads, increasing erosion, and their operation causes countless mountain streams to run dry.

In fact, Serbia’s current Law on Energy is also the only in the Western Balkan region which allows feed-in tariffs for hydropower plants up to 30 MW. In reality, no plants over 10 MW have been built while the Law has been in force, and most of the controversy has been aimed at small plants. However larger plants, eg. those planned at Brodarevo, are also controversial, and subsidising these would bring even higher consumer costs and more protests.

The Vinča waste incinerator in Belgrade has also been given preliminary approval to receive operating subsidies under Serbia’s current Law on Energy – a decision which is being challenged at the Energy Community as it would incentivise burning all waste, including the non-renewable fraction.

These controversial uses of consumers’ money threaten to undermine public support for energy transition as a whole and make it imperative that Serbia, like any other country, brings its renewables support costs down to a minimum and only supports those technologies which can significantly contribute to energy generation and which are the most environmentally acceptable.

No more aid for mature technologies

As technologies mature and their costs fall, they should no longer receive incentives. This is what has started to happen with solar and wind, which started off expensive but whose prices have been falling rapidly. Larger projects may now be able to function on a market basis.

Therefore, the scarce resources available need to be directed at those technologies which still need a boost but whose prices may still fall – mainly solar and wind farms not sited in environmentally sensitive locations. Mature and environmentally destructive technologies such as hydropower and waste-to-energy must not be subsidised any more.

Under the EU Energy and Environment State Aid Guidelines, feed-in tariffs would still be allowed for hydropower under 500 kW or lower. Given the controversy about small hydropower plants, including those under 500 kW, one option would be to decrease this threshold to below 100 kW. However, given their minimal contribution to energy generation capacity, and the negative experience so far with enforcing environmental legislation at such dispersed plants, we advocate for a halt to hydropower incentives altogether.

Particular attention and support needs to be given to incentivising prosumers and energy cooperatives. These can make a significant contribution to generating electricity close to where it is consumed – thus minimising losses – and in increasing public support for energy transition.

The EU’s Energy and Environment State Aid Guidelines state that all projects receiving incentives must be in line with EU environmental law.

Serbia’s new Law on Renewable Energy needs to explicitly incorporate this requirement. Auction criteria should exclude plants in protected or otherwise environmentally sensitive areas, and the auctions should only be held after the plants have received all relevant permits, in order to ensure a high realisation rate.

The Law needs to make clear who will check compliance with environmental legislation, at what stage in the procedure, how, and clearly laying out how incentives for non-compliant plants will be halted and recovered.

One concern we have is the proposal to delegate approval of incentives for small plants (below 500 kW or whatever threshold is decided on) to local authorities. This might be acceptable for rooftop solar or other uncontroversial energy sources, but not for hydropower, where even small plants can cause damage, and local authorities have not demonstrated the capacity or knowledge to properly assess their impacts.

The new law will also regulate existing power purchase contracts. Given the high level of controversy about small hydropower plants, all the existing contracts need to be reviewed to double-check whether the plants have been permitted and built in line with Serbian legislation. For those which are not, the power purchase contracts need to be annulled. This is an essential step to build public confidence in the incentives system.

A need for genuine consultation

Although the idea to hold an early public consultation was very welcome, the extremely short time period allowed for comments – from 31.12.2020 to 12.01.2021, with Orthodox Christmas right in the middle – prevented many stakeholders from taking part and gave an unfortunate impression of the Ministry not being entirely sincere in its invitation for comments.

We hope that further consultations on the Law will allow much more time and be much better advertised, and we also advocate for more public participation during the process of awarding incentives, in order to allow any concerns to be raised at an early stage. For example, an action plan for 2-3 years needs to be drawn up, which should be publicly available and publicly consulted, and draft decisions to award incentives should also be published before they are signed.

With these measures, Serbia can develop an incentives system which keeps down costs and finally gains the trust of the public, while driving forward a sustainable energy transition.