With the dubious economics of the Šoštanj 6 lignite power plant depending partly on keeping the price of lignite low, small shareholders who would have to forego their profits are not thrilled at the prospect. 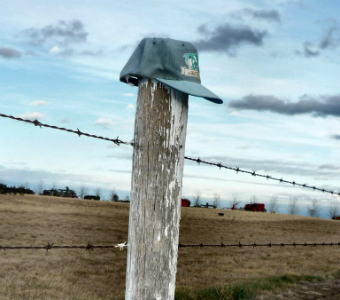 Of all the people you might expect to support the construction of the scandal-ridden Šoštanj unit 6 lignite plant in Slovenia, surely the shareholders of the Premogovnik Velenje lignite mine would be among them. After all, as lignite’s high water content renders it uneconomic to transport any significant distance, it is only the Šoštanj thermal power plant that keeps the mine going.

And sure enough, it is Holding Slovenske Elektrarne (HSE), the owner of Šoštanj power plant, which owns the majority of shares (77.3 percent) in Premogovnik Velenje to ensure that the mine’s operations are run in Šoštanj’s interest, ie. keeping lignite prices as low as possible. However that still leaves 22.7 percent of the shares owned by small shareholders, who, unsurprisingly, want to see a profit from their shareholdings.

Background, publications and news on the Šoštanj lignite power plant

Disputes have been rumbling between HSE and the small shareholders for several years and now the minority shareholders, including MP Naložbe, Towra and Intertrade ITC (holding 9.3 % of the shares), have already taken legal action targeted at the company’s management over what they see as damage to the company and its shareholders. They claim that the mine has not been selling the coal at a profit, and that they have not seen dividends since 2008.

Now the Šoštanj 6 investment plant foresees lignite prices being even lower than the prices in recent years – at 2.25 EUR/GJ – based on which the Government has signed a state guarantee for a loan from the European Investment Bank on the project. If this indeed happens, the small shareholders would be squeezed even more.

They have therefore filed a complaint to the Slovene Parliament requesting the issue to be solved. However if this does not result in a solution they have threatened to approach the European Commission’s Directorate General for Competition. The shareholders see the planned price of lignite for future Šoštanj 6 as a dumping price, which creates an unfair advantage for HSE on the Slovenian and European markets.

Coupled with all the other reasons not to finance Šoštanj, most recently laid out by three MEPs in a letter to the EIB, the bank should make sure this threat to the state guarantee is addressed before considering disbursing the financing for the project.