The company hired to build a new unit at the Sostanj lignite power plant is involved in strikingly similar corruption cases across continents. 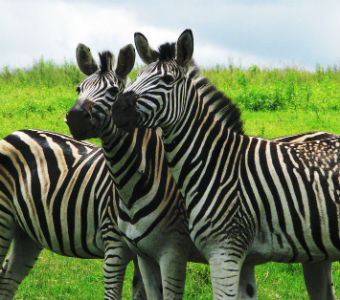 Remember this game kids used to play in which you had to find differences between two very similar pictures? I was reminded of it few days ago, when reading news about the latest corruption scandal involving Alstom at a coal plant in Indonesia.

A few days ago, the Indonesian Corruption Eradication Commission announced that opposition politician Emir Moeis was suspected of having taken a USD 300 000 bribe for favouring the Indonesian subsidiary of French company Alstom for delivering and erecting two 100 MW coal-fired boilers at the Tarahan coal-fired power plant in Lampung (Sumatra). Moeis is a former member of the parliament’s energy commission. He admitted having contact with Alstom’s employees and accepting the company’s invitation to Paris, but he denied to have helped the firm win the project tender.

While Alstom refuses to comment on the bribery allegations, the anti-corruption body raided the Indonesian Alstom offices and the FBI has reportedly got involved in the investigation due to the involvement of US-based subsidiary of Alstom in the project.

Why did this case trigger childhood memories in me then? Because, when it comes to the construction of a new 600 MW lignite plant at Šoštanj in Slovenia, we have seen strikingly similar things: earlier this year, the Slovenian State Commission for the Prevention of Corruption announced that there were serious concerns about corruption and conflicts of interests in the granting of the contract to Alstom (in 2007). These are primarily linked to the fact that Slovenian business partners of Alstom were members in both the commission organising the public procurement for the new plant and in the body negotiating the final contract with Alstom. As in the Indonesian case, the tender was managed by the state-owned company owning the plant and similiarly the project was backed by state owned banks, this time European ones. The European Anti-Fraud Office (OLAF) found the concerns important enough to start an official investigation into the case.

Certainly, Alstom is no stranger to corruption scandals. Contracts won by the company in Zambia, Tunisia, Latvia, Brazil or Malasya have raised eyebrows and in fact led to official investigations and fines – which, however, are merely comparable to what Alstom allegedly paid in bribes for some of its contracts. The World Bank has even temporarily blacklisted Alstom subsidiaries for allegedly paying bribes to Zambian officials to gain a power-plant contract.

There are plenty of such cases all over the world, yet Alstom continues to win power plant contracts and post rising profits. Therefore, besides fines and blacklisting, more should be done to ensure regular and fair investments.

At Šoštanj, half of the construction costs (EUR 1.3 billion) are to be financed by two European public banks (the European Investment Bank and the European Bank for Reconstruction and Development). Both banks are at the moment conducting internal investigations into the corruption allegations before disbursing the money. As European institutions, accountable to EU citizens, they should as well pay heed to the OLAF probe.

These banks – who often depict themselves as promoters of both democratic and sound business practices – can take consequential action here. They need to conduct thorough investigations, make the information resulting from the investigations available to public scrutiny, and if they find signs of malpractice (as the Slovenian State Commission clearly indicates there are) discontinue their financial commitments towards TEŠ 6. It will not be enough to issue a small fine, or to receive assurances from Alstom. Such things have not prevented the company from further wrong doing in the past.

Determined action is needed here and we expect European public institutions to take such action.