With the decision to freeze the disbursement of a loan for the Šoštanj lignite power plant in Slovenia, the European Bank for Reconstruction and Development seemingly reacts to the many controversial points Bankwatch and other organisations have raised about the project. 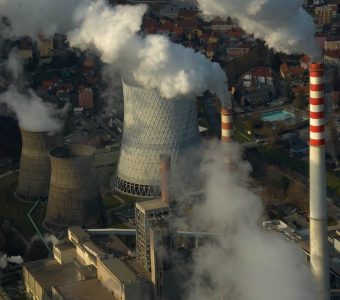 In spite of all the projects in which Bankwatch is challenging the involvement of international financial institutions, one hardly ever has the opportunity to read this expression in one of the bank’s responses to our letters.

It was all the more satisfying then to receive a letter from the EBRD’s president Thomas Mirow (pdf) declaring that the bank is suspending the disbursement of its loan for the lignite thermal power plant TEŠ 6 in Šoštanj, Slovenia. The letter referred to the bank’s internal preliminary assessment of corruption allegations in the tender process for TEŠ6 that Slovenia’s state commission for the prevention of corruption published in February. (See more details in our press release.)

Apparently, however, the situation isn’t that clear-cut in the EBRD’s view. One day after Mirow’s letter another letter from the EBRD (pdf) specified that the suspension does not have a formal character, but that nevertheless “no further disbursements are possible until the conditions precedent for such disbursements are met, and there are currently some material ones that are not being met.”

That is still good news, but not as palpable as a formal suspension resulting from an investigation by the bank itself, which would have more substantial influence on the project’s development.

So, although the EBRD’s decision to freeze the loan disbursement cannot be understood as a final rejection of the Šoštanj lignite power plant project, it certainly goes a long way compared to the feedback we received earlier.

And I would like to think that our insistence on revisiting the loan decisions as well as the growing public pressure against financial support for coal from both public and private banks have at least helped in showing just how disputable the project is.