A new report highlights how the weak taxation policy of the European Investment Bank is undermining its ability to serve public interest in Europe and the Global South at a time when the use of tax haven is exposed as one of the most important barriers to development. 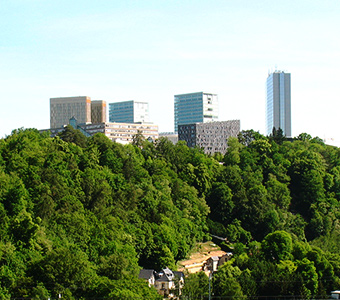 Tax cheating pulls out USD 100 billion from the pockets of developing countries every year (enough to get almost every child into school four times over) according to Oxfam. At the same time, limiting the power of big multinationals requires political will that international agreements and international financial institutions so far don’t display.

Current tax schemes in the developing countries started with the structural adjustment programmes in the 1980s. Back then, countries in Africa were told to offer tax exemptions for foreign companies interested in the extraction of natural resources.

The consequence is that developing countries lose more as a result of international tax evasion and avoidance than they receive in foreign aid (pdf).

Not surprisingly, after decades of weak taxation and development finance that too often favours multinationals from developed countries, the number of people living in extreme poverty remains unacceptably high.

Also countries in central and eastern Europe (CEE) have joined the tax race, trying to attract investors by low tax rates, with questionable results. For instance, the tiny Hungarian village Újlengyel with 1600 inhabitants and no local tax is – at least on paper – home a dozen multinationals, including three offshore oil companies, one of them a Hungarian subsidiary of one of the biggest deepwater drilling companies in the world, Seadrill Ltd. According to Tax Justice Network, Hungary lost 241 billion dollars due to global tax evasion in the last decades.

While international agreements – and unharmonised national tax systems – laid the groundwork for this system, development banks have joined the dirty work. Between July 2009 and June 2013, the International Finance Corporation, the World Bank’s private financing arm, supported financial intermediaries that were registered in tax havens with 2.2 billion dollars of public money according to Eurodad’s report Going offshore.

Meanwhile in Europe, the European Investment Bank is facing one of its greatest PR challenges related to a USD 50 million loan for a copper mine in Zambia which is accused of tax evasion. The bank is also not ashamed to provide hundreds of millions of Euros to one of the biggest African investment holdings, Qalaa, which has paid extremely low levels of corporate tax since it was founded over 10 years ago and relies heavily on some of the most secretive financial jurisdictions in the world.

Although the EIB has faced severe criticism for its behaviour from watchdog organisations, the European Parliament and the European Ombudsman, its reaction is not to change the way it works but to make its operations more secretive.

The new report ‘Towards a Responsible Taxation Policy for the EIB’ is providing a more comprehensive overview of the tax havens problematic at the EIB and outlines how the bank can improve by introducing country by country reporting, identification of beneficial ownership and a workable list of non-compliant jurisdictions.

Despite bold statements by Europe’s political leaders to put an end to tax evasion, Europe’s own bank is still too careless with lending public money to companies registered in tax havens. This is all the more worrying now that the bank is gearing up to manage the EUR 315 billion investment plan of the Juncker commission.