Home > Blog entry > The complaints mechanism at the EIB – usable but useless?

Nearly three years after first announcing it, the European Investment Bank (EIB) has finally presented a new vision for the bank’s complaints mechanism, the body responsible for grievances related to EIB projects and policies. 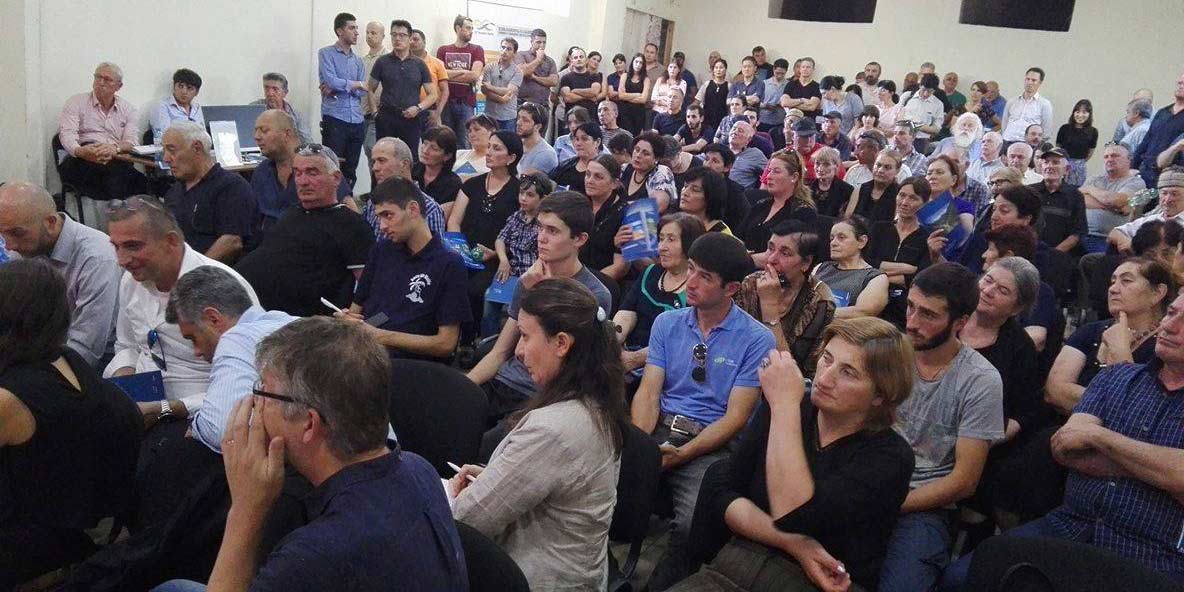 Participants at a consultation on the Nenskra dam in Georgia, a project subject to the EIB's complaint mechanism

If the policy proposed by the bank’s management is adopted by its board on Tuesday (October 9), the complaints mechanism will lose its teeth, becoming all but useless in  practice for ensuring accountability and redress.

Established a decade ago, the complaints mechanism is one of the youngest grievance bodies among its peers, although the bank is one of the oldest multilateral financial institutions. The EU’s house bank has for several years been averse to public scrutiny or evaluation, and the draft policy makes structurally and procedurally weaker the mechanism.

The new policy introduces an unprecedented level of control over the mechanism’s reports by the bank’s service and management committee. It allows for the bank’s inspector general to ask for a revision of the complaint mechanism’s final conclusions, even in cases where a member of the bank’s management or staff voices disagreement.  The complainant will not even see the report until all issues are settled within the bank.

Such a policy is only likely to deter potential complainants from accessing the bank’s grievance body if they have no confidence that it is able to genuinely address their problems and concerns.

The EIB’s own legitimacy as an EU public institution is on the line. The bank’s board has a statutory responsibility to oversee its management and instruct that amendments are made to bank policies, procedures and operations when needed. The Board also gives complaint mechanism its mandate.

Under the proposed policy, the EIB’s board is not supposed to know about the work of mechanism, nor it is allowed, unlike other EIB bodies, to initiate investigations by the mechanism. The mechanism also would not have its budget approved by the board nor its reports published under the board’s authority, which would strengthen the legitimacy of its work. This is in contrast to policy provisions guiding the bank’s operations evaluations division, a sister accountability mechanism placed next to the mechanism in the bank’s inspectorate general.

The review of the mechanism appears to move it away from its mandate of addressing instances of wrongdoings and maladministration. Rather than reasserting the bank’s commitment to the public interest, the new policy is seeking to shrink the bank’s accountability even further and reduce the mechanism to mere lip service.

In theory this review should be an opportunity to learn from other accountability bodies. But a joint submission by Bankwatch and other civil society groups finds that of 55 best practices to strengthen the bank’s accountability and ensure that remedy is provided to complainants, the current mechanism meets only nine of these recommendations in full.

The bank’s current mechanism meets only nine of these recommendations in full. With the policy review process set to water down these provisions even further, the independence and legitimacy of this important mechanism must not be compromised.