Home > Blog entry > The EIB and development, a chance to clean up the bank’s act

The current review of the European Investment Bank’s mandate for lending outside of the EU brings some of the pitfalls of the bank’s development lending to the fore and offers a chance for improvements. 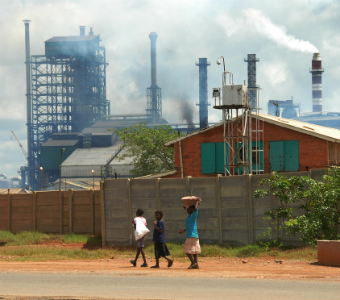 Cross-posted from the Counter Balance blog

“The European Investment Bank is not a development bank, it is an investment bank designed to support EU policies, including external action”, Werner Hoyer, the president of the EIB repeated in the European Parliament on Monday. Looking at the EIB’s investment portfolio, the facts prove him right: The development impacts of the 6 billion euros that the EIB invests annually outside the EU often remain unclear.

Nevertheless the EIB has a development mandate, explicitly mentioned in the Lisbon Treaty and reaffirmed by the European Court of Justice (pdf). The current review of the document that defines this mandate (see box) offers an opportunity for EU decision-making bodies to take a closer look at the widespread NGO criticism of the EIB’s external lending.

In theory when the EIB lends under its own risk these criteria don’t apply but in practice we see that the ELM determines the requirements for practically all its external loans. The next ELM will cover the period 2014-2020, with a mid-term review likely to take place in 2007.

The Commission’s proposal on the ELM has recently been sent to the European Parliament. The relevant committees will table their opinions in the next months and are expected to vote shortly after the summer, before the proposal goes to the Council following the EU co-decision procedure.

The issues raised include problems with environmental pollution and a questionable approach to sustainable development. At the moment, however, most attention is being paid to increasing allegations of fraud and tax avoidance that come with a lack of transparency at the EIB, for instance:

During Hoyer’s hearing in the development committee of the European Parliament, MEPs focused on the volume of the EIB’s lending which is expected to rise significantly within the EU following the bank’s capital increase. But Hoyer emphasised that external lending will remain crucial for the bank and even asked the Parliament to safeguard a sufficient budget.

Rather than concentrating on quantity, we think that the EIB and decision-makers tasked to define its mandate first of all should focus on improving the quality of the loans. In that regard Thijs Berman (S&D) echoed our concerns that “too many project are lacking a clear development orientation” and that the EIB should look for “sound projects which are aimed at poverty eradication”.

Bill Newton Dunn (ALDE) raised the issue of financial intermediaries which are problematic due to their lack of transparency. “You say you keep track of every euro, please tell me your secret”, he asked Hoyer ironically. Dunn explicitly referred to the Ibori case (see above) and wondered how the EIB is addressing issues like fraud and money laundering.

While Hoyer recognised the risks and the need for more efforts to tackle corruption, the EIB has proposed little concrete action apart from awareness raising and trainings for its staff. The revision of its anti-fraud policy which is currently awaiting approval from the board is lacking coherence with other policy initiatives at international level such as the anti-money laundering directive or global initiatives to tackle tax havens.

The ELM provides the opportunity to remind the EIB of its development mandate and improve the quality of its lending. A key challenge is indeed to fill the gap between the technical wording of the binding EU legislation and the reality of the EIB’s operations on the ground which are often fraught with opacity.

MEPs like Dunn and Berman pointed out some of the weak spots. Other issues that need to be addressed in the bank’s next mandate are:

The European Parliament is a key body to hold the EIB to account, and with the ELM it has an important tool at hand to significantly improve the way the bank will operate in the coming 7 years.