Home > Blog entry > The European Commission, an EBRD shareholder that should start acting like one

Recent Balkan hydro projects suggest the European Commission could make much better use of its shareholder role in the European Bank for Reconstruction and Development. 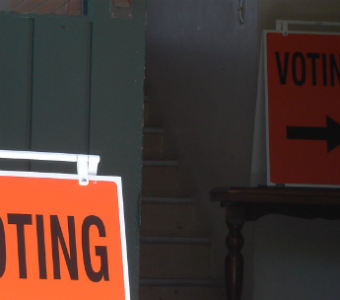 Here at Bankwatch we’ve long been concerned by the lack of clarity about whether the European Bank for Reconstruction and Development is a European bank or not. Given its name, you might be forgiven for thinking it’s obvious, and indeed the European Union and EU member states do own 60 percent of the bank’s shares. The bank also claims to promote European standards, for example in the field of environment, and the European Commission has a seat on the bank’s Board of Directors, which approves the EBRD’s loans and equity investments.

But a closer look at what is going on with the EBRD’s investments in the Ombla hydropower plant in Croatia and the Boskov Most plant in Macedonia reveals that the European Commission doesn’t seem to make full use of its shareholder role in the bank.

Both projects look set to destroy areas with high biodiversity value which are proposed for inclusion in the Natura 2000 network. In the case of Ombla, the underground hydropower plant threatens unique subterranean karst fauna, in Boskov Most, the plant threatens the endangered Balkan Lynx. This has at least partly resulted from seriously sub-standard environmental impact assessments, which Commission staff said they had raised concerns about.

“I would like to confirm that there is no formal or informal result of an interservice consultation of the European Commission for the Ombla hydropower plant project to be financed by the EBRD. As for documents laying out the views of different Commission Services about this project, please note that these are for internal use only and cannot be disclosed as this would undermine the Commission’s decision-making process.” [1]

If there is no outcome from the interservice consultation, on what does the EU’s Executive Director at the EBRD base his voting decisions?

The European Parliament raised similar concerns in October 2011 in a legislative resolution on the EBRD’s capital increase. The resolution requires the EU’s Governor at the bank to report annually on how the bank has contributed to EU objectives. (See also our blog post on the occasion.)

To help these first steps bear fruit, we’ve also written to Commissioner Potocnik today (pdf) to ask him to establish a more functional process for ensuring that EU votes at the EBRD achieve maximum benefit for EU policy and that the European Commission engages more actively in EBRD policy revisions to ensure that the bank really does promote EU environmental policy.

EU environmental policy is not perfect, but its strict application in the EBRD countries of operation would be a big improvement on the current situation.

Notes
1. We’ve also appealed to the EC Secretary General on the latter part of this statement, because at least the environmental component of this information should be available under the requirements of the Aarhus Convention. We have the right to know whether the EU backed these projects, and whether its Executive Director at the EBRD insisted on placing any conditions on the approval.