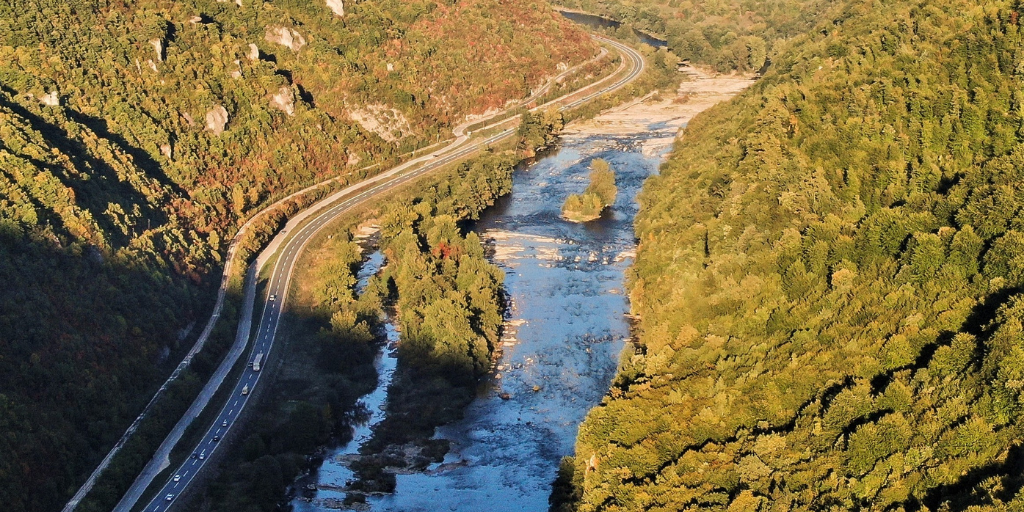 The Bosna is the largest river that is completely within Bosnia and Herzegovina. From its source in the outskirts of Sarajevo, it flows north for 271 kilometres to its mouth in the river Sava. Surprisingly, it is also one of the few large Balkan rivers with no hydropower plants or major dams, despite some plans being around for decades.

After concerns were raised by environmental organisations and protests from local people, on 28 January 2022 Germany’s KfW bank confirmed it was dropping financing plans for the 13 MW Janjići hydropower plant near Zenica. But Bosnian power utility Elektroprivreda BiH is still trying to push forward this project as well as the larger Vranduk plant downstream.

Shortly after the news about Janjići, people from Kakanj – a few kilometres upstream – strongly opposed a new plant called Bilješevo and the municipal council refused to give consent for the plant until a public consultation has been carried out.

Due to the threats from hydropower construction and a lack of updated knowledge about the biodiversity of the Bosna, CEE Bankwatch Network and the local NGO Eko Forum Zenica organised a survey of the aquatic animals that inhabit the river. Our study found proof that the globally threatened Danube salmon, also known as huchen (Hucho hucho) and the recently described Sava bleak (Alburnus sava) inhabit the river. With at least 17 species of fish protected by the Bern Convention and the EU Habitats Directive still found in the river, it is crucial to include Bosna in the Emerald Network, the pan-European ecological network.

The survey among fishermen in Zenica

30 face-to-face interviews were carried out in December 2021 with local fishermen from around Zenica who regularly fish on the river Bosna. They shared their knowledge on all the fish and other animals they knew from the river, the best fishing areas, the quantities of fish that could be caught in a day, and the threats and changes to the river. After the interviews they also shared photos of fish caught recently in the river.

“We have been fishermen for generations and we have taught many people to love fish. Zenica has many fishermen”, explains a fisherman from the Kanal district of Zenica.

A total of 34 fish species were described by the local fishermen, most of them of fishing importance, but also many rare species whose habitats need to be protected in Europe (see Table 1 below). The exact scientific names were verified afterwards by ichthyologists whom Bankwatch contacted and they gave their opinion that a few other species probably occur in the river, elevating the total number to above 40.

All the fishermen described how, during the 1990s war in Bosnia and Herzegovina, much of the industry along the river was destroyed, which led to the self-purification of the river and the quick recovery of aquatic life. In recent years, the water quality has deteriorated due to industry and construction of roads, but still a lot of fish survive.

“The river Bosna has always been rich in fish. The improvement of water quality during the war led to a large migration of fish from the Sava, so that’s when there was the most fish, and they’ve largely remained today”, says another fisherman from Nova Zenica.

Other protected fish known by the fishermen include the asp (Aspius aspius), Danube barbel (Barbus balcanicus), Vladykov’s lamprey (Eudontomyzon vladykovi), Balkan loach (Cobitis elongata) and even the Sava bleak (Alburnus sava) which was described as a new species for the first time in 2017.

Other protected fish known by the fishermen include the asp (Aspius aspius), Danube barbel (Barbus balcanicus), Vladykov’s lamprey (Eudontomyzon vladykovi), Balkan loach (Cobitis elongata) and even the Sava bleak (Alburnus sava) which was described as a new species for the first time in 2017.

Most of the fishermen confirmed the presence in the river of otter and crayfish, but interestingly, thirteen fishermen also knew of the presence of the Eurasian beaver (Castor fiber), another species protected by national and European legislation. It seems that the species has recolonised the Bosna recently as the beaver population in the country is growing. A beaver family was found already in 2009 on the river Lašva, a left tributary of the Bosna.

Sixteen of the fishermen said that in recent years they’ve been able to catch more than five kilograms of fish on the best days; nine said that they could catch between two and five kg and only five said that they could catch between one and two kg. The reported quantities before 2010 were slightly higher, with 20 fishermen reporting more than five kg on the best days. “The river Bosna is still rich in fish, but the law limits the catch to eight specimens”, says another local fisherman.

Most of the fishermen reported problems with waste, pollution, construction and illegal fishing in the river, but still believe that the Bosna and its fish are hugely important for local people. What all of them fear is the construction of hydropower plants. “If they build a hydropower plant in Janjići, all the fish upstream from Zenica will disappear,” says a fisherman from Raspotočje.

How can we explain the extraordinary importance of Bosna for the protection of fish?

Popularly known as being very polluted from industry and wastewater, few people can imagine the incredible aquatic life the river Bosna now supports. There are several reasons for this:

Time to throw away old assumptions

Old assumptions that the “river is already in heavy use, as a result of which its ecological condition is already being impacted” need to be forgotten. Our survey confirmed that river Bosna is a highly valuable river.

Because of the quantity and quality of fish and other rare animals, in 2015 scientists working on the creation of the Natura 2000 network in Bosnia and Herzegovina proposed it for protection as the Rijeka Bosna Natura 2000 site. With stricter control of pollution and implementation of restoration activities, the river Bosna would further improve its status and become even more attractive for local people and for international fishing tourism. But in order to achieve that, the authorities will need to drop all plans to build hydropower projects here. 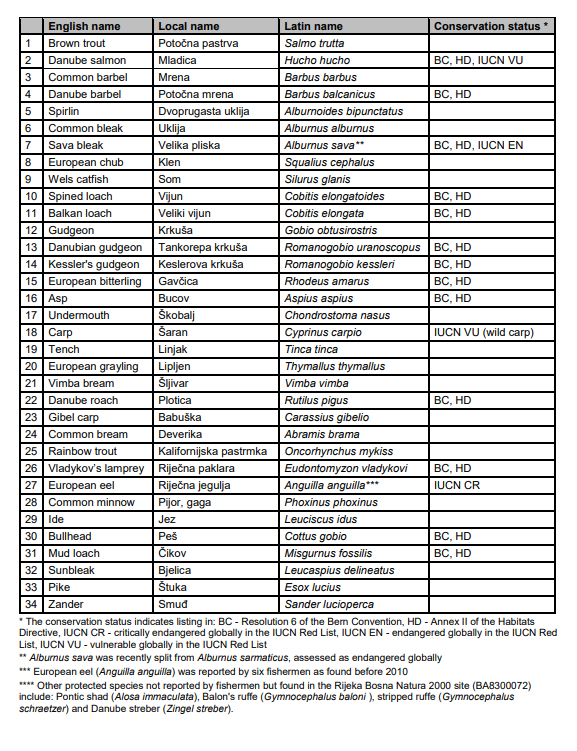