Levels of particulate matter (fine dust) in Rosia de Jiu, Romania were up to 20 times above the limit suggested by the World Health Organisation, show the results of our independent monitoring. 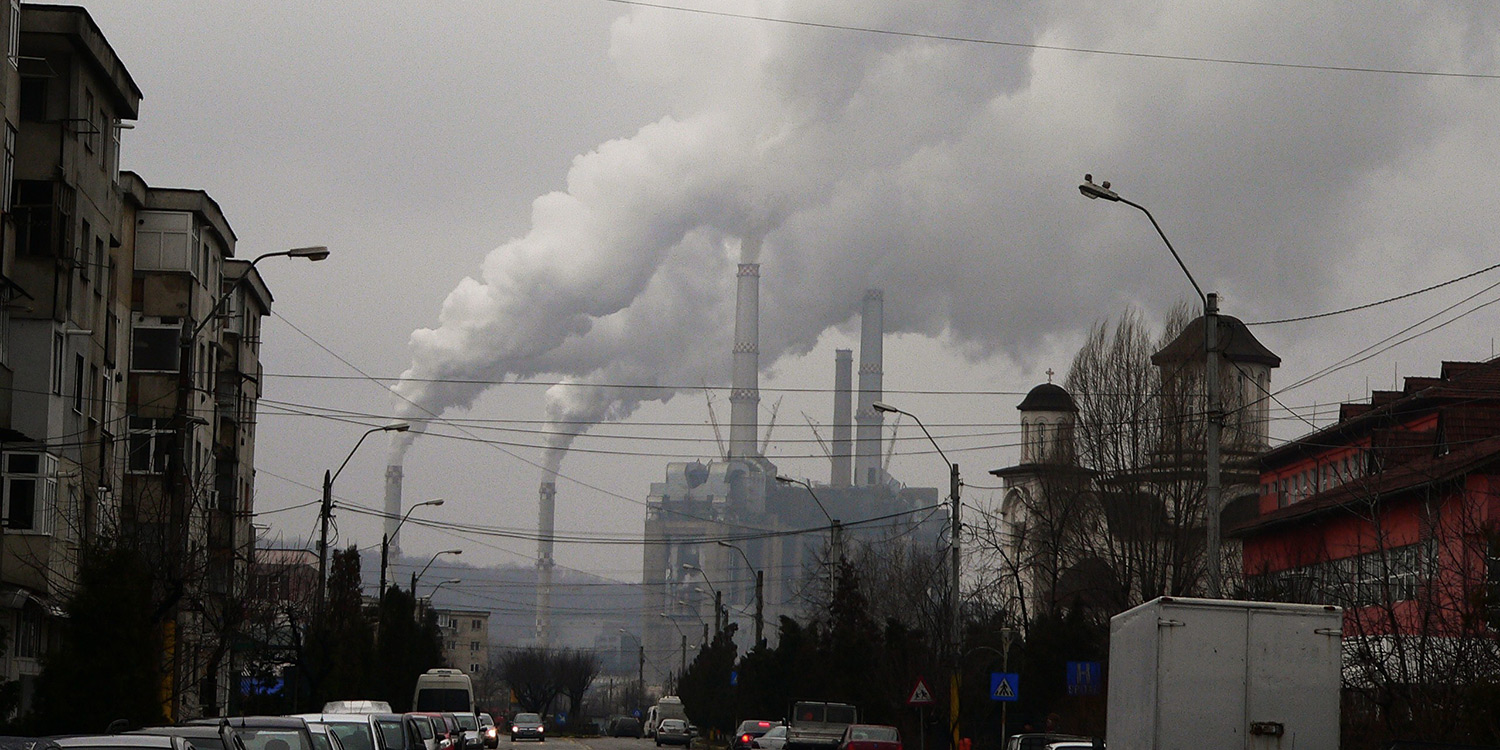 The small Romanian village with the poetic-sounding name of Rosia de Jiu was the last leg of our independent dust monitoring tour through the Balkans. After finding some already alarming levels of air pollution in other countries, we were prepared for similar results in Romania. We couldn’t have expected such bad air, though.

You really need a local guide to help you navigate towards to the village of Rosia de Jiu. Well hidden behind a (now illegal) coal storage depot in the town of Rovinari, you have to take a little side street off the main road and have a trained eye to spot the sign towards the village. It’s like a well-hidden secret. That narrow road always reminds me of what they say when you exit an airport “no return beyond this point”. Sadly enough, the approximately 20 families which still live there do often find themselves in a dead end situation.

The village, situated near the existing Rovinari lignite power plant, has been exposed for years to extreme air pollution, originating from the power plant, the two open-pit lignite mines which surround it – Rosia and Pinoasa – the illegal coal storage depot nearby, open conveyor belts and heavy trucks going to the mines and back right in front of their houses. The Rovinari Power Plant is the only of the four operated by Oltenia Energy Complex (OEC) to have its coal delivered on a transport belt directly from the lignite mines and the deposits surrounding it.

Whenever we talk to the locals, there are two constant things they complain about: noise and dust. They have been promised resettlement since 2007, but the mining company has not made any progress in this regard, as the mines are not envisaged to expand towards the village, resettlement is not a priority.

The first results made our jaws drop

The health effects of inhalable PM are well documented by the World Health Organization (WHO) and include respiratory and cardiovascular diseases. The WHO recommends levels for the more coarse PM10 of not above 20 μg/m3 for the annual average and 50 μg/m3 for the 24-hour mean. Because air quality data is unreliable in most countries in the region, Bankwatch has done its own monitoring in different countries since autumn last year.

Since the machine was finally in our home country, that first evening we watched the measurements online in real time. We couldn’t believe our eyes – it was for the first time we had seen concentrations of above 1500 µg/m3 for an hourly average, and some of the minute-by-minute values went up to values of over 6000 µg/m3!

We thought something must have gone wrong and went back to Rosia de Jiu to check. But no, nothing was wrong, that is what the people there have to breathe every day.

Over the 30 days of monitoring PM 10 and PM 2.5 emissions in Rosia de Jiu, it was only on two days that the EU 24-hour limit for PM 10 was not exceeded. In other words over 93 percent of days the PM 10 concentration was above the limit, often times 5-6 times above the allowed daily average of 50 µg/m3.  The EU limit on PM 2.5 was exceeded on 23 of the 30 days of monitoring.  The EU’s Air Quality Directive allows 35 exceedances of the PM 10 limit for 24 hours over the course of one year. In Rosia de Jiu, this is for sure not the case.

The impact of mining

Distinctly different from the previous locations is that the hourly measurements shows large differences between concentrations of PM 10 and PM 2.5. In other locations, PM 2.5 represented approximately 75% – 80% of the PM 10 emissions, while in Rosia de Jiu this is clearly not the case. The high levels of coarse particles, PM 10, are indicative of its primary sources: the open-cast mine, the coal deposit, open conveyor belts and unpaved road to the mine. PM 2.5 emissions are linked with combustion processes and should therefore always be measures in places where coal power plants operate.

There are several hourly PM 10 peaks, with the highest recorded on May 2, at 10PM local time, with 1783 micrograms per cubic metre. During seven hours of the observation period the PM 10 concentration has been above 1000 µg/m3. This is 20 times above the EU limit. The graph also illustrates how the PM 10 levels peak most around 8AM local time when work starts at the nearby lignite mine, or around 1PM when the shifts change. Even though PM 2.5 levels fade in comparison to the PM 10 ones, they have shown peaks of over 100 µg/m3 on 43 instances.

While PM 10 emissions are said not to stay in the air for more than a few hours and not travel more than a few metres, if the concentrations are constant every day it really turns into breathing dust instead of air for this community.

To add to this terrible pollution, noise measurements carried out in November 2016 also show how right the locals are to complain, as the noise produced by the power plant and by the conveyor belts carrying the coal from the mines was above the regulated level at all times.

The small community of Rosia de Jiu has suffered enough from being at the heart of the lignite operations. Most of the locals are now retired and deserve a peaceful life with their families, who now won’t visit for fear of exposing their children to this pollution.

Coal mining is dirty and unfair and leaving long term scars. OEC, the energy utility operating the power plant and the mines near Rosia de Jiu, needs to make it up to these people in the 11th hour.