For its first loan to ‘Arab Spring’ countries the European Bank for Reconstruction and Development has chosen vehicles and partners whose ability to deliver developmental value is highly uncertain. 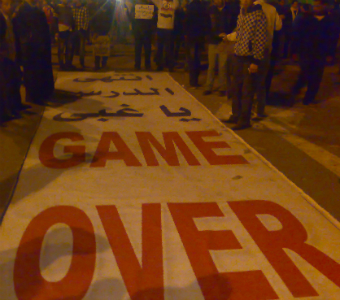 This post is an article from the upcoming Issue 53 of our quarterly newsletter Bankwatch Mail.

Public investment millions provided to a private equity fund based in a tax haven – these days, with the buccaneer activities of private equity firms and the use and abuse of tax havens very much in the public spotlight, this kind of thing could validly be expected to provoke a public outcry.

Yet when such investments are made under the cloak of international ‘development finance’, as the European Bank for Reconstruction and Development did last week, there is not only cursory media reporting but, by the sounds of it, some hearty back-slapping within the EBRD itself.

The deal in question, a EUR 20 million equity investment in Maghreb Private Equity Fund III, is part of the EBRD’s first raft of signed-off investments for the Middle East and North Africa (MENA) region.

Private equity may set some alarm bells ringing (just ask the Obama presidential campaign) but the Maghreb Private Equity Fund III is also based in Mauritius, a renowned tax haven, a fact not alluded to in the EBRD’s press materials. It is, however, cited in the bank’s project summary document that was published unusually late: not months in advance of the EBRD’s board meeting to discuss it, as is the norm, but on the same day as the board approved it.

Accompanying the press announcement of this private equity deal, and two others involving ‘intermediated finance’ (see below) in the EBRD’s new region of operations, was a Tweet from the bank’s recently appointed president, Suma Chakrabarti:

EBRD Board just approved the first projects for Morocco, Tunisia and Jordan. Historic day. Euphoria, with staff and countries praised.

Clearly much excitement, then, as the EBRD’s lengthily trailed and controversial entry into the MENA region became a reality. Given the nature of these investments, though, and their highly uncertain ability to deliver developmental value in these acutely needy economies, what exactly is there to shout about?

Last week’s private equity deal and the two other accompanying investments in Jordan and Morocco see the EBRD relying on intermediary institutions to select and pass on loans to thousands of final beneficiaries, usually in the small- and medium-sized enterprises (SME) sector.

While the intention of these investments is to spur economic development by lending to SMEs, the investment model (so called ‘intermediated finance’) raises more questions than answers.

For one thing, based on the EBRD’s track record in eastern Europe over more than a decade, accountability for this type of lending is nowhere to be seen due to commercial confidentiality. The EBRD is not compelled to (and very rarely does) reveal publicly who the final beneficiaries are, or what they have been doing with the funding; nor do the intermediary institutions, be they commercial banks, private equity firms or hedge funds.

And yes, the World Bank’s private lending arm, the IFC, has invested in a hedge fund under the ‘development’ banner. As Nick Hildyard of The Corner House has recently pointed out, though:

What’s more, a May 2011 report of the World Bank Independent Evaluation Group, Assessing IFC’s Poverty Focus and Results (pdf), found that less than half of the projects reviewed (the IFC invests only in the private sector) were designed to deliver development outcomes, and just one third of the projects addressed market failures, such as enhancing access to markets or employment of the poor.

If you’re new to intermediated finance, then, it doesn’t exactly seem to add up. But there’s the added red flag that the investments announced by the EBRD include a client that is registered in a tax haven. In spite of its development bank status, and similar to other institutions such as the World Bank and the European Investment Bank, the EBRD is still permitted to provide financing to entities based in tax havens. The risks of doing so, particularly in a development context, are becoming increasingly well documented – as usual the peerless Tax Justice Network has been leading the way.

More evidence is provided in a recently published report from the development NGO Eurodad. Private profit for public good? Can investing in private companies deliver for the poor? maps out the recent rapid growth in the intermediated finance sums being doled out with a ‘development’ stamp by the international financial institutions, and has uncovered the alarming trends that come with it.

Analysing this kind of private sector financing provided by the EIB, the IFC and other development finance institutions (the EBRD was not part of the analysis), between 2006 and 2010, Eurodad found that:

As the Eurodad report points out,

‘Unfortunately development banks and private financial institutions have a spotty record when it comes to the development impact of their projects, so “trust us” does not qualify as an effective method of monitoring and evaluation.’

The UK Department for International Development (DfID), the UK government agency responsible for interacting with and channelling UK development money to the EBRD and other agencies, has arrived at similar conclusions regarding the EBRD and development. DfID’s 2011 multilateral aid review rated the EBRD among the bottom ten of 43 institutions assessed in ‘contributing to UK development objectives’.

At the time of this review EBRD president Chakrabarti was the top civil servant at DfID, so these findings can not have escaped his attention. Transforming the EBRD into an institution that delivers much more effectively on development goals is surely one of the key challenges for Chakrabarti’s presidency.

What’s in store for Egypt?

It is highly concerning that the EBRD has opted to signal its entry into a new region of operations with these type of investments. More of the same can now be expected, involving not millions but billions of public money. With EBRD investments expected shortly to commence flowing into Egypt, where tax haven abuse by Hosni Mubarak, his family and other cronies was rife, the people of the region must be scratching their heads about the west’s post-revolution response.

The EBRD’s dubious infant steps into North Africa and the Middle East, not to mention its already very grey-tinged footprints in eastern Europe, could be set on a more appropriate path. To do so requires this development bank to grant full public disclosure of where these funds are going, who is benefiting and what the real added value in terms of job creation and environmental sustainability actually is.

This post is an article from the upcoming Issue 53 of our quarterly newsletter Bankwatch Mail.