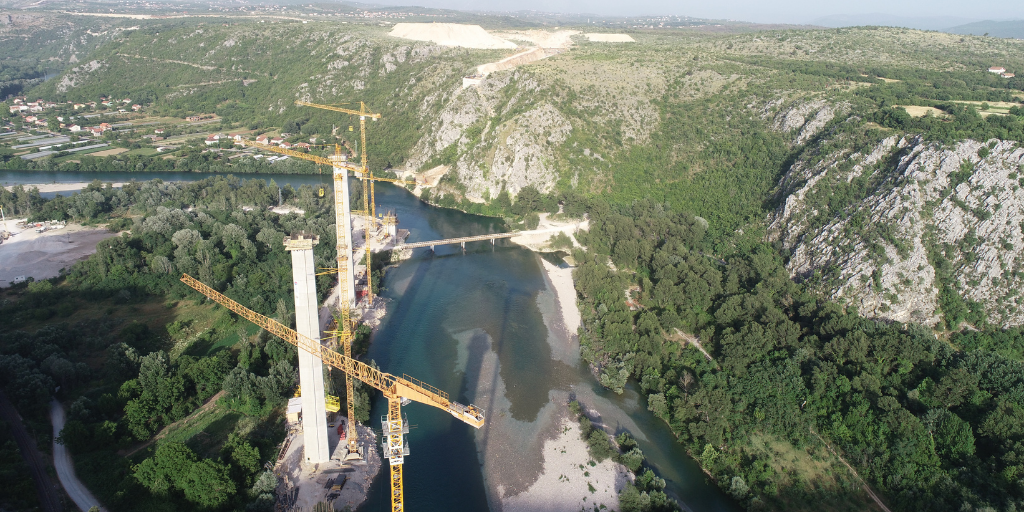 On December 28, 2021, the Municipal Court in Mostar ruled that the Federation of Bosnia and Herzegovina’s decision to build the Corridor Vc motorway through Kosor, Malo Polje, Blagaj, Ortiješ, and Lakševine constituted covert discrimination against affected people by failing to conduct public consultations and justifying the changes to the Spatial Plan in 2017.

The court concluded that the seemingly neutral practice of changing the motorway route indirectly discriminated against the plaintiffs, because of the inadequate justification and lack of public consultations for the changes to the Spatial Plan. The court also acknowledged that the war returnees have a disadvantaged position in realizing their social and economic rights in FBiH. The European Corridor Vc, which runs for 330 kilometres across Bosnia and Hercegovina, is a part of a bigger infrastructure project that connects the Croatian coastal town Ploče with Budapest, Hungary’s capital city.

On 25 December 2017, the FBiH Official Gazette announced that the FBiH parliament approved amendments to the Spatial Plan that shifted the subsection between Mostar and Počitelj from the Podveležje ridge to fertile terrain in the Neretva River valley.

The court verdict is significant because it is the first to legally confirm residents’ and Bankwatch’s contention that the present routing of this section of the motorway was implemented without any public discussions.

Echoing local resident’s allegations, Bankwatch argued in 2020 that the decision to relocate the route was non-transparent and was based on a multicriteria analysis that was not publicly available at the time. It lacked proper environmental and social impact assessments and cost benefit analysis, which are required by the international financier, the European Bank of Development and Reconstruction.

Local residents have repeatedly opposed the new route of the Mostar-Pocitelj section. Besides destroying fertile land of the Neretva valley, residents claimed that the re-routing of the motorway has disproportionately negative impacts on the lives of war returnees whose livelihoods largely depend on agriculture.

According to Milenko Krcum, the legal representative of the plaintiffs, the court’s ruling supports local residents’ allegations of undue political interference on the decision over the Spatial Plan. To him, “the Federation of BiH did not prove that the change in the highway route was justified and necessary, and therefore points to the possibility that the new highway route was motivated by covert political motives.”

By extension, the verdict also raises questions about the financing of Corridor Vc South Mostar section by the EBRD. The Independent Project Accountability Mechanism of the bank is currently reviewing the project’s compliance with the Bank’s policy requirements. According to the EBRD’s safeguards policy, ethnic minorities should be identified as vulnerable populations in need of greater protections and dialogue.

According to Bankwatch’s review of the subsection’s 2020 environmental and social impact assessment, no special attention was given to the impacts on the livelihoods of war returnees and suitable mitigating measures to protect their rights were missing.

Can litigation succeed where politics has failed so far? Affected local people are determined to defend their rights through all legal avenues. And meanwhile the financing of Corridor Vc needs to be brought into compliance with European standards. The review by the bank’s complaints mechanism is expected to result in important recommendations for new assessments and consultations before the final route of the South Mostar section is chosen.