The Polish government has a sad reputation for adopting unilateral, even obscure approaches when it comes to our country’s energy policy. What now came as a very disappointing surprise is that the Polish parliament joined the opportunistic chorus of denial – one that considers alternatives to the continued reliance on fossil fuels as a threat to Poland’s security. 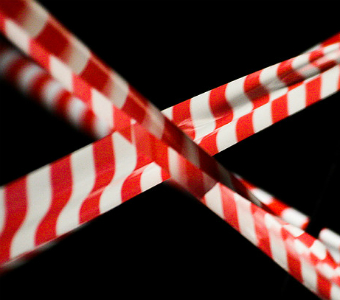 Last Friday, in an unanimous vote, the Polish parliament adopted a resolution which criticises the European Commission’s long term objectives for reducing greenhouse gas emissions and creating a low-carbon economy in Europe.

The resolution states that:

… instead it calls for

This vote (and the fact that even the more progressive members of parliament voted in favour) is just another sign of how much Poland is detached from the rest of Europe – and from reality.

While countries such as Finland work on plans to phase-out coal generation by 2025 and Germany foresees a full decarbonisation of its electricity in 2050, Poland is still fighting wars with its perceived enemies, embodied now also by the European Commission. (And never mind that 26 countries have supported the Commission proposal.)

At the same time, Poland’s decision makers have not come up with a document that outlines their vision of an effective climate policy (a need that Friday’s Parliament resolution “recognises”). Instead they repeat a mantra that mingles the fear of economic stagnation with an imagined or at least grossly exaggerated threat to Poland’s energy security by external powers.

Many open questions, no answers

I think it is legitimate to ask my country’s representatives: What would a Polish “Roadmap 2050” look like? What is the place of renewables in Poland after 2020? How is Poland willing to address its growing dependence on oil coming predominantly from Russia? And what about the increased coal imports?

Poland’s Energy Policy 2030 (pdf) envisages over 65% of primary energy demand in 2030 coming from coal, lignite and oil. It does not include much development in renewable energy after 2020 – the renewable ratio of the final gross energy demand would increase by only one percent between 2020 and 2030.

What about energy efficiency, then? Will Poland exploit its still massive potential and thus reduce our energy and heating bills and our CO2 emissions?

Instead of answering these questions or consulting them with its citizens, Polish authorities are grumbling at the European Commission and are buying time to continue business as usual. (We have also heard Prime Minister Tusk on Friday, announcing more roads, more coal power plants and shale gas [PL].)

Poland’s long-term thinking seems to cover only considerations over how to get us through the next two difficult years when EU money will only come as a trickle.

More than one possible future

The sad thing is that understanding climate policy simply as a “burden” (as the Parliament’s resolution does) neglects the benefits that lie in green investments.

A study by the Central European University estimates that large-scale deep retrofitting of buildings would bring energy savings worth EUR 203 billion by 2080 and create 224 000 additional jobs.

In numerous places around Europe, Poland included, money from the EU Budget has been used fruitfully to implement projects that benefit both the environment and the economy. The next EU Budget (2014-2020) worth one trillion euros, a third of which will go to Cohesion Policy funds, could bring many more such investments, especially if – as planned by the Commission – at least 20 percent of this money is earmarked for low carbon spending.

Clearly, for Poland, low carbon comes with EU financial support and with economic benefits added to the environmental ones. It has been stated over and over again by the EU and by independent researches.

Alas, Polish decision makers are not willing to listen to civil society’s suggestions or proof. The state prefers to support research that is decidedly pro-fossil fuels, because the government has always known that there is only one possible future and that any discussion with the remaining 26 EU countries – or its own citizens – is useless. And now the Polish Parliament has backed this approach unanimously.

But questions over how to build a more sustainable energy sector must not just be ignored any longer.

The next time you see a Polish official criticising the European Commission’s Roadmap 2050 please do raise these issues with them. Ask them how their Roadmap looks like. Call the bluff.