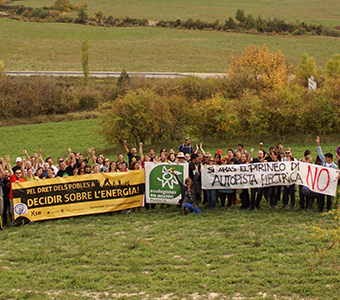 Inspired by the toxic tours in Mexico, Ecuador and the United States, the Catalan organisation ODG organised the tour VOLT II, challenging large energy infrastructure that followed the fantastic experience of the Volt Oligotòxic in Catalonia in 2014.

The tour started on 9 October with a conference in Barcelona where activists campaigning on controversial infrastructure projects came together to strengthen their narratives for more sovereignity in the face of imposed infrastructure, trade agreements like TTIP, financial instruments like the European Fund for Strategic Investments.

The following three days, more than 90 VOLT participants were travelling by bus through territories affected by large energy infrastructure. Each stop was organised by local groups with a variety of activities including debates, expositions, short hikes, assemblies, etc.

Most of the large energy infrastructure projects are part of the EU’s energy strategy and are considered Projects of Common Interest (PCI), a list of projects that are considered to be high-priority and that can receive administrative and financial benefits.

Here are some impressions from the stops:

Stop 1: Castellar del Vallès, site of the planned MIDCAT gas pipeline, a PCI projects, that aims to connect Spanish gas facilities with the European ones. 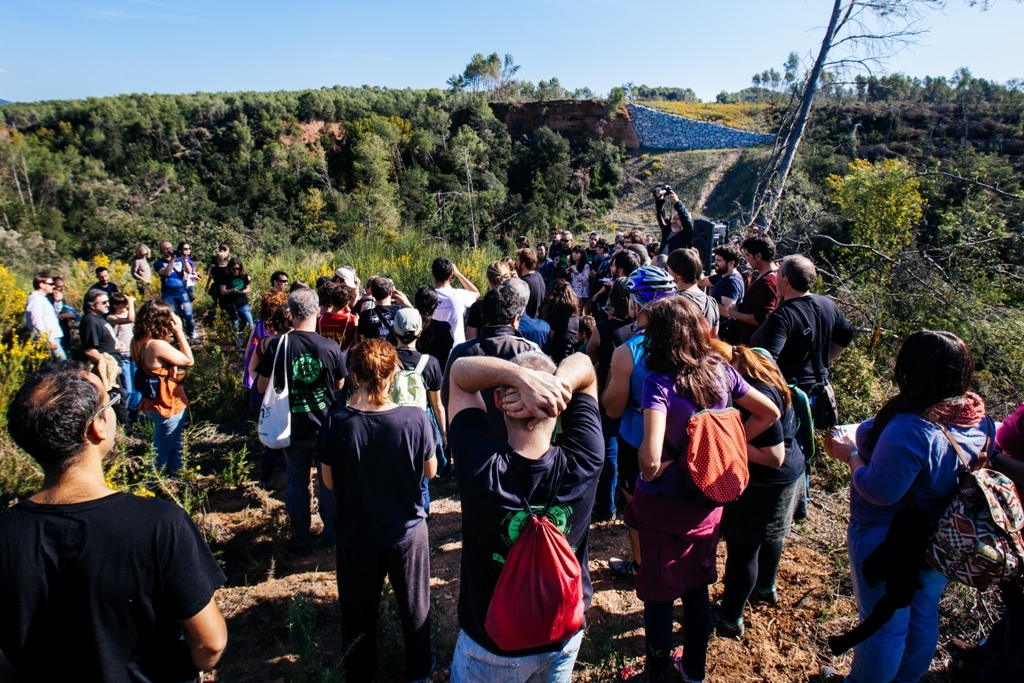 Stop 2: Sallent, site of a waste mountain from salt mining. 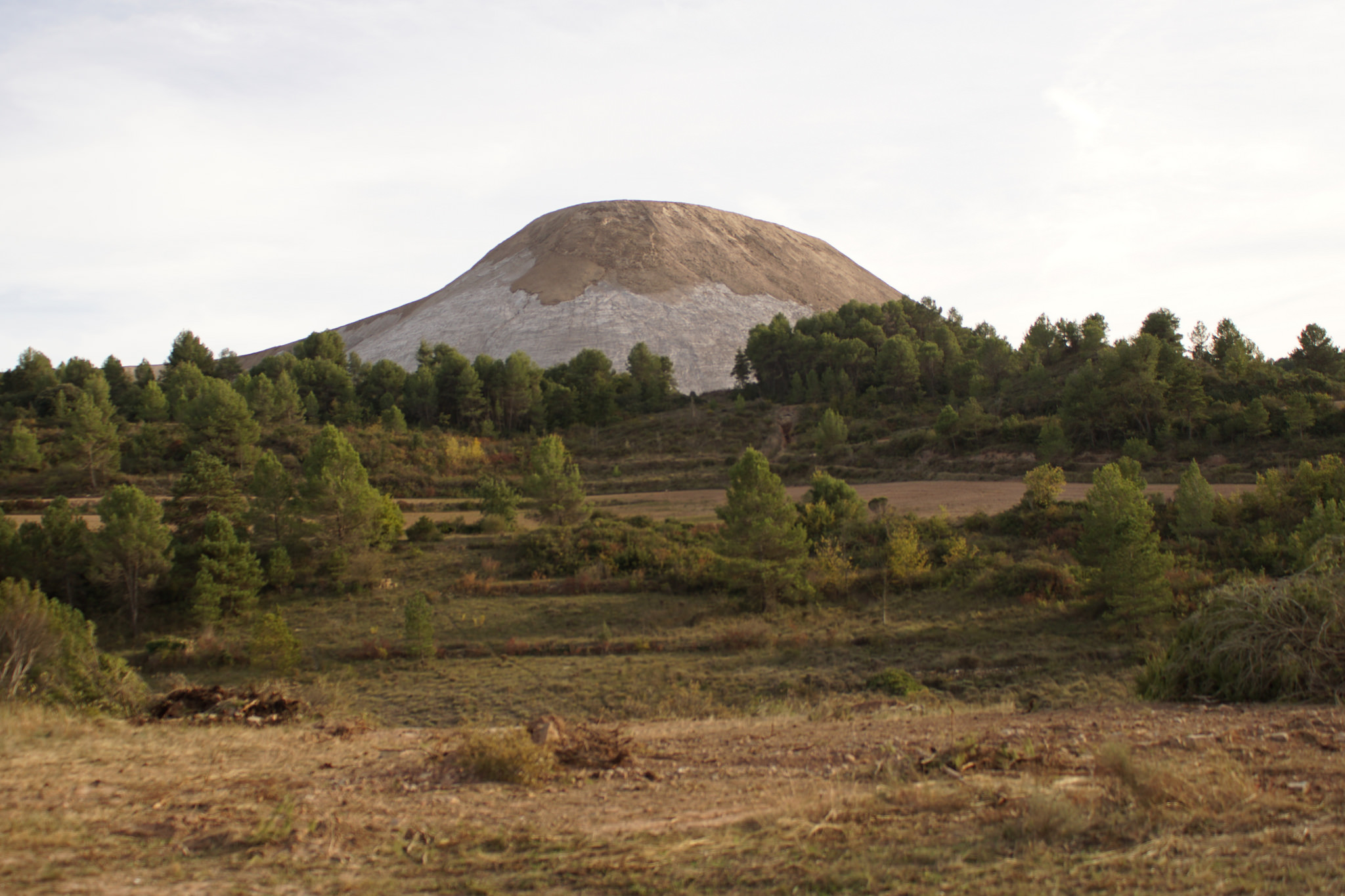 Stop 4: Graus, where an assembly was held with locals fighting a historical struggle against a very high voltage transmission line. 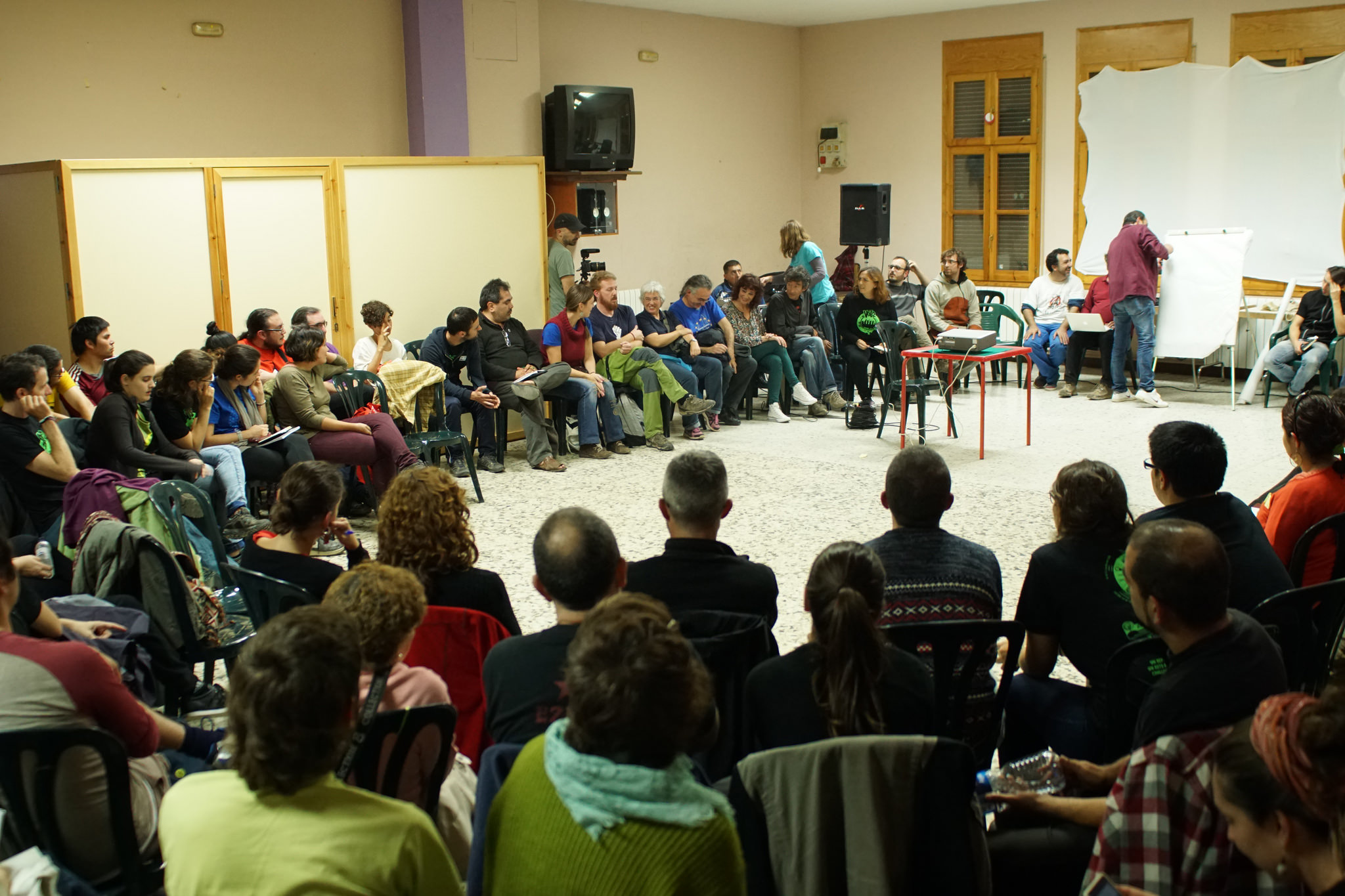 Stop 5: Sabiñánigo, site of a planned very high voltage transmission line that is touted as being suitable for the Juncker Commission’s European Fund for Strategic Investments. 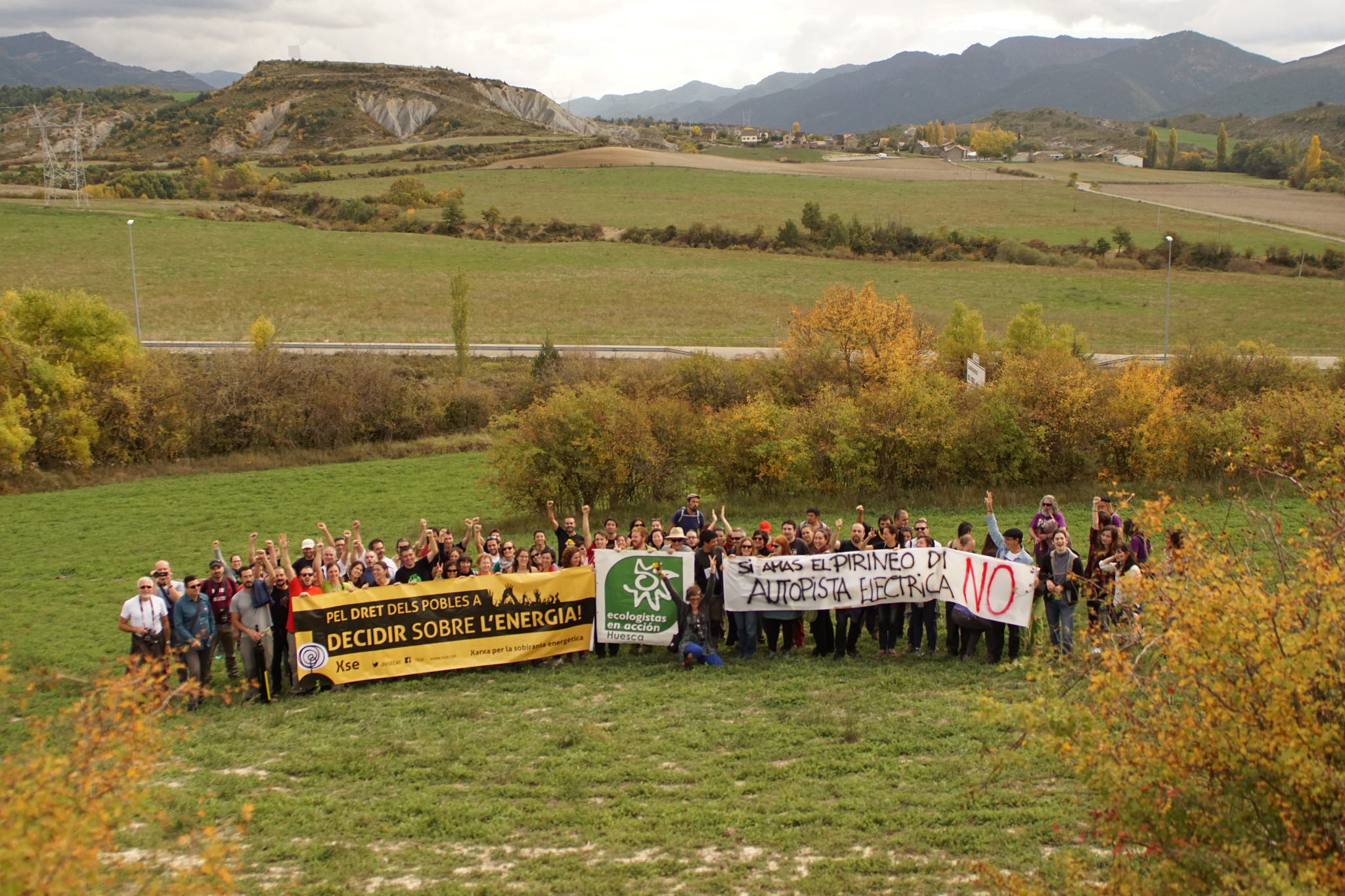 But apart from the struggles against unnecessary and damaging infrastructure, the VOLT tour showed again how social and environmental activism builds ties between affected communities and people from other regions or countries.