In the current period (2007-2013), 73% (EUR 55 billion) of total EU funds transport funding goes to the CEE-10 countries in central and eastern Europe (without Bulgaria and Romania). These amounts could help significantly improving the often desolate public transport sectors in the region. 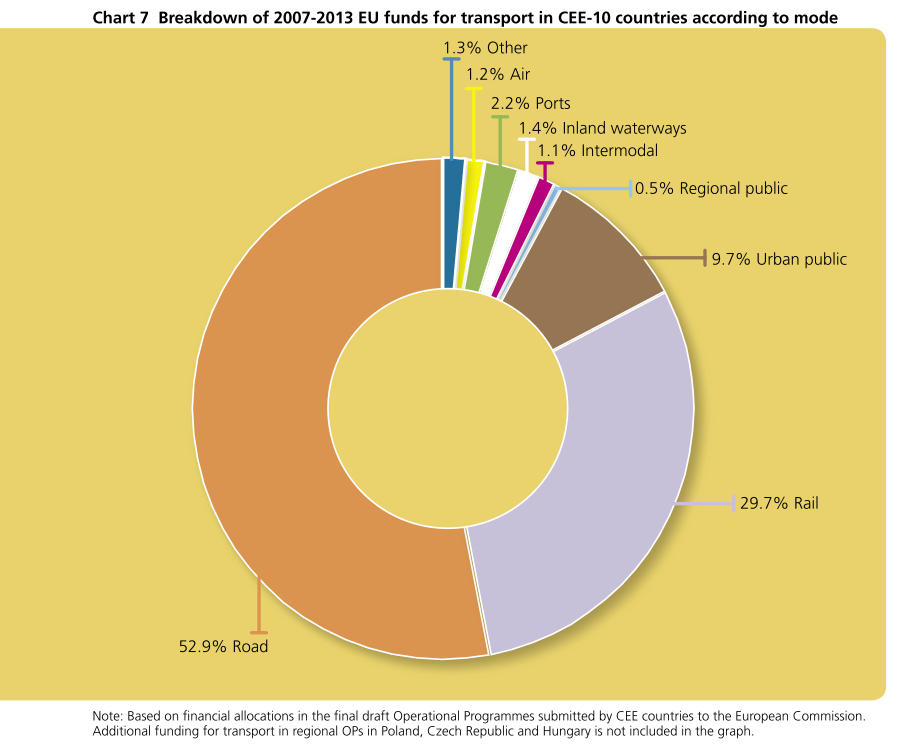 Bankwatch is advocating for a clearer commitment to use EU funds to decarbonise the regions transport sector. This requires improvements at national, regional and EU levels. (More details on our EU funds page.)

As the world’s biggest public lending institution, the EIB is one of the very few actors that can, through targeted infrastructural investments, boost the decarbonisation of the EU transport sector. Instead it is fuelling climate change through its bias towards roads.

A breakdown (pdf) of the EIB’s transport and related industry investments from 1996-2009 shows that:

We urge the EIB to shift its lending towards rail and public urban transport, specifically in CEE where these are in dire need of modernisation, upgrade and expansion.

The European Bank for Reconstruction and Development (EBRD)

The EBRD invests much smaller amounts in transport but its investments are equally controversial, including the Gazela bridge rehabilitation project in Serbia, and potentially the monstrous St. Petersburg Western High-Speed Diameter motorway.