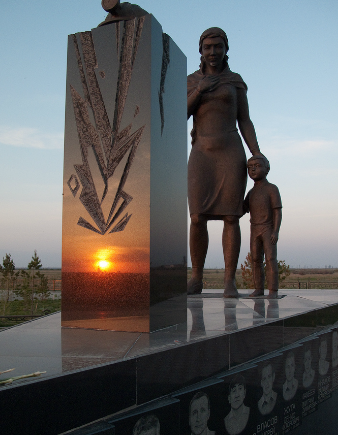 In 2007, ArcelorMittal (AM) received a loan from the European Bank for Reconstruction and Development (EBRD) for health and safety improvements in its Kazakh coal mines.

While fatal accidents at the mines continue, the company has so far not provided sufficient information to allow an assessment whether the project is being implemented successfully, that is whether health and safety conditions of ArcelorMittal’s miners in Kazakhstan are indeed improving.

We visited Temirtau to talk with miners directly about the company’s health and safety performance. The miners we met raised several issues.

See a few examples below or read the full report (pdf). (More testimonies can be found on our youtube channel.)

Complaints about the lack of working and safety equipment included for example, the banning of unsafe equipment without providing alternatives, insufficient lighting, water in mines, having to buy one’s own equipment.

Lack of mine workers and unsafe organisation of work

Disproportionate lay-offs at the mines is having an impact on safety at the mines. For example, miners report having to work on tasks for which they are not qualified or reinforcement work happening simultaneously to extraction instead of having the mines properly prepared in advance.

In the least serious case this results in miners losing their bonus payments because they cannot complete the work. In more serious cases it has already led to injury and even death.

Misclassification of work accidents and threats to miners

Several miners reported that they or their colleagues had suffered accidents that had either been classified as less serious than the miners considered them to be or something that happened at home, not at work. One worker from the Lenin mine even suggested that ninety percent of injuries are classified as home injuries.