Bosnia and Herzegovina will be subject to a fact-finding mission for its failure to protect the upper Neretva river from eight planned hydropower plants, following a decision taken by the Standing Committee of the Bern Convention (1) today. The Convention’s decision comes in response to a complaint submitted by environmental organisations last year. 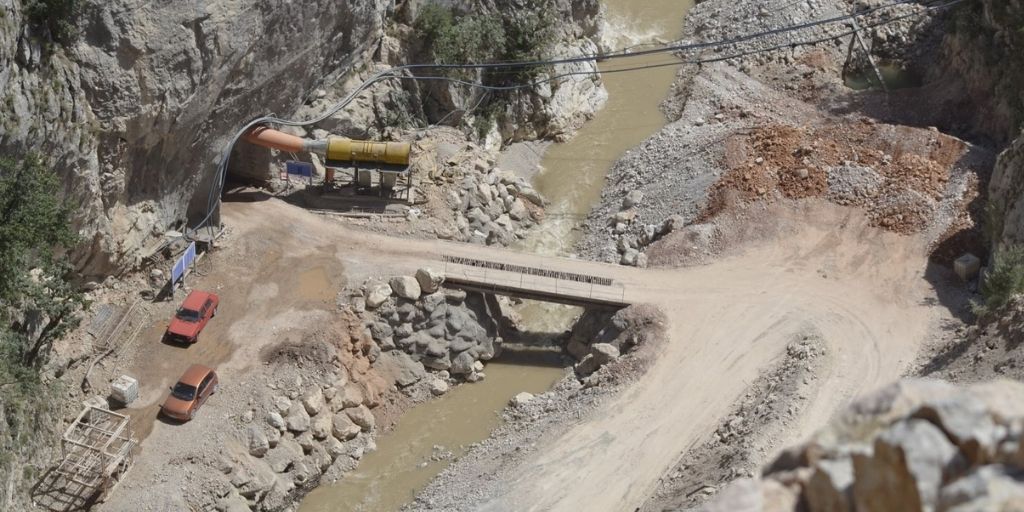 A construction site of the Ulog hydropower plant on the Neretva River, Bosnia and Herzegovina. Picture: Robert Oroz

The EFT Group’s 35 MW Ulog plant, with a 53-metre high dam, is already being built by China’s Sinohydro. Construction works were already halted once in 2013 after two fatal accidents caused by landslides (2), but resumed in 2020. A series of seven smaller plants is also planned further upstream by local company Marvel d.o.o. and will turn most of the upper course of the river – a section of about 38 kilometres – into a series of dams, pipes and reservoirs.

The complaint, submitted by the Center for the Environment, Aarhus Center Sarajevo, Riverwatch, Euronatur, ClientEarth and CEE Bankwatch Network, alleges that the Bosnia and Herzegovina authorities failed to protect the upper Neretva – part of the Convention’s Emerald Network – by permitting hydropower development along its entire length.

The Emerald Network is an ecological network consisting of natural areas of special interest for protection, located in the member states of the Bern Convention. Due to its uniqueness, the upper course of the Neretva River had already been put forward for protection within this network in 2005.

Although the environmental impact assessments for these projects identified several significant species such as otters and crayfish being present, the government of the Republika Srpska Entity concluded, without any evidence, that these projects would not have a negative impact on the environment and could be implemented.

“Research confirms that the area around the source and upper course of the Neretva is an extremely well-preserved ecosystem. Muddy water due to the construction and operation of the Ulog hydropower plant would destroy the most important Balkan populations of marble trout, soft-mouthed trout, and the endemic Neretva loach downstream, while the seven plants upstream would threaten the survival of the only brown trout Adriatic haplotype. The upper Neretva would completely change from a river into a series of reservoirs and pipelines”, said Jelena Ivanic, coordinator of the Save the Blue Heart of Europe campaign in Bosnia and Herzegovina from the Center for the Environment.

“Bosnia and Herzegovina, as a signatory to the Bern Convention, is committed to preserving wild flora and fauna and their natural habitats, yet Republika Srpska is blundering ahead by allowing the destruction of the entire upper Neretva,” she added.

The Save the Blue Heart of Europe campaign aims to protect the most valuable rivers in the Balkans from building hydropower plants. The campaign is coordinated by the NGOs Riverwatch and EuroNatur, and is being run jointly with partner organizations from the Balkans.