Prague – Proponents of coal say almost 30,000 jobs will be created or maintained in southeastern Europe if new coal plants are built, while according to new analysis [1] by Bankwatch, over 5,000 jobs will be lost. 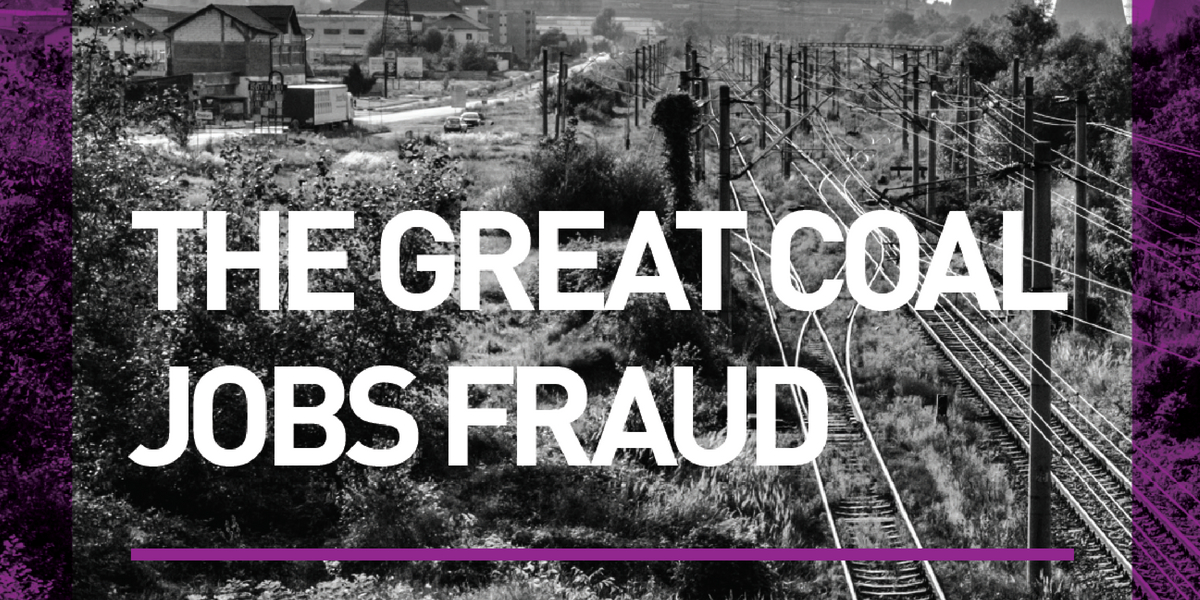 In this analysis covering eight southeast European countries [2], CEE Bankwatch Network finds that claims that the coal industry will create or maintain tens of thousands of jobs in the region – a key argument used to justify building new coal units or prolonging the life of unprofitable, old and polluting ones – are greatly exaggerated.

According to Bankwatch estimates, while proponents of coal have overall claimed that 10,030 jobs would be maintained and 17,600 new jobs created, a reduction of workplaces by around 5,170 is more likely.

The planned 500 MW Kosovo e Re power plant is the regional prize winner in terms of exaggerated employment claims. Media statements by the concessionaire suggest that 10,000 jobs would be created during the construction phase and 500 during operation. Yet the Bankwatch analysis shows that no more than 1,200 workers should be required during the construction stage – and many of them are likely to be imported specialists – while no more than 190 should be required during operation.

At the same time, overstaffed coal mines in the region will see large reductions in employee numbers whether new coal power plants are built or not.

‘Governments in the region which pretend the coal industry can be kept afloat are merely deceiving people. The industry is dying and the promises of job creation are keeping workers and communities trapped into an altered reality,’ says Ioana Ciuta, Bankwatch energy coordinator and co-author of the study. ‘Meanwhile, employment in renewables has reached 1.5 million in the EU alone and it’s growing. There are alternatives for people, if only governments would put as much effort into promoting them as they put into saving coal.’

‘That the coal age is coming to an end is a fact and southeastern Europe is not immune to this trend,’ says Pippa Gallop, Bankwatch research coordinator and co-author of the analysis. ‘Resources that governments now waste on propping up a dying business need to be invested in helping regions transform away from coal from today, as many mines have been laying off workers for years already.’