Destructive hydropower project in Macedonia loses its only source of funding

Skopje, Prague – After a five years long campaign, Eko-svest, Front 21/42 and CEE Bankwatch Network welcome the cancellation of a EUR 65 million loan from the European Bank for Reconstruction and Development (EBRD) intended for the Boškov Most hydropower project in Macedonia. As a result this controversial project is now highly unlikely to be realised. 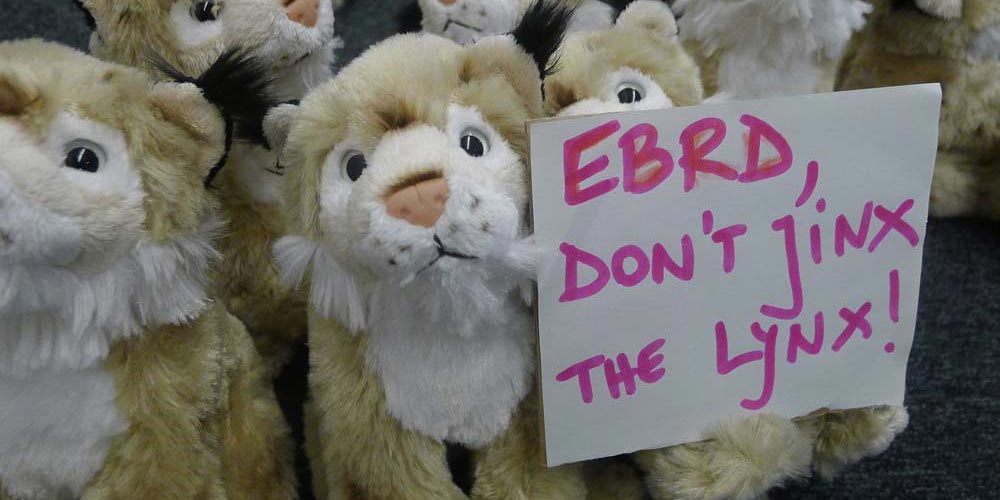 Skopje, Prague – After a five years long campaign, Eko-svest, Front 21/42 and CEE Bankwatch Network welcome the cancellation [1] of a EUR 65 million loan from the European Bank for Reconstruction and Development (EBRD) intended for the Boškov Most hydropower project in Macedonia. As a result this controversial project is now highly unlikely to be realised.

In a statement posted last week on the EBRD’s website, the bank said that the loan agreement had been valid for five years but “conditions for disbursement were not met.”

Ever since plans for the Boškov Most hydropower project emerged, Macedonian and international environmental groups have repeatedly warned [2][3] of the detrimental ramifications this 68 MW hydropower dam inside the Mavrovo National Park could have for the fragile ecosystem and unique wildlife.

In particular, the project could severely threaten the already critically endangered Balkan lynx as well as several aquatic ecosystems and their species. In December 2015, the Standing Committee of the Bern Convention, the European wildlife treaty, called on the Macedonian government to suspend its plans [4] for establishing the Boškov Most and Lukovo Pole hydropower projects until the potential cumulative environmental impacts of these projects, as well as 19 other smaller hydropower projects across the Mavrovo National Park are fully assessed. Shortly after this resolution was issued, the World Bank decided to withdraw its support to the Lukovo Pole project.

Ana Colović Lesoska, Director of the Macedonian center for environmental research and information Eko-svest, said: “We expected the EBRD to have withdrawn from the project much earlier, even in 2013, when the independent expert report [5] came out as a result of our complaint to the bank’s Project Complaint Mechanism [6], stating that the EBRD had breached its own procedures when approving the project in 2011.”

Fidanka McGrath, Bankwatch EBRD co-ordinator, said: “It was about time. This is now the second large hydropower project in the Balkans from which the EBRD had to withdraw, after the Ombla project in Croatia in 2013. We hope that this cancellation sends a strong signal to the bank to back off from protected areas and to reconsider the sustainability of large dam projects that cause irreversible biodiversity loss and the destruction of unique habitats.”