Bucharest — The European Bank for Reconstruction and Development (EBRD) confirmed this week that it has suspended plans to finance the refurbishment of the Turceni coal power plant in Romania. The project is currently subject to a number of legal challenges on environmental grounds and Romanian authorities are investigating allegations of corruption at the plant. 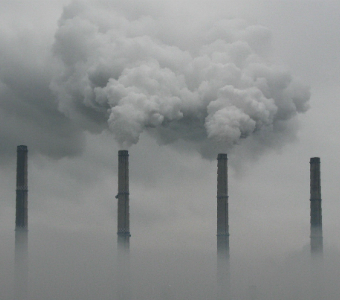 UPDATE (September 7, 2015): The EBRD’s project summary document for the Turceni project now confirms that the loan has been cancelled.

Bucharest — The European Bank for Reconstruction and Development (EBRD) confirmed this week [1] that it has suspended plans to finance the refurbishment of the Turceni coal power plant in Romania [2]. The project is currently subject to a number of legal challenges on environmental grounds and Romanian authorities are investigating allegations of corruption at the plant.

“We welcome the news that the EBRD dropped financing for the coal unit at Turceni,” commented Ionut Apostol of Bankwatch Romania. “We hope that the EBRD will now focus on assisting authorities and businesses in the Turceni region to diversify away from coal and create much needed employment alternatives.”

“The Turceni project suffers from multiple legal issues including the failure to carry out a full environmental assessment and misclassification of the plant as an existing one instead of a new one to allow higher pollution levels, despite the EBRD financed project implying the reconstruction of unit 6 practically from scratch”, added Kristína Šabová from Frank Bold, Czech Republic. “Suspending financing of this project is likely to protect the EBRD from another scandal such as that at the Sostanj coal plant in Slovenia”. [3]

Thermal power plants (TPP), and particularly coal plants, are at present having difficulties in Romania because either their production is not needed or they cannot compete with prices of other energy sources. The mix of power production capacities has seen some changes in recent years, with old thermal power plants closing and the commissioning of (mainly) wind and solar facilities (many of which were supported by EBRD financing). Overall, the total installed capacity for power production remains similar to the level of the year 2000. More than half of capacity is kept in reserve and this over-capacity offers a short and medium term buffer for the system to transform into a cleaner and more efficient one and phase out fossil fuel based capacities, and it excludes the need to build new coal power plants. [4]

It was in this context that the EBRD approved a EUR 150 million loan in 2008 for the rehabilitation of units 3 and 6 at the Turceni TPP, a project that was never carried through, even though EUR 12 million in commissions were paid to the EBRD and a partner commercial bank. In early 2013, the EBRD decided to restructure and re-finance the loan arranged for the Turceni project, which turned into a EUR 200 million syndicated loan meant only for unit 6.

“Even though the loan to Turceni is just suspended at the moment, it is hard to imagine that the EBRD could possibly resume it, after having adopted its new energy policy in 2013 restricting coal lending,” comments Ionut Apostol. “According to the new policy, the EBRD can only invest in coal when cleaner and less climate damaging alternatives are not available, which is far from being the case in Romania these days.”

[1] In a January 27 email addressed to Bankwatch, the EBRD confirmed that “the Bank has currently suspended considerations for financing of this project.”

[2] Turceni is the largest coal thermal power plant in Romania and it is part of a complex consisting of several coal power plants and lignite mining operations in Gorj county, south-western Romania. Out of the seven units that were built at the Turceni power plant, 3 units (plus possibly unit 6, if refurbished) are set to continue operating in the near future. The power plant uses local lignite and it was the second most polluting industrial facility in Europe in 2009; since then, facilities were built to comply with sulphur oxides emission standards. In its last form, the EBRD organised syndicated loan of 200 million euros was supposed to help finance the rehabilitation and modernisation of unit 6 at Turceni.

[3] An environmental impact assessment should have been conducted for the project along with a public participation process. This was partly triggered by an incorrect categorisation of the project, which was not considered to be about financing a new coal unit as should have been the case. As unit 6 has been out of operation since 2006 and partially dismantled, constructing unit 6 should have been considered building a plant from scratch and the baseline for this rehabilitation project should have been zero emissions. The project would have led to estimated emission levels of 1.6 million tonnes of carbon dioxide per year, as well as additional emissions of sulphur and nitrogen oxides, particulate matter and heavy metals. Furthermore, if refurbished, unit 6 of the Turceni power plant would need to comply with stricter emission limit values under the Industrial Emissions Directive (for new units) and not the emission limit value for existing units. The due diligence process conducted by the EBRD also failed to assess other issues directly related to the project, mainly the deforestation of certain areas to expand lignite mining to feed into the Turceni plant using a practice of slicing areas to avoid thorough environmental permitting. Finally, the due diligence for the project failed to review carbon capture and storage readiness for the project.

[4] More information is available in a briefing paper at
https://bankwatch.org/publications/briefing-turceni-coal-power-plant-rehabilitation