New report reveals the ‘dark side’ of EIB funds: how the EU’s bank supports non-transparent investment funds based in tax havens

Counter Balance launches today a new report that critically analyses a little-known part of the European Investment Bank (EIB)’s operations: its use of private equity funds. The report is available for download at http://www.counter-balance.org/wp-content/uploads/2016/09/The-dark-side-of-EIB-funds_report.pdf The report presents a number of statistics and facts about recent investment funds financed by the EIB during the period 2011-2015. 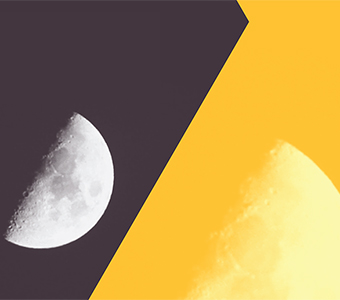 Counter Balance launches today a new report that critically analyses a little-known part of the European Investment Bank (EIB)’s operations: its use of private equity funds.

The report presents a number of statistics and facts about recent investment funds financed by the EIB during the period 2011-2015.

Main findings are that:

In this context, the report further challenges the business model underpinning this type of development finance.

At a time when public pressure is mounting on EU institutions to seriously crack down on tax havens, the report calls on the EU to make sure that its own financial institution, the EIB, ends such operations. Indeed, the EIB continues to systematically ignore calls from civil society and the European Parliament to increase the transparency of its operations and take further steps to tackle tax evasion and tax dodging. [1]

The report also presents concrete recommendations on measures that the bank should implement in order to live up to its role. Among them, the adoption of a fully-fledged Responsible Taxation Policy by the end of 2017 should radically restrict its support to clients operating in tax havens and improve the transparency and due diligence conducted on its operations via financial vehicles. [2]

The director of Counter Balance, Xavier Sol, explains:
“The findings of our research show that the EIB operates through obscure and opaque lending practices with dubious added-value in development terms. Therefore, we call on the European Investment Bank to clean up its act and establish a moratorium on its support to investment funds before it addresses and fixes the structural problems related to these operations. As the EIB’s standing and political power has significantly increased over the last ten years, growing responsibilities are falling on the bank’s shoulders.”

2. See our previous report “Towards a Responsible Taxation Policy for the EIB”, Counter Balance and Re:Common, 2015, online at:
http://www.counter-balance.org/wp-content/uploads/2015/04/towards-responsible-taxationWEB.pdf

Counter Balance – Challenging public investment banks is a European coalition of development and environmental non-governmental organisations (NGOs) with extensive experience working on development finance and the international financial institutions (IFIs). Our mission is to make European public finance a key driver of the transition towards socially and environmentally sustainable and equitable societies.

We have previously questioned the rationale behind the EIB’s support for private equity funds in the 2010 report “Hit and run development”.