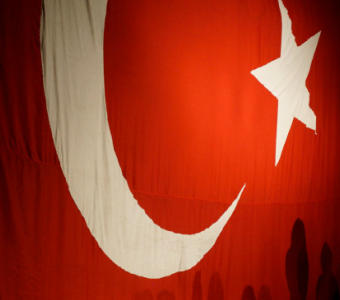 Ignoring its significant solar and wind potential, Turkey envisages a massive expansion of its coal capacities, with over 37,000 MW of new installations proposed.

Between 50 and 86 new coal plants are planned to be built in Turkey over the next few years. This would rank Turkey first among OECD countries investing in new installed coal capacity, and fourth globally, behind only China, India and Russia. As a member of the G20, Turkey committed earlier this year to “phasing out inefficient fossil fuel subsidies” [1].

13 of Turkey’s new plants are supposed to be built in the Western Black Sea region, within 80 kilometres of the coast.

In Amasra, a small touristic port on the coast, two new plants totalling 2,640 MW have been planned for construction, despite opposition from locals who argue these big polluting structures would threaten the tourism potential of this historical region, which also hosts the most intact examples of Black Sea humid karst forest ecosystems.

In nearby Catalagzi, 1,320 MW are scheduled to be added to the existing 1,690 MW of coal capacity. Already today, existing plants in Catalagzi are choking inhabitants with radioactive ash and heavy metals.

Preparation for the construction of new plants is taking place without properly following legal requirements, raising doubts over whether future plants would function with less pollution and negative social impacts than currently operating ones.

The Turkish government recently adopted a new Electricity Market Law giving exemption to all facilities in which the state is an owner or has a participation from all national environment legislation until the end 2018, with the possibility of extending the exemption for three more years through a Council of Ministers decision.

To date, no cumulative impact assessment has been conducted for the 13 new plants planned to be built in the Western Black Sea Coast region. Alternatives to coal in a country with one of the largest solar potentials in Europe have not been properly discussed, and the public consultation processes are deficient.

“In order to understand the interest for solar in Turkey, just think that 1.7 GW of unlicensed, self-consumption projects are forecasted for installation until 2018,” Gulcin Sahin from GP Mediterranean said.

„Turkish authorities would be better advised to support this potentially booming sector rather than choking the population with more than 50 new coal plants,” Sahin added.

„In a resolution passed following the Gezi protests, the European Parliament called on national authorities in Turkey to launch public consultations for all development plans in the country and to conduct environmental impact assessments for all projects,” explains Bankwatch’s Daniel Popov, one of the authors of the fact finding mission report.

„These planned coal units will have an enormous climate, environmental and social impact, not only on Turkish people but also on inhabitants of neighboring countries,” adds Popov. „The EU must closely monitor these projects and make sure they meet requirements related to environmental standards and public participation.”

Read the Bankwatch and Greenpeace Mediterranean report on coal in Turkey:
https://bankwatch.org/sites/default/files/BlackCloudsLooming-TurkeyCoal.pdf

[1] These developments put Turkey on the opposite track from EU countries, where the construction of new coal plants is virtually grinding to a halt.

In April 2013 research undertaken by Poyry consultants for the UK government concluded that it is highly unlikely that new coal power plants will be built in the Netherlands, Germany or Spain in the foreseeable future. Germany, for example, has abandoned 22 coal and lignite projects since 2007 and postponed four more (Poyry Management Consulting: Outlook for new coal-fired power stations in Germany, the Netherlands and Spain, a report to DECC, April 2013, https://www.gov.uk/government/uploads/system/uploads/attachment_data/file/194335/Poyry_Report_-_Coal_fired_power_generation_in_Germany.pdf)

As a prospective EU member, Turkey also needs to take into account EU climate and renewable energy commitments when planning long-life energy infrastructure such as coal power plants. The EU Council has endorsed the objective of reducing Europe’s greenhouse gas emissions by 80-95% compared to 1990 levels as part of efforts by developed countries as a group to reduce their emissions by a similar degree. The European Commission has published a roadmap for building the low-carbon European economy that this will require.