Most of the Kvesheti-Kobi road will pass through the 9-kilometer  Khada Valley, posing threats to traditional livelihoods, biodiversity, cultural heritage, tourism opportunities for the area and creating seismic risks. Environmentalists, geologists, archaeologists and historians worry that the social and environmental impacts of the road project is practically unstudied and is more dangerous than stated in official project documents.

Contractor: Part of the new road will be constructed by the China Railway 23rd Bureau Group.

Customer: The Kvesheti-Kobi highway is envisaged to become a segment of the north-south transport corridor passing through the Caucasus. It aims at better connecting Georgia and the south Caucasus to Russia and its neighbors by building a shorter highway (only by 12 kilometres compared to the existing road). According to the Road Department of Georgia, “the tunnel provides for safer and reliable conditions during the winter for those using the road.”

The Kvesheti-Kobi road threatens to devastate livelihoods. Locals in  Khada are against the construction. The project was approved without their involvement. Most say they would not give their lands at any price, and disputes about lands between people in Khada and the government have not been resolved. Read more>>

As air and noise pollution increases and habitats change, the project will influence species listed in the Red Book. Heavy transportation could encourage the spread of invasive species in the valley, a biodiversity hotspot. The road will cross the Kazbegi National Park and affect bird watching areas that offer unique possibilities for bird lovers in Georgia. Read more>>

The Khada valley, also known as ‘the place of 60 towers,’ shows traces of habitation since the Neolithic era and is known for its artifacts and unique tower construction. The road project documentation suggests that it will pass cultural sites as close as  50 to 100 meters, meaning they are very likely to be ruined. Sufficient mitigation measures are absent. Read more>>

The budget is too expensive for a 23-kilometer long road, and no cost-benefit analysis of land transport development and impact on the country’s fiscal parameters has been performed.

The project has yet to demonstrate its economic return. The increased amount of trailer trucks on the Kvesheti Kobi road will cause USD 200 of damage per trip, while existing tolls (USD 80) cover only 40 per cent of the damage caused. The project does not foresee the increased tolls. Part of the new road will be constructed by the China Railway 23rd Bureau Group, which was banned from participating in tenders by the World Bank due to fraud in 2019.

People of the Khada valley have asked that the Kvesheti-Kobi highway does not pass through their homes. Locals had hoped for tourism development in the unique gorge. The Khada Valley is part of the mountainous Greater Caucasus and Kazbegi National park. It includes more than 10 villages, some of which (Tskere, Benian-Begoni) are situated at around 1800 meters above sea level and keep old traditions and lifestyles of mountainous people.

Most villagers have protested against the project, particularly those who were  excluded from public hearing process in 2019 where they expected to be informed about possible environmental threats and have an opportunity to offer their opinions. In summer 2019 Khadians collected signatures and sent protest letters to the Georgian Prime Minister, ADB, and EBRD. But just a few days after the letter, the ADB allocated funding for the project, followed by the EBRD a few months later. In summer and fall 2019, people from different villages held joint demonstrations, chanting “Khada is not for sale.”

To start construction, the government needs to buy land from the villagers. But most of the locals said they are not going to sell, even if offered a “very high price.” The government offered a paltry USD 1.66 to 2.66 for one square meter of the historic, precious lands which have been the property of extended families for centuries and now are almost the only source of income for some. Locals consider the price inadequately low. Some Khadians who maintained their ancestral lands as traditional properties decided to formalise them in the public registry, but most have not. The Road Department of Georgia refused registering these lands for various reasons.

As the project proceeds, the valley will face air, water and visual pollution, groundwater changes, and noise. While locals protest to relocate, the expected forced economic resettlement and reduced agriculture poses risks to the economic well being of the Khada people. The project does not come with a socio-economic baseline assessment about how it affects the population in terms of land acquisition or restrictions on land use. The project documentation does not “identify impacts within a project’s social context and the needs and rights of the affected people and develop appropriate actions to minimize and mitigate resettlement impacts.”

With its cultural treasures, mountainous landscape and proximity to Tbilisi, Khada gorge is one of the most popular tourist destinations in Georgia. With the new road project, Khada will lose its identity. A number of tourist organisations and businesses expressed their concern about the project. Ironically, the Georgian government suggests one of the main outputs of the entire Kvesheti-Kobi road project would be a touristic center built in the valley. It remains unknown how the visitors’ center will promote flourishing tourism in the valley after it has been bulldozed with six tunnels and five bridges. 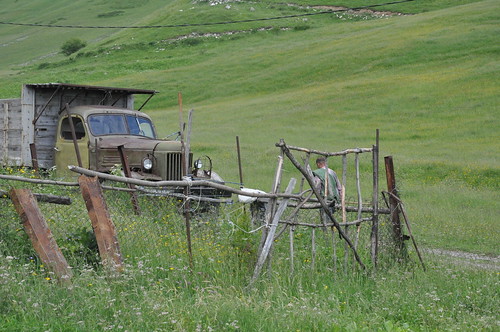 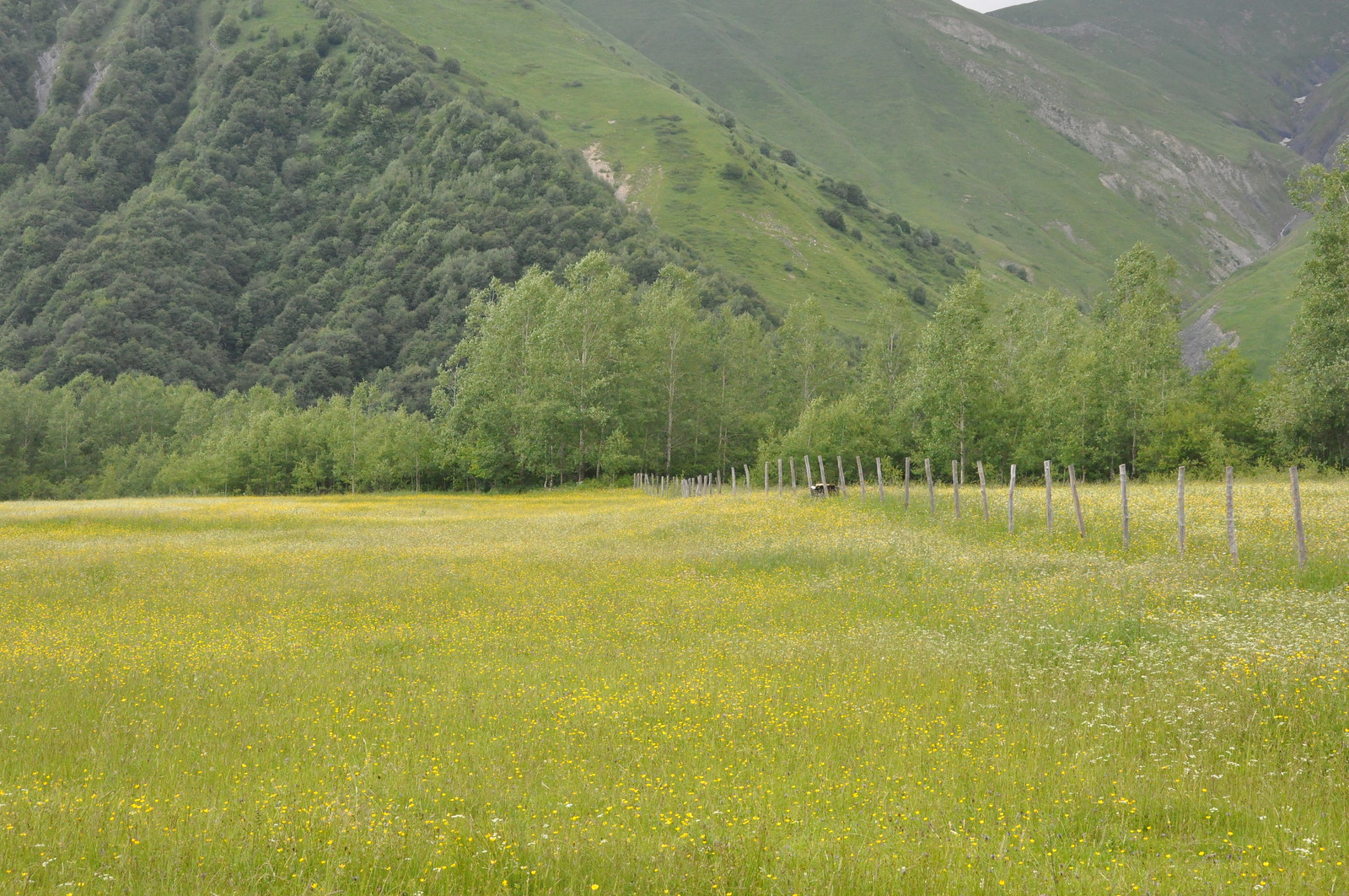 The Khada Valley is a biodiversity hotspot, and as the road  project will heavily impact on the valley’s landscape and biodiversity. This will lead to  irreversible damage in the area.

A biodiversity hotspot, Kazbegi is home to at least six species found on Georgia’s red list, including the Caucasian Goose and Bearded Vulture, the East-Caucasian Capra cylindricornis, Rubicapra rubicapra and Lynx. Two species in the Kazbegi national park are defined as  near threatened according to the Red list of the International union for the conservation of nature. Most of those species were not even mentioned in the project documentation, and an environmental risk management plan is not present. The protection of this area is also important because it is a host to more than 30 000 migratory species per year. The project’s impact on protected areas would be higher during the construction and exploitation phases, especially with increased cargo traffic.

The heavy infrastructure passing near volcanic zones in the Khada Valley is dangerous: if not studied properly, it could cause alarming changes. Geologists said that in the Environmental Impact Assessment the geology of the area has been studied according to “old map” and “outdated methodology”.

Churches, fortresses, towers, old cemeteries and other memorials are some of the monuments in the Khada Valley. It also hosts unstudied archaeological artefacts. The tiny gorge is considered unique as it includes about 0 towers which are known for unique construction.

The road project documentation suggests it will pass the cultural sites by 50-100 meters, which means they are very likely to be ruined. Even the Environmental Impact Assessment states that the road “will have a significant effect” on the monuments. Sufficient mitigation measures are absent in the project documentation. Art experts and archeologists worry that the large-scale construction will bring irreconcilable damage to the monuments, especially in light of the fact that the government began the project without detailed research. 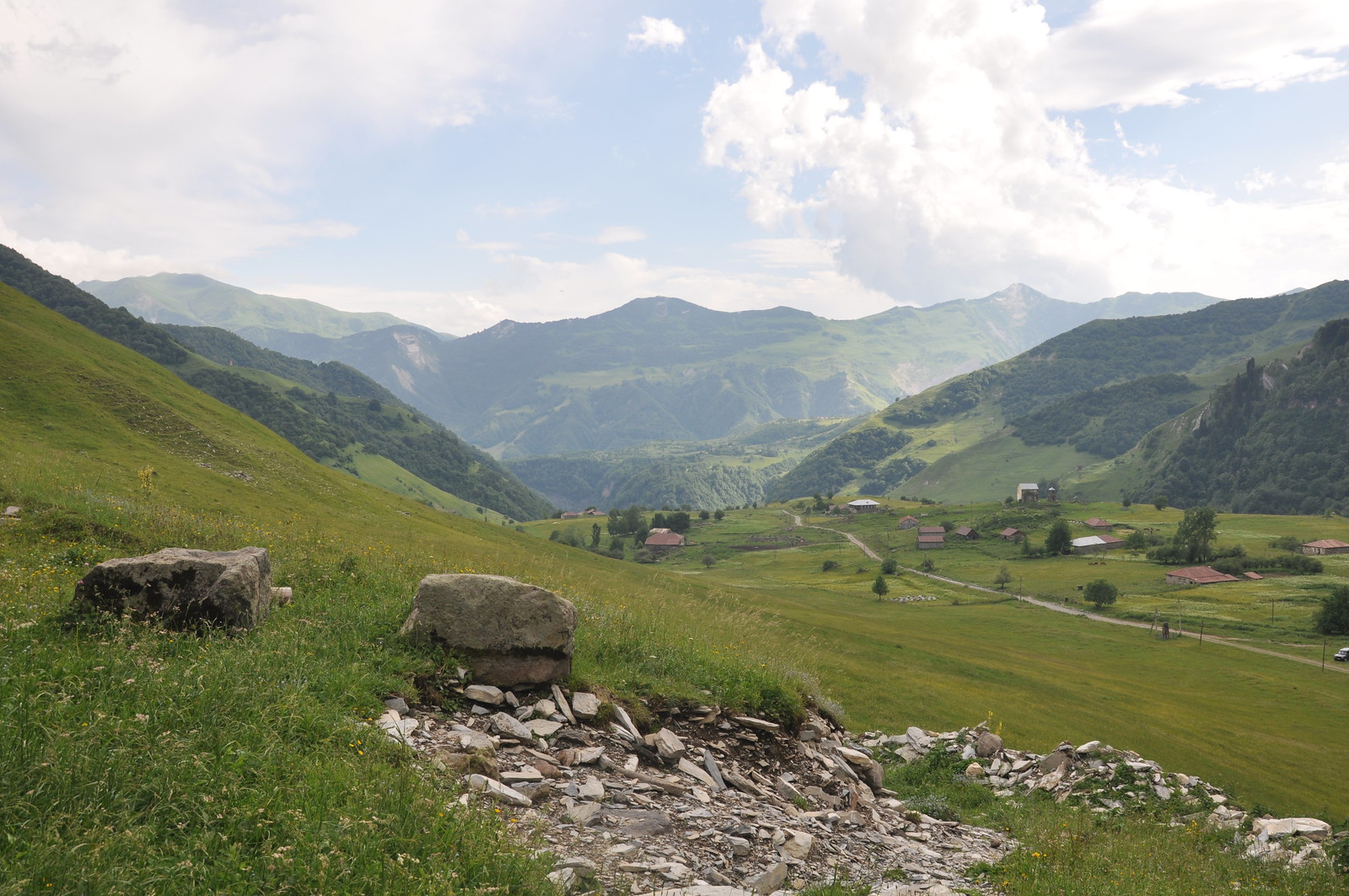 Read the full report on the potential socio-economic and gender impact of the Kvesheti-Kobi road project on the local population.