Comments on the EIB Environmental, Climate and Social Guideline on Hydropower Development 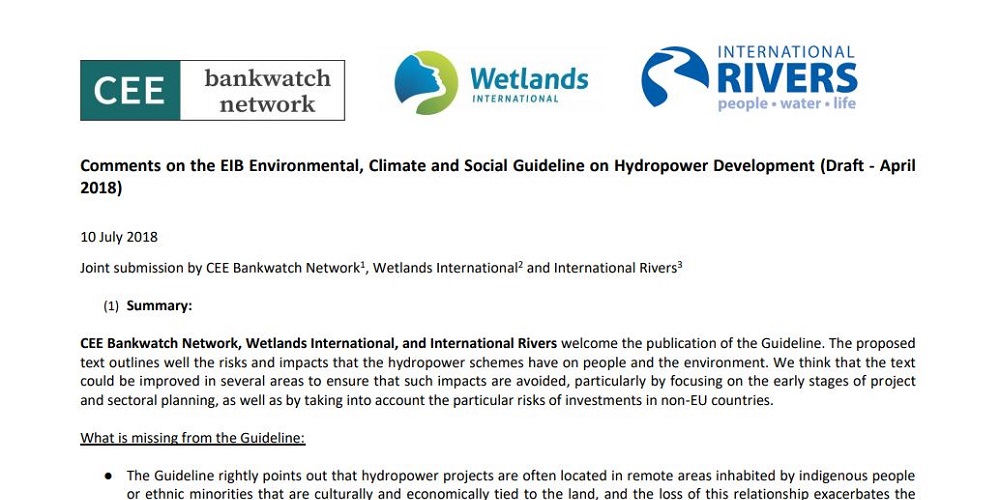 CEE Bankwatch Network, Wetlands International, and International Rivers welcome the publication of the Guideline. The proposed text outlines well the risks and impacts that the hydropower schemes have on people and the environment. We think that the text could be improved in several areas to ensure that such impacts are avoided, particularly by focusing on the early stages of project and sectoral planning, as well as by taking into account the particular risks of investments in non-EU countries.