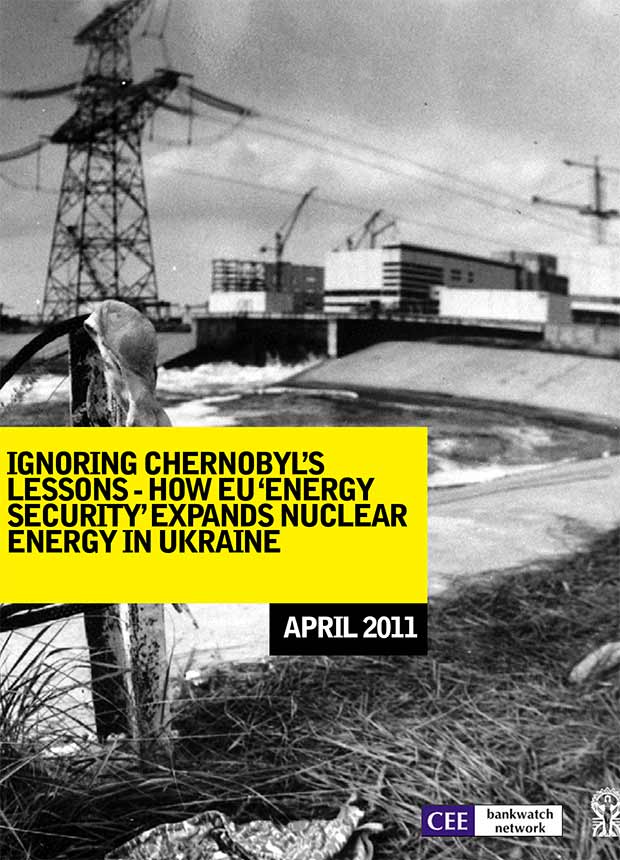 As the world marks the 25th anniversary of the world’s worst nuclear disaster at Chernobyl and against the backdrop of the threat from Fukushima’s nuclear facilities, the Ukrainian government plans to construct 22 new nuclear reactors and extend the lifetime of its old Soviet-type reactors.

Even more surprising, however, is that the European Commission, the European Investment Bank (EIB) and the European Bank for Reconstruction and Development (EBRD) are indirectly supporting lifetime extensions of old Ukrainian nuclear reactors as a means to secure ‘cheap’ Ukrainian electricity exports to the EU Member States.

Our study describes the still unresolved problems at Chernobyl, Ukraine’s nuclear ambitions and the EU’s involvement in these plans. We strongly believe that the EU and international financial institutions should immediately stop providing back-door subsidies to Ukraine’s nuclear sector and instead start to address nuclear safety in Ukraine, while at the same time increasing support for energy efficiency and renewable energy development.