Last year saw international financial institutions such as the European Investment Bank, the European Bank for Reconstruction and Development and the World Bank falling like dominoes one after the other and announcing in rapid succession that they will halt – almost totally – financing for new coal power plants. These banks were also joined by other institutions such as the US Exim Bank and the Nordic Investment Bank, and governments including the US, UK, Netherlands and Scandinavian countries.

Yes, it is easy to get the impression that coal is so last century that no one is financing it any more.

Yet although new-build coal seems to be in its death-throes in most of the EU, in Turkey and the western Balkans decision-makers are still convinced that coal is the next big thing. Turkey is planning to build no less than 75 new coal power plants with over 37,000 MW capacity, making it the fourth most coal ambitious country after China, India and Russia.

In the western Balkans, the planned 6185 MW of new coal plants might seem puny in comparison. Yet, for these relatively small countries, such projects represent a direct clash with their future EU obligations to reduce greenhouse gas emissions and decarbonise their energy sectors by 2050.

Dethrone the Kings of Coal 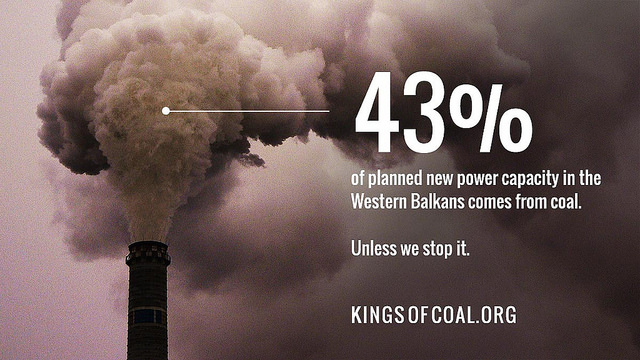 There is increasing resistance to the plans both in Turkey and the western Balkans. But now, with a decrease in the involvement of multilateral banks in coal lending, the companies and banks that are potentially involved (eg. from Japan or China) are often geographically and culturally distant from the affected communities – and, too, there is a missing culture of communicating with the public. This makes it difficult to contact and communicate with the involved institutions about problems associated with the projects.

With this in mind, Bankwatch has put together the Kings of Coal website which explains how to contact the investors behind a project, which policies guide their decisions and how best to contact and influence them. The website is available in English, Serbian and Turkish and covers selected companies and banks from around the world.

The icing on the cake of the website’s user-friendly approach is a custom dossier with information on banks and companies selected by the user that can be sent automatically via email.