A new Bankwatch report has found that loans totalling EUR 818 million from international public ‘development’ banks have supported 75 hydropower projects in the Balkans, including 30 which directly affect protected areas such as national parks, Natura 2000 sites and Ramsar sites.

‘Financing for hydropower in protected areas in Southeast Europe’ reveals how this wave of hydropower development fuelled by European public funding and EU companies is endangering pristine river environments in the Balkans. The EUR 818 million figure has been totted up in recent years by the European Bank for Reconstruction and Development (EBRD), the European Investment Bank, and the World Bank’s International Finance Corporation. The report identifies the EBRD as the biggest investor in destructive hydropower across the Balkans: the bank has supported a total of 51 plants with EUR 240 million, 21 of them inside protected areas, of which the vast majority are in Macedonia.

“Our analysis,” points out Pippa Gallop, Bankwatch’s Research co-ordinator and co-author of the study, “clearly shows that especially for the EBRD, but also the World Bank Group, financing hydropower projects in protected areas is the norm, not an exception. They need to finally start taking their internal safeguard policies seriously.” 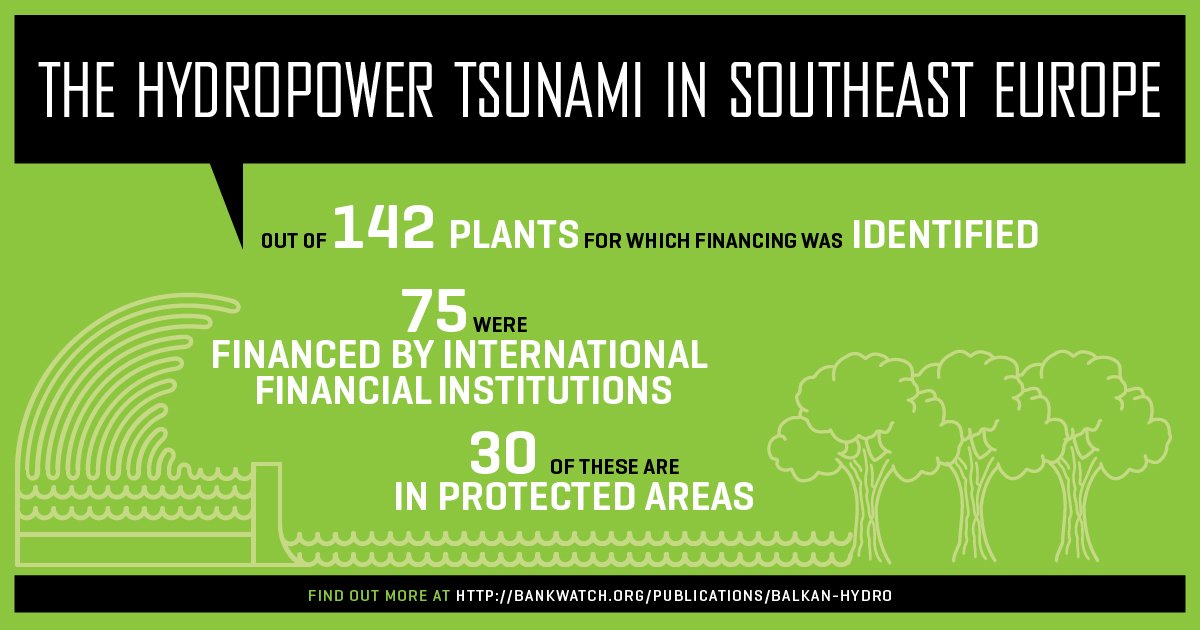