Estonia’s parliament adopted a new renewable electricity target of 100 per cent by 2030. This is a huge leap forward, indicating the necessity of strong political will to carry out the green transition and meet climate goals on time. 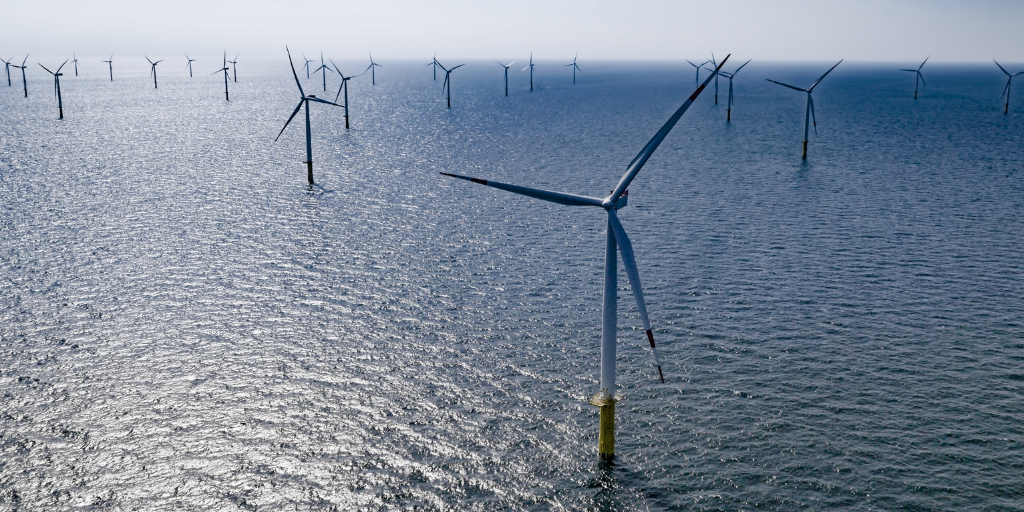 Critics have questioned the rationale behind this amendment, since only one number in the law has been changed. Still, the number is crucial for renewable energy developers, as it signals that their business is in line with the country’s long-term direction and that their endeavours are welcome. It is especially important given that no new wind farms have been erected in Estonia for 10 years, and not because of a lack of interest from developers. The amendment to the law obliges both the current and future governments to quickly eliminate the barriers to the development of renewable energy. Creating additional grid connection opportunities, establishing a wind energy benefit scheme for local governments and residents, and speeding up the planning process are examples of positive steps that have already been taken or are currently being prepared.

The future is wind and solar

Currently, the share of renewable electricity in Estonia is 27 per cent of the final electricity consumption. The existing capacity of wind farms is 320 megawatts (MW) and the capacity of solar photovoltaics is 340 MW, but their potential is many times greater. The missing 73 per cent needed by 2030 should come largely from additional wind and solar power plants. The development of onshore wind farms has stalled in Estonia over the past decade, but if even a quarter of the onshore wind farms currently under development are completed, there could be 1,000 MW of wind energy production capacity in the grid by the end of the decade.

A decisive step towards a green energy transition despite skepticism

Critics have argued that there is no point in fooling the Estonian people by saying that solar and wind farms could produce all our power. They say that in addition to wind and solar power plants, which produce electricity only when wind or the sun is available, we also need dispatchable generation capacity, which can produce electricity on demand whenever it is needed. The existing options in Estonia right now are oil shale, biomass and gas-fired power plants, and nuclear power is being considered as a long-term alternative. None of these solutions are sustainable and could lock us in fuels that are harmful for the climate and the environment. However, recent studies such as the energy roadmap for Estonia made by TaITech and Green Tiger, and the energy system model for Estonia prepared by researchers at Aalborg University in Denmark show that there is no need for fossil fuels or nuclear for dispatchable generation.

The studies used complex models to calculate how to balance electricity production and consumption in all 8,760 hours of the year. The results show that within 20 to 30 years, it will be technically possible and economically reasonable to transition to 100 per cent renewable energy not only in electricity production and consumption, but also in heating, transport and industry, and to maintain dispatchable generation capacity. In the future, these would include local biomass or biogas-fired combined heat and power (CHP) plants, pumped-storage hydroelectric plants, hydrogen fuel cells, district heating storage tanks and consumer (electric vehicle) batteries. Hence, there is no scientific basis for the belief that the possibility to produce power on demand will disappear and our energy security will be threatened by the transition to renewable energy.

The whole EU powered 100 per cent by renewables

Similar conclusions hold not only for Estonia, but also for the rest of EU Member States. Indeed, the researchers at Aalborg University have shown that all 27 EU countries can become fully decarbonised by 2050 just by using 100 per cent renewable energy. This transition would rely on an extensive roll-out of wind and solar energy, while the consumption of biomass would remain limited and based on strict sustainability criteria. Besides wind and solar, one of the most important sectors of growth will be district heating, as almost half of EU’s future heat demand (47 per cent) would be supplied by district heating (and the remaining half covered by individual heat pumps). Excess heat and low-temperature heat sources such as industrial waste heat, geothermal, solar thermal, large-scale heat pumps and electrolysis could supply 60 per cent of district heating, and the remaining 40 per cent would be supplied by CHP, waste incineration and boilers.

The study also provides an answer to the question of whether renewable energy can provide an alternative to fossil fuels and nuclear energy in sectors that are most difficult to decarbonise, such as manufacturing or transport. The answer is ‘yes’. Sixty-six per cent of the manufacturing industry’s energy consumption can be electrified and the rest can be replaced with green hydrogen, biomass or biogas. Electrification is easiest in lower temperature sub-sectors such as engineering and the food industry, whereas the need for hydrogen and biofuels is greatest in the chemical, metal and pulp industries. As for transport, the majority of passenger vehicles can be exchanged for battery-powered electric vehicles, and hydrogen or hydrogen-based synthetic fuels can provide an alternative for heavy-duty road transport, aviation and shipping. Of course, there is no need to replace the consumption of fossil fuels one-for-one in the transport sector, since the future urban space should allow for convenient movement on foot or by bike, and the possibility of remote work will reduce the need for unnecessary trips.

At the same time, the transition to renewable energy will lead to significant energy savings as inefficient fuel burning is abandoned. According to the studies, the full transition to renewables in Europe would lead to a 40 per cent reduction in final energy demand within a couple of decades. The greatest potential for savings is in the transport sector, where energy consumption can be reduced by 50 per cent. The building sector follows, as the deep renovation of the existing building stock would lead to a 40 per cent reduction in the energy consumption of buildings. It is also possible to cut energy consumption in the manufacturing sector by more than 35 per cent with technological changes alone. As a result, people’s living conditions and health will improve, many new high-paying jobs will be created and electricity will become cheaper.

On top of this paradigm ship, the transition will of course require unprecedented level of investments. The authors calculate a need to invest around EUR 2.2 trillion in energy efficiency in buildings; EUR 1.8 trillion in wind and solar power; EUR 1.3 trillion in electric vehicles; EUR 488 billion in electrolysers, hydrogen storage and electrofuel production; and EUR 209 billion in energy efficiency in industry. However, annual energy system costs will remain similar to today, and costs for repairing environmental damage and providing healthcare will decrease significantly. For example, healthcare costs related to air pollution would be reduced by 77 per cent.

The EU funds such as the Cohesion Fund, the European Regional Development Fund, the Modernisation Fund, the Recovery and Resilience Facility and the Just Transition Fund will provide an invaluable opportunity to accelerate investments in these areas. We urge the stakeholders in all Member States to treat these investments as a priority.