The European Bank for Reconstruction and Development will decide next week on another loan of USD 25 million for Myronivsky Hliboproduct (MHP), in spite of repeated attempts by locals to reign in the impacts wrought by MHP. 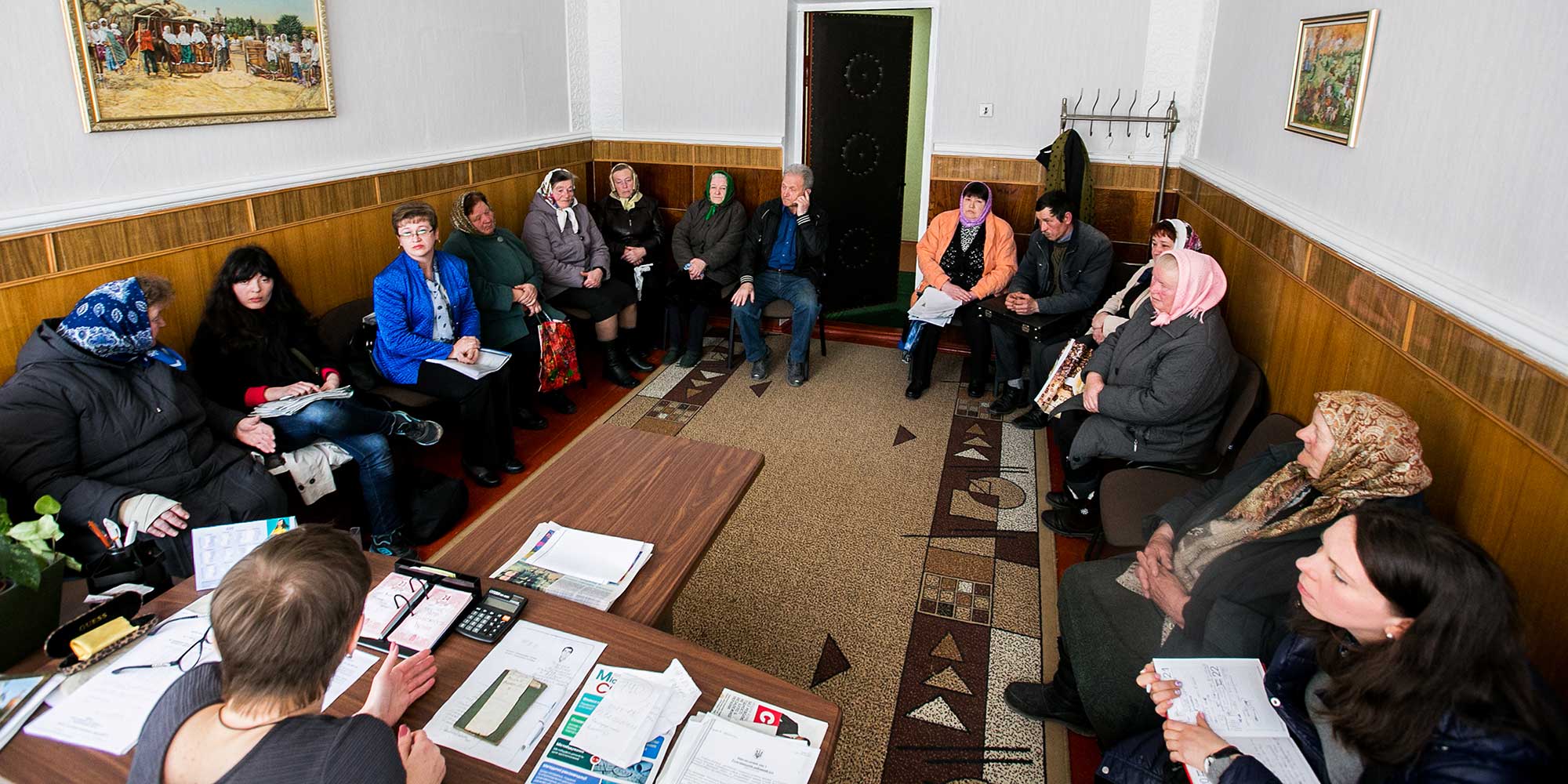 Regular readers of this blog know Ukraine’s agribusiness conglomerate MHP as a company that is in constant conflict with the communities where it operates. In spite of repeated complaints from a number of villages and even violent attacks against active opponents of the company’s endeavours, MHP has received three loans worth USD 161 million since 2010 from the European Bank for Reconstruction and Development, and that sum is set to get bigger.

On 29 November, the bank will decide on another loan of USD 25 million, this time for a 10 MW biogas plant in Zaozerne in the Vinnytsa region. The plant is part of the broader expansion and development of a local Vinnytsa poultry farm, which is owned by an MHP subsidiary and includes the construction of 12 rearing facilities in addition to an existing twelve. The biogas plant and the new rearing facility – ‘Brigade’ 47 – are the two pieces of infrastructure at the source of conflict between MHP and the Zaozerne community.

Adding pollution to an already-polluted area

Zaozerne and the Vasylivka community are located about 10 kilometres from the town of Ladyzhyn and its coal power plant, which is one of the biggest polluters in the region, with the ash sludge from the plant deposited on land in Zaozerne. Brigade 47 and the biogas plant would only add more pollution to the area.

Despite the potential for a substantial increase in pollution, the cumulative impacts from the expansion have not been assessed. This would require an assessment of the facilities connected to the existing 12 brigades that house roughly one and a half million chickens a piece – the slaughterhouse and the wastewater treatment plant. Instead, the preliminary assessment for the biogas plant was based on baseline concentrations of air pollution roughly 30 kilometres from the proposed location of the new plant. The selection of this location necessarily downplays the cumulative pollution risks for these communities from the additional facilities

The project assessment also passes over the impacts from an extension of the biogas plant facility, the combined heat and power generation (CHP) station. While the preliminary EIA mentions a biogas plant, transport and co-generation facilities as one project, the impacts of co-generation are studied neither by MHP nor the EBRD. This is in breach of the bank’s standards.

This map shows the location of agribusiness enterprises and the communities that feel the impacts.

As with both the Brigade 47 and biogas projects, MHP has shown particularly poor engagement with the local communities. Public hearings again were conducted in the smaller of the two relevant villages, Vasylivka. This means that the larger part of the community that resides in Zaozerne had no chance to be heard, as they were not informed about the public hearings, so they could not comment on the project’s design.

This follows developments in Spring 2017, when Zaozerne activists filed a court case to the Vinnytsya Administrative Court to cancel a ruling of the Head of the Tulchyn Rayon State Administration, which resulted in the current construction permits being granted. Locals also sent a petition to Ukraine’s president, condemning the actions of MHP’s owner, the oligarch Yuriy Kosyuk.

The court case was closed in August but in October the appeal court reopened the investigation. The Head of the Tulchyn Administration, however, filed a court case against four local activists and a local online media site. This in our in our view was done to intimidate and criminalise voices critical of the project, furthering the perceived contempt of MHP for local dissent. Locals have also reported instances of surveillance, pressure placed on relatives and visits from the state security services.

Too soon for a loan

Considering the legal irregularities in the local approval process and the incomplete impact assessment, approval of an EBRD loan for MHP’s biogas plant is premature. A decision on the project should be postponed at least until the Environmental and Social Impact Assessment for the full project (including the biogas plant and cogeneration) is developed, the cumulative impact assessments are completed and locals are allowed to freely express their opinion without intimidation.