A meeting of civil society and the European Investment Bank’s Board of Directors saw a surprising degree of agreement between two often adverse groups. 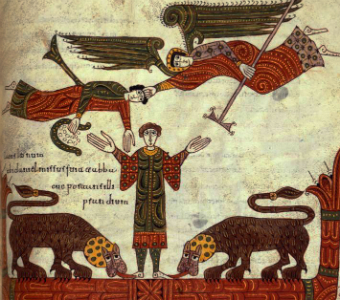 This week saw the second ever meeting between the European Investment Bank’s Board of Directors and civil society representatives. It may have been a less historical event than the first meeting in 2011, but it was still a welcomed chance for non-governmental organizations (NGOs) to discuss the EIB’s operations with the bank’s high level staff and directors.

The impression I got was that both NGOs and EIB appreciated the exchange and I’m glad the EIB committed to repeating and even intensifying similar meetings in the future.

At the session on climate action – more relevant than ever now that the EIB is reviewing its energy lending strategy – the EIB heard a loud and clear call from civil society organisations that it needs to more seriously tackle the European Union’s long-term de-carbonisation objective for 2050. As a starting point – an equally unanimous opinion among NGOs – the EIB should effectively stop its lending to coal, even if it is not a major part of its energy portfolio. Instead it should boost its investment in energy efficiency (highlighted also by Austrian Director Wolfgang Nitsche) and renewables financing, which can both still be improved.

I had a similar impression of general agreement at the session on promoting jobs and growth in Europe. NGO participants’ view that environmental sustainability and economic growth should not be seen as a trade off corresponded to EIB statements about the priority of long-term sustainability objectives. The admission by EIB staff that a too strong focus on GDP growth has its limitations rather unexpectedly concurred with the opinions from NGOs, who called for corrections in the EIB’s operations for example through the application of life cycle analyses.

A more articulate, almost fundamental rift however marked the session on growth and development. Faced with calls for much more accountability and the full inclusion of local communities, the EIBs vice-president Pim van Ballekom claimed there was no need because the EIB was fully accountable – after all projects need consent from the European Commission and hosting country governments. That this isn’t nearly enough in the practice of development finance was exemplified by Robert Kugonza from the Ugandan NAPE who invoked the case of the Bujagali Dam to underline the urgent need for more transparency and greater inclusion of affected communities.

Similarly, while the EIB staff regards its year old Results Measurement Framework (REM) as a “game changer” in measuring the EIB’s impacts outside of Europe (a long-standing call by civil society organisations), NGOs complained they had no chance to get acquainted with the methodology because it hasn’t been made publicly available.

More on the European Investment Bank, the ‘EU bank’

Background, publications and news on the Šoštanj lignite power plant

Finally, the afternoon seminar with the Board of Directors saw Slovenian organisations calling on the EIB directors not to finance the Šoštanj power plant – a project facing several corruption investigations at the moment. That the EIB has always treated all fraud and corruption allegations very seriously, as Secretary General Alfonso Querejeta emphasised, hopefully means that no money will be disbursed until the investigations are resolved.

Debating differing views can be challenging – no doubt both for NGO and EIB personnel – but there is no alternative to open discussions if the EIB wants to be an accountable institution. Therefore I appreciate the chance to discuss with the EIB Board of Directors and I am willing to continue on future occasions.

Yet, more important than constructive discussions is the practical implementation of what is widely seen as the right way forward. It is now up to the EIB management and staff to follow-up on some of the so far only abstract accordance.