A new report shows how private western-based companies are benefiting from multilateral development banks’ support while governments and citizens in recipient countries are delegated to the sidelines. 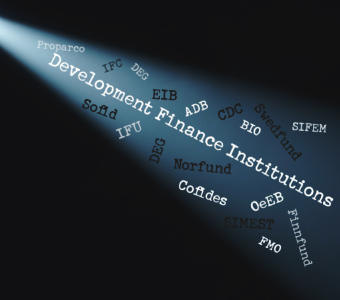 The European Network on Debt and Development (Eurodad) launched today the study A Private Affair in which it shows how the world’s biggest multilateral lenders are using billions of euros of loans in developing countries to finance Western-based companies while excluding governments and citizens of countries they are meant to assist from decision-making.

The analysis, which looks among others at loans by the European Investment Bank (EIB) and the International Finance Corporation (IFC), the World Bank’s lending arm, analyses the consequences of the gradual shift from aid to private finance at the core of global and national development initiatives.

By 2015, the development finance institutions suveryed by Eurodad will be lending over 100 billion US dollars, the equivalent of almost two thirds of official development assistance.

Yet this huge amount of money hardly benefits those it is nominally meant to support, the most vulnerable people in developing countries.

The report A Private Affair (pdf) finds, among others, that:

One of the examples studied in the report is the case of the EIB’s 14 million euro loan to the resort ClubMed in Morocco. While this amount may be generally added up to the institution’s support for North African whose plight was brought to world attention by the Arab Spring, in reality it is hard to argue that the loan benefits anyone but the European owners of the resort. While the EIB claims that the loan will contribute to sustainable tourism and local employment, local organisations in Morocco denounce the project’s impact on the environment and the land grab associated with the construction of such gated resorts.

A Counter Balance video shows how little the ClubMed resort has to do with development:

After going through these startling features of the activity of development finance institutions, Eurodad concludes with a set of recommendations to these institutions:

Otherwise, if such recommendations are not taken into account, rich countries are only pretending to finance development, when instead they finance their own businesses wreaking havoc in developing countries for private gains.