Promoting gender rights and women’s empowerment has become a trend among multilateral development banks (MDBs). Organising discussions on best practices and promoting gender-related issues is welcome, but it is crucial that banks ensure meaningful protection and support to the women most affected by international public investments. 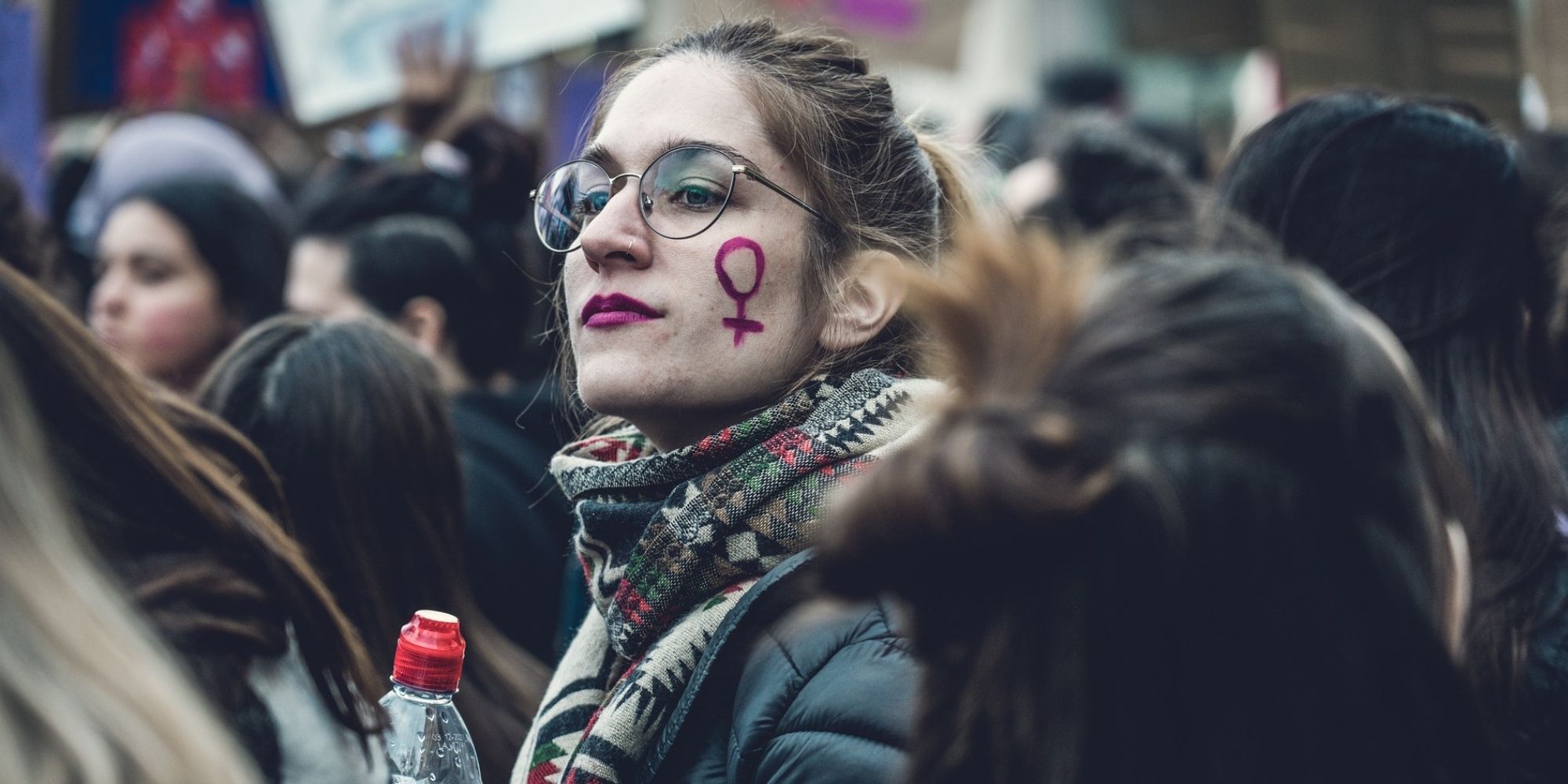 MDBs are well aware that gender mainstreaming and positive discrimination contribute to economic growth. A wide range of research evinces that the more empowered both sexes are, the more economic prosperity a country achieves. For example, the OECD has found that much of the growth in the OECD zone over the past several years can be attributed to the increase in women’s labour force participation. A society’s economic potential is only achievable if all its members are provided with access to opportunities for economic participation.

Development banks have supported women as growth contributors and taken steps to support the economic empowerment of women and girls. However, because MDBs are public banks, they have commitments beyond economic empowerment. They should follow their environmental and social due diligence and protect human rights, including gender rights.

Are MDBs doing enough to protect women and to achieve gender equality for all, including for the most underprivileged? On International Women’s Day, we summarise what development banks are currently doing to advance gender equality and women’s rights, and how they can be more effective in their efforts.

The European Bank for Reconstruction and Development (EBRD)

The EBRD’s Strategy for the Promotion of Gender Equality 2016-2020 emphasises the economic empowerment of women. However, it lacks a focus on gender safeguards, including those for gender-based violence and harassment (GBVH).

For the next period, the EBRD plans to have a joint Equality of Opportunity Strategy, which will include support to women and other marginalised groups. The EBRD’s first woman president, Odile Renaud-Basso, in her interviews as a presidential candidate in 2020, responded to criticism of the EBRD for not doing enough on gender. While she said she was cautious about the additional burdens of data collection, Renbaud-Basso proposed assessing each project’s impact on gender balance. Her leadership on the new strategy should hopefully help the Bank widen its strategic fit to include gender safeguards that protect women from GBVH in EBRD-supported activities.

The World Bank Group’s Gender Strategy 2016-2023 promotes economic empowerment, recognises gender safeguards and promises to combat and prevent gender-based violence. The World Bank prioritises combating violence against women, especially in developing countries, and states that gender-based violence is estimated to cost countries up to 3.7% of their GDP – more than double what most governments spend on education.

The Green Climate Fund, in addition to its Gender Policy and Gender Action Plan, has a specific Policy on the Protection from Sexual Exploitation, Sexual Abuse, and Sexual Harassment. This should help the GCF to address gender issues holistically within GCF-funded activities, although it is unclear how these policies guide the investments of GCF’s accredited agencies, such as the EBRD.

The EIB adopted the EIB Group Gender Strategy ‘Protect, Impact, Invest’ as well as the EIB Gender Action Plan in 2016. Both the Strategy and the Action Plan lack timeframes for when objectives should be achieved and activities should be implemented. Nonetheless, combating gender-based violence, and protecting and supporting victims is a priority area of the strategy, together with promoting gender equality and women’s rights across the world.

What can MDBs do to support gender equality and women’s rights?

MDBs are doing a lot of work to communicate their commitments to gender equality. They are certainly organising a lot of events on the subject, such as a recent roundtable discussion on gender approaches for an inclusive recovery, or the webinar ‘Women leading on Green’. However, it is important that these words are put into action and that banks recognise women not just as contributors to economic growth but as right-holders, as their environmental and social policies prescribe. Below are some recommendations for banks to help improve their commitments to gender equality.

1.Give voice and agency to project-affected women

Several development projects have shown that the MDBs fail to provide access to gender-specific project information, and also fail to comply with their own gender standards. For example, the ADB’s and the EBRD’s accountability mechanisms found the banks non-compliant with their safeguard policy provisions related to gender rights in their reviews of the Nenskra hydropower plant project.

Since January 2020, CEE Bankwatch Network, together with its member groups in Georgia and Macedonia, has been requesting the disclosure of gender assessments at the country, sectoral and project levels from the EBRD and the GCF. No such assessments were disclosed as of March 2021. MDBs need to follow their own policies on gender and public participation, ensure the meaningful participation of women and commit to provide the right to information on both opportunities and adverse impacts on affected communities, including on the differentiated impacts on women.

As banks have different strategic and structural approaches to their gender policies, there is a need for benchmarking and mutual learning between the banks to make sure that their approaches to gender equality are cutting-edge. For example, there is a need for benchmarking EBRD gender strategy with those of its partners, e.g. the EIB, the Green Climate Fund and the World Bank, so that it includes gender safeguards and protection against gender-based violence.

3. Provide a specific and targeted response to gender needs and grievances

A noteworthy example comes from the small Ugandan community of Bigodi, which together with local, national, and international allies, mobilized to demand redress for harm done by a World Bank-funded infrastructure project, and in doing so, catalyzed changes at the World Bank aimed at preventing similar abuses in the future.

MDBs have to make sure that their gender standards are concrete and targeted at specific sectors and groups. For example, the IFC and the EBRD are developing toolkits for gender mainstreaming in different areas, such as district heating and gender-responsive climate reform, and tools for combating gender-based violence in the private sector. Other banks could use these toolkits as models.

Many MDBs have already raised the alarm that the COVID-19 pandemic is not gender-neutral. According to the International Labour Organisation’s research, women would have lost 8.1 per cent of their wages in the second quarter of 2020, compared to 5.4 per cent for men. Women are more exposed to the pandemic as care-workers and care-givers. The President of the EBRD stressed that the inclusion of women is among the Bank’s key efforts in the post-COVID recovery and is the EBRD’s priority with regards to gender mainstreaming.

MDBs have to ensure meaningful public participation and consultation for women and women’s organisations in the design of projects they will be affected by, even if this is made harder by COVID-19 restrictions.

5.Focus on marginalised women, especially in developing and conflict-affected countries

MDBs should pay special attention to the most disadvantaged women, such as women with disabilities and those living in conflict-affected countries and non-democratic regimes. Unfortunately, MDBs often tend to disregard vulnerable women and girls instead of prioritising their interests. The case of Nairobi-Mombasa road in Kenya, supported by EIB, shows how vulnerable women and children could have become homeless because of the big infrastructure project that took their homes. Vulnerable women are the most affected by poverty and the risks of gender-based violence and typically have less rights than men. Protecting and empowering these women will help counter the greatest gender inequalities in the world.

On International Women’s Day as well as every day, it is important to remind MDBs about their gender commitments. While banks publicly communicate their commitment to gender equality, they should also comply with their own gender standards in every project that they fund. Approaching the issue not only through the economic lens but also through the human rights lens would help bring us closer to gender equality, and MDBs need the proper strategies and tools to do so.