The story of the defaulted company Mriya Agro Holding shows what risks investors and creditors are willing to take in the pursuit of profit in Ukraine’s agribusiness. Major creditors, including the International Finance Corporation and export credit agencies have been left with little hopes of recoveries. The European Bank for Reconstruction and Development has escaped the financial loss by a hair’s-breadth. 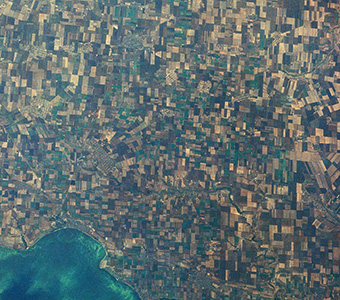 On January 20, the name of Mykola Huta, the co-owner of the defaulted Mriya Agro Holding, was placed on the Interpol’s list next to the former President Yanukovych and other top government officials wanted for embezzlement. Huta is sought by the Ministry of Interior for fraud committed “on a large scale or in an organized group”. Huta is suspected of defrauding over USD 100 million from foreign investment funds. The decision came after creditors and the company’s owners had failed to agree on ways how to restructure the company and avoid insolvency.

Interpol’s warrant for Huta is only the pinnacle in a long story of fraudulent appropriations on the side of the company and insufficient assessment on the side of enchanted investors and creditors. The case also provides a curious example of how investors have been rushing to invest in Ukraine’s agricultural sector while overlooking the risks associated with their investments. And while investors are likely to be most concerned about financial risks, a range of negative environmental and social impacts have been associated with the expanding agro business in Ukraine as well.

But coming back to Mriya: For years, Mriya stood as a text book case of a success story of a family-owned business that turned into one of the largest agro holdings in Ukraine. From owning 50 hectares of arable land in 1992, Mriya grew to operate 320 000 hectares growing mostly wheat and corn on the rich black soil in the country’s west. [1]

The European Bank for Reconstruction and Development (EBRD) supported Mriya’s pre-harvest and post-harvest production with a EUR 18 million loan (USD 24.1 million). Additionally, export credit agencies such as the Export-Import Bank of the United States and Danish EFK have provided credit and guarantees for Mriya to purchase machinery and equipment from the US and Danish companies.

… and not so sudden decline

On August 1, 2014 Mriya surprised the market when it reported its failure to make bonds interest payments. The total amount of Mriya’s debt to commercial banks, investment firms and international financial institutions was later estimated at USD 1,28 billion.

Yet, apparently clear signs of Mriya’s troubled stock could have been observed years before the default.

In July 2012 the Ukrainian investment house MillenniumCapital published a report on Mriya’s business activities entitled “Too good to be true”. Warning against high default risks, the report presents evidence for the company’s financial mismanagement. The analysts note that since 2008 the company reported unusual cost reductions, used inflated production numbers, was involved in questionable land lease acquisitions, had dubious relationship with affiliated sugar mills and operated a commercial bank with capital of unknown origin.

Surprisingly, the fact that the company was historically manipulating numbers went unnoticed by its creditors. Only six months prior to the default, the IFC’s board of directors authorised a USD 65 million loan for Mriya to finance crop production. As a result of wrong project assessment, the IFC is currently Mriya’s largest bank creditor. The EBRD was more far-sighted or luckier with its debt recovery as Mriya repaid its loan to the Bank in January 2014.

It is a matter of speculation, what role Hans Christian Jacobsen, the Danish national and Mriya’s former director, played in sealing financial deals with the individual IFIs. Coincidentally, Mr. Jacobsen had worked as the Director of Agribusiness at the EBRD for 15 years. After a five year grace period he accepted the position with Mriya where he stayed from March 2011 until he left the boat at the verge of sinking in August 2014.[3]

The Ukraine government treats Mriya as a case which might decide about the trust of foreign investors to support the recession-hit economy. Agribusiness is a vital cash bearer for Ukraine, accounting for about ten per cent of GDP and 20 per cent of total exports.

On the other hand, the growing land concentration and the increasing number of agro companies with international ownership demonstrate that foreign investors and international creditors are ready to take high risks when tapping the potential of the “global breadbasket”.

This is all the more lamentable when these risks are taken with public finance, when they happen under dismal due diligence and when the direct project impacts – including bad labour conditions, land use without the owners’ consent, biological waste pollution, etc. – trigger fierce opposition by locals.

2. In addition to the three primary agriculture loans, the IFC signed an investment project for energy efficiency at Mriya’s sugar plants in 2012. The size of the loan is not specified and it is unclear whether the project went ahead.

3. Hans Christian Jacobsen led the Agribusiness team at the EBRD from 1991 to 2006. From March 2011 to June 2013 Mr. Jacobsen had a directorship with Mriya Agro Holding. From June 2013 he served as an Independent Non-Executive Director Mriya Agro Holding resigning on August 13, 2014.